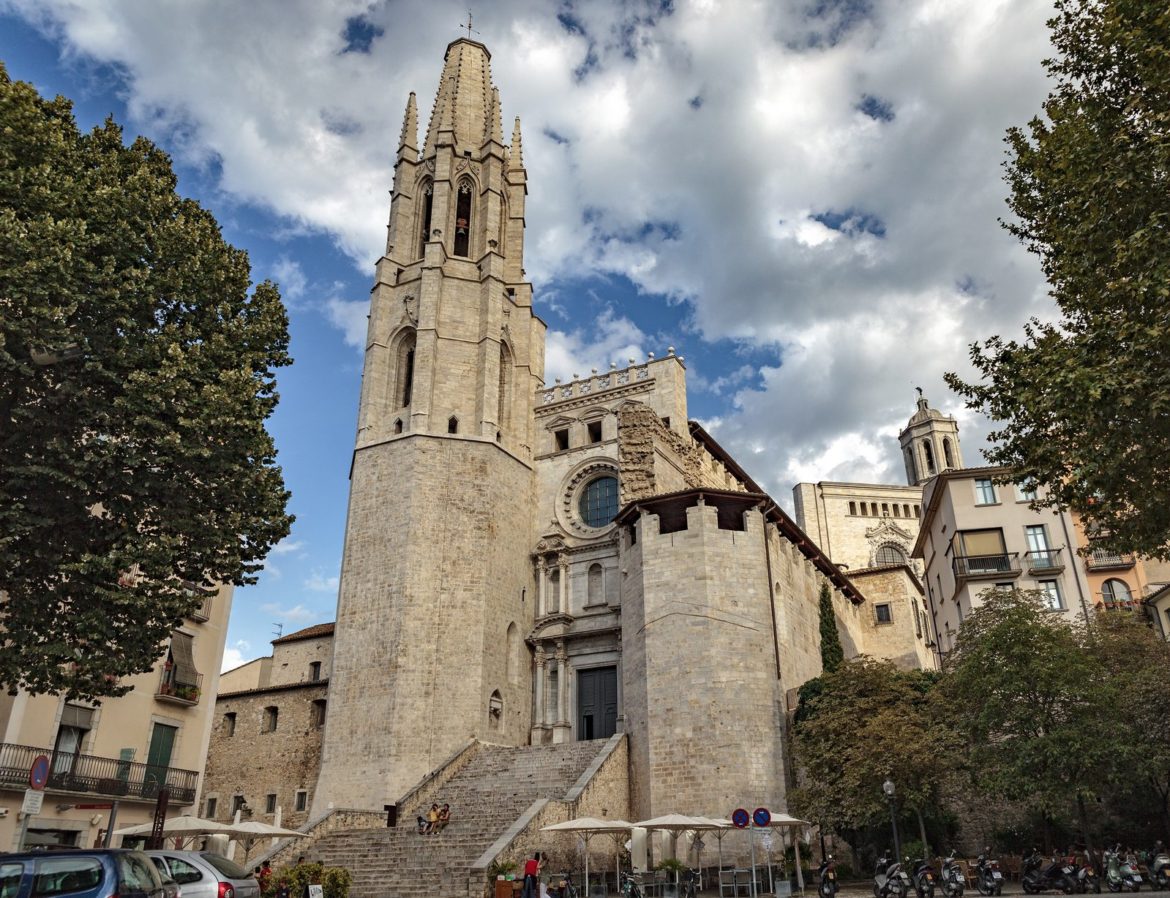 Girona – a fairy tale city, a dream city! The capital of the province of the same name, traditionally the richest region of Catalonia. The city is more than 2,000 years old, its history is full of events, like a chronicle in the newspaper of the yellow press. Iberians, Romans, Visigoths, Moors and Franks managed to visit here. The strategic location of the city between Madrid and Paris, as well as the fertility of local lands made Girona a scene of numerous military conflicts. The once formidable fortress of Girona survived 25 sieges, but surrendered at the mercy of the winner only 7 times. The last time Girona withstood a seven-month siege of Napoleonic troops in 1809, it was then that the city was quite seriously destroyed.

Among the attractions of the old city, the most beautiful church  Església de Sant Feliu should be noted. Here the martyr Saint Felix, as well as the patron saint of the city, Saint Narcissus, are buried. Legend has it that after the capture of the city by the French in 1285, the grave of St. Narcissus was desecrated by the invaders. A flock of angry midges flew out of the grave, which bit the uninvited guests to such an extent that they plunged them into an erratic flight. Saint Narcissus sent his midges several times to defend the city; since then he has been revered as the patron saint of the city, and the fly is a symbol of the city. The celebration of St. Narcissus in Girona lasts a whole week in late October – early November.

The old Jewish quarter in the old city, miraculously survived to the present day since the expulsion of Jews from Spain who refused to convert to Catholicism at the end of the 15th century, is considered one of the best preserved in Europe. And until the expulsion of the Jews in Girona was one of the most influential schools of Kabbalah in Europe.

But more than ever the city blooms with the brightest colors in the days of the traditional annual festival of flowers and design Temps de Flors Girona.

We bring to your attention a few photos of the city.

In the first photo – the church of St. Felix. 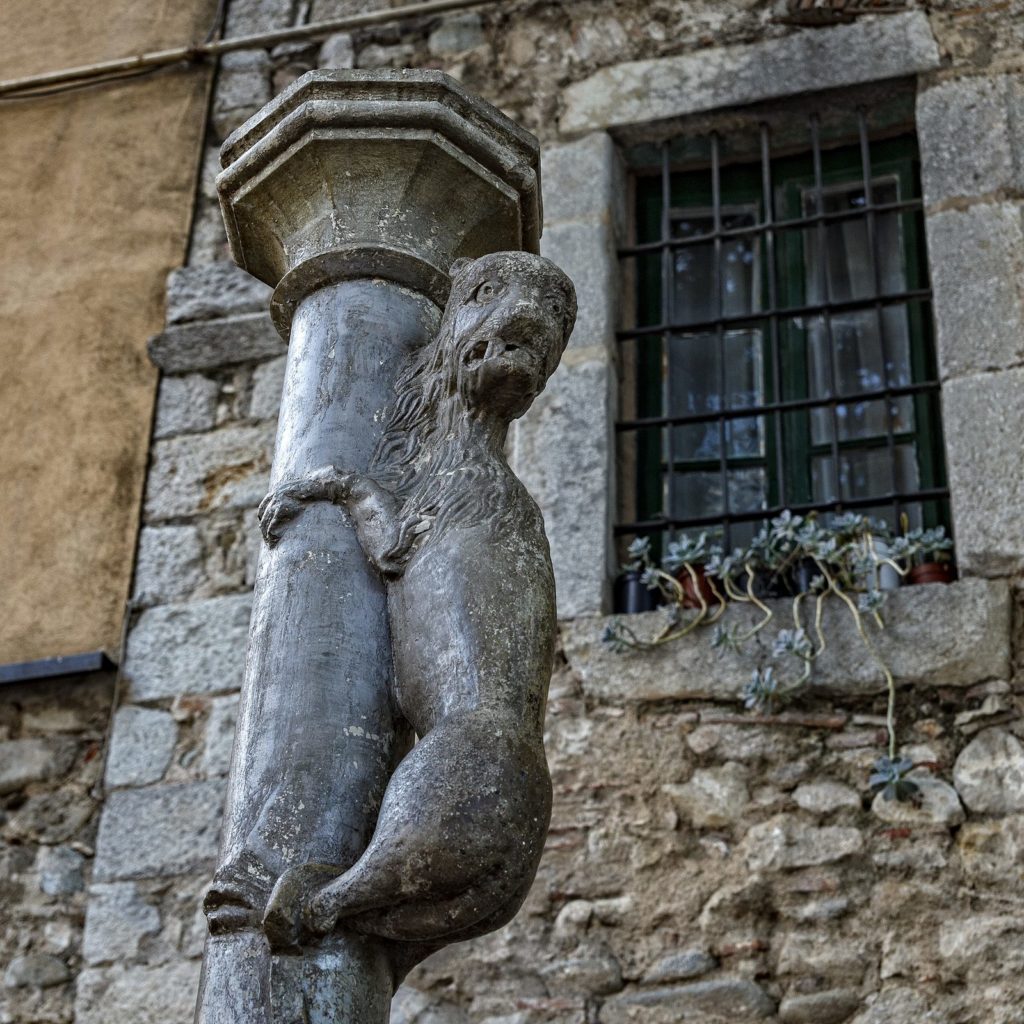 The famous Girona lioness. According to legend, every new citizen ща the city had to kiss a lioness in the buttock, in order to thus take the oath of allegiance to Girona.
*** 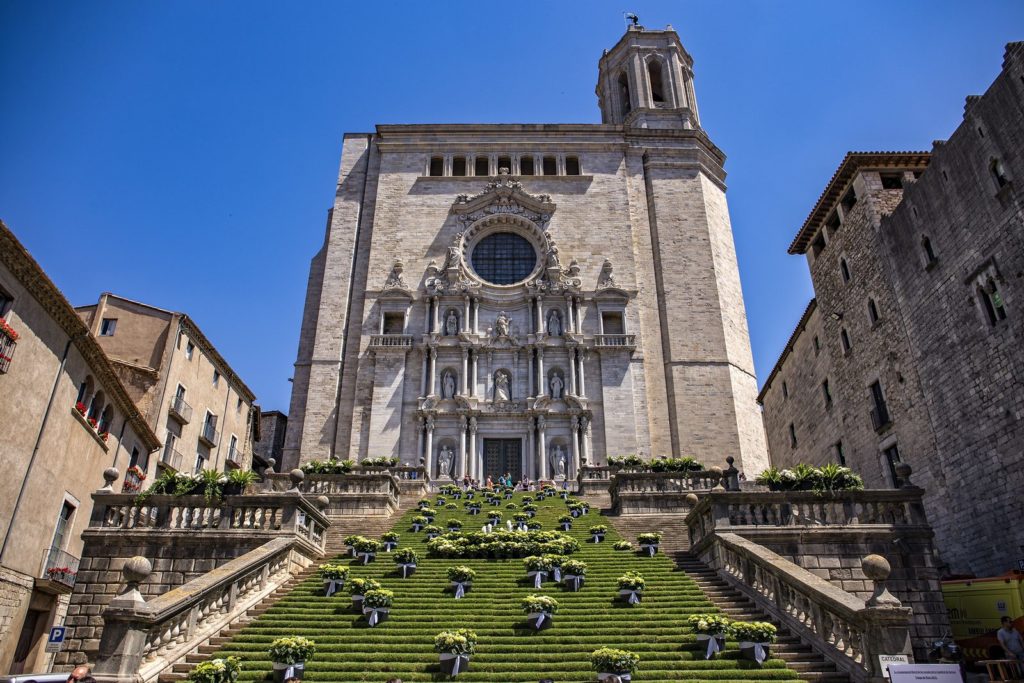 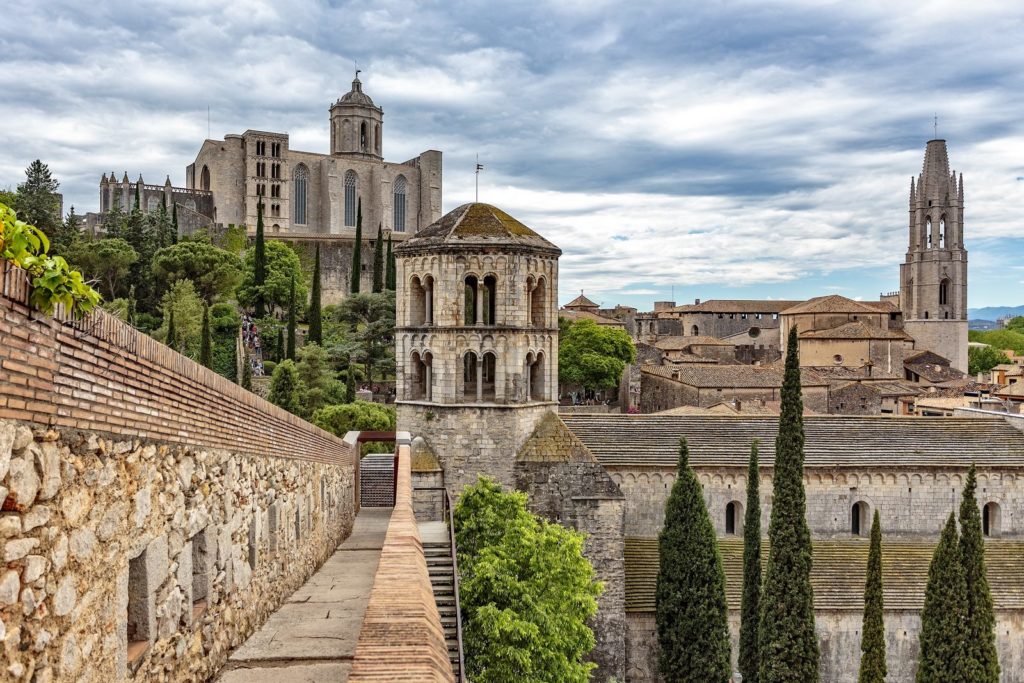 In one photo at once you can see the Cathedral, the Church of St. Felix, as well as the monastery of Sant Pere de Galligants.
*** 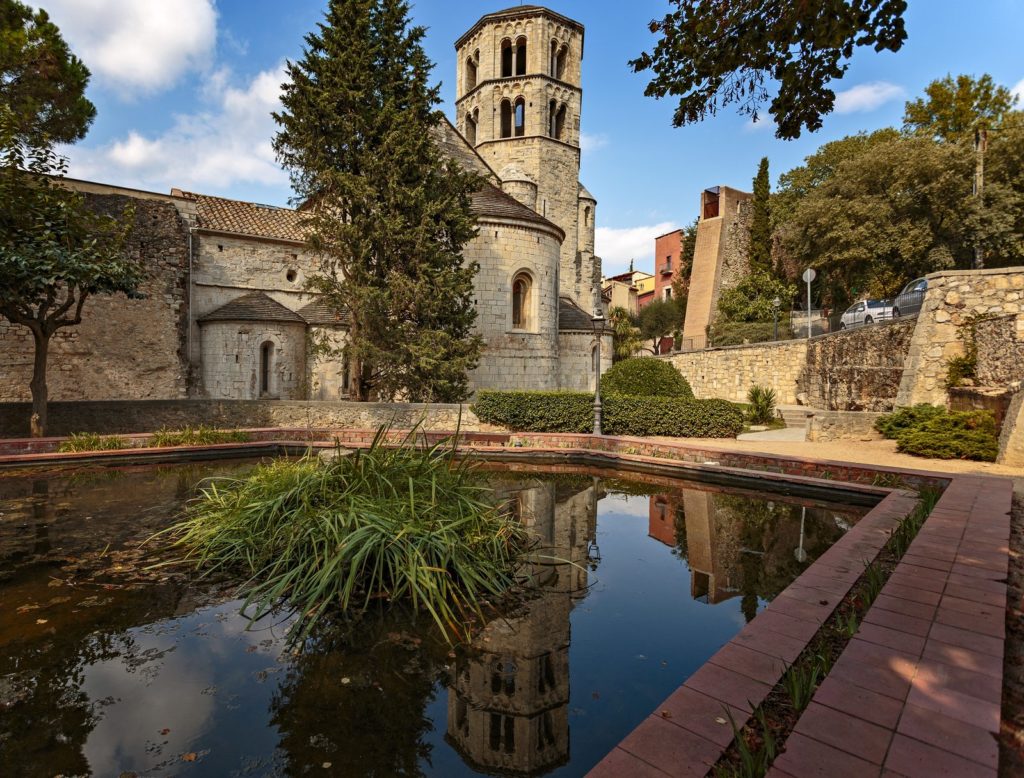 The bell tower of the monastery of Sant Pere de Galligants.
*** 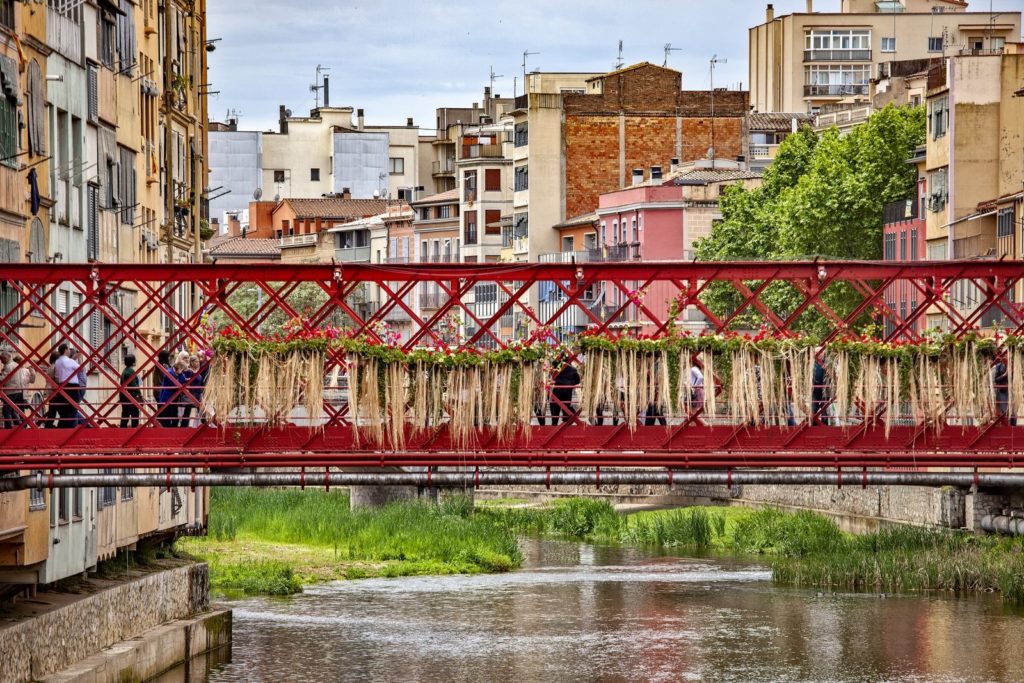 View of the Pont de les Peixateries Velles bridge during the Temps de Flors Girona flower festival in 2016. This bridge is widely known as the Eiffel Bridge. French engineer Gustave Eiffel built it by order of the Girona City Hall 10 years before the famous Eiffel Tower was built in Paris. Do you know that this very tower was supposed to be originally built in Barcelona? Barcelona City Hall did not accept the project, as it was considered too avant-garde. They would have looked at what modern installations adorn Barcelona today… 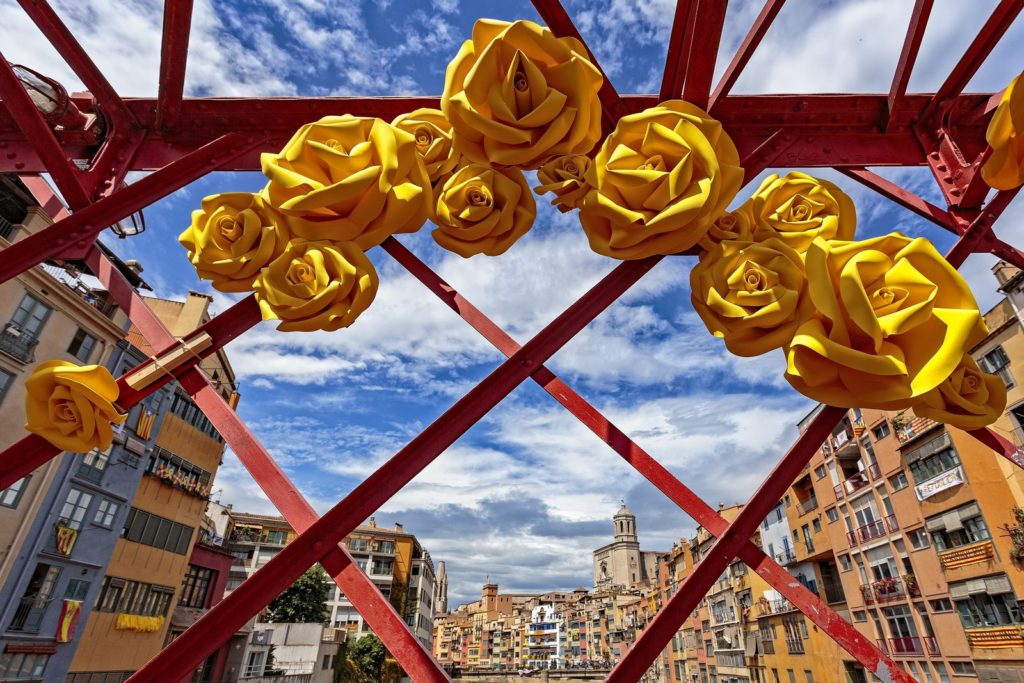 View from the Eiffel Bridge on the Cathedral of Girona, this time during the days of the Temps de Flors Girona flower festival in 2018.
*** 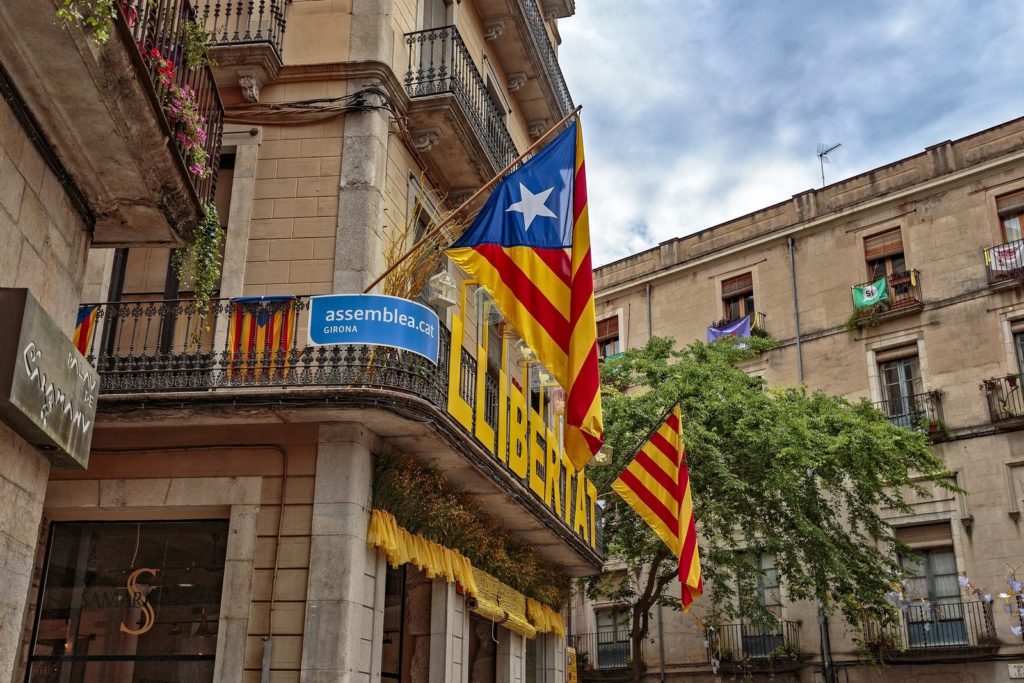 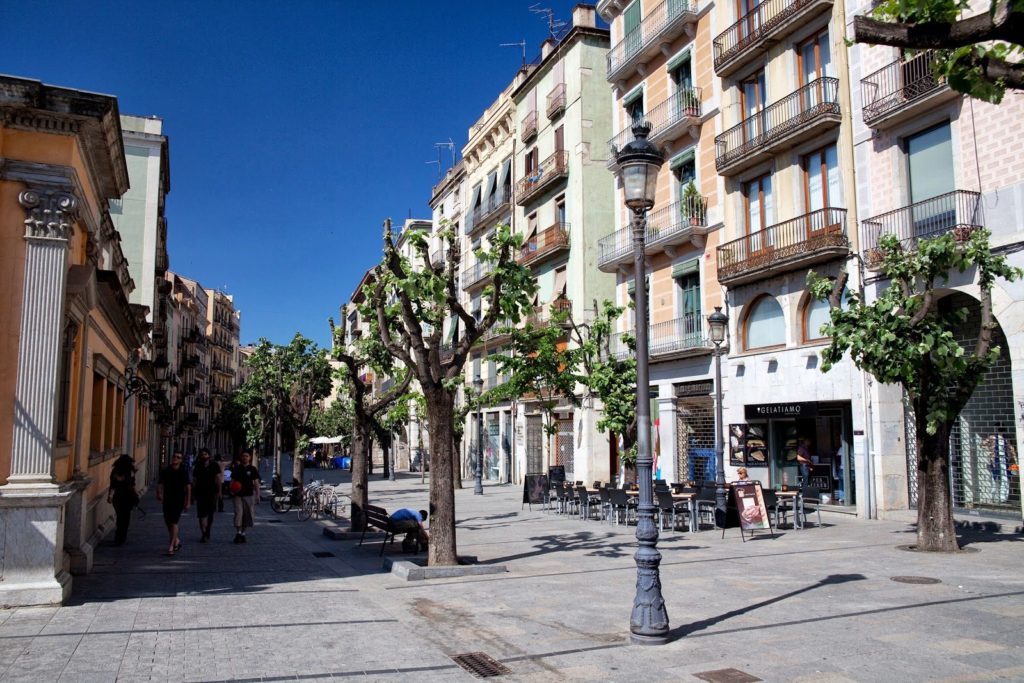 Rambla is a pedestrian boulevard in Girona in the spring.
*** 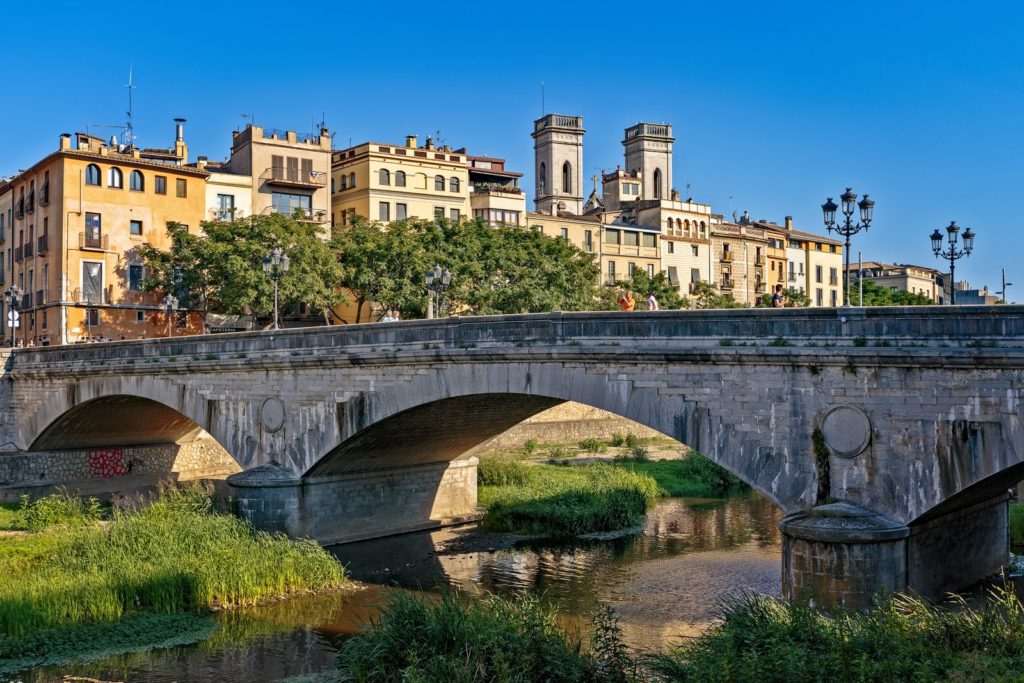 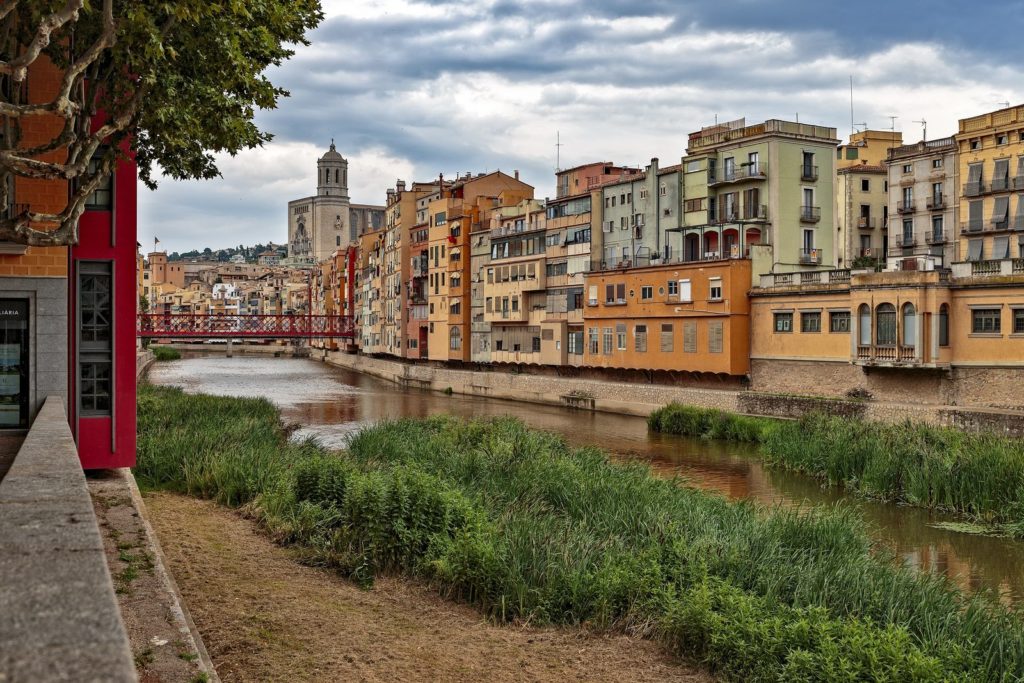 View of the Onyar River and the Cathedral of Girona.
*** 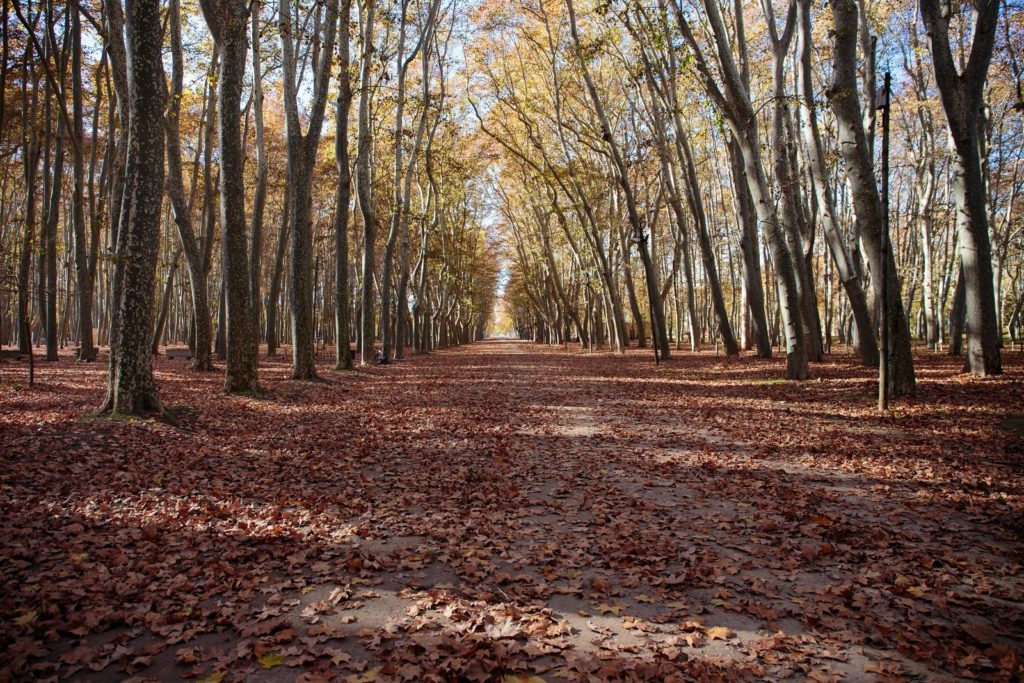 La Devesa Park is a favorite place for Girona residents to walk, located just a few steps from the old town.
*** 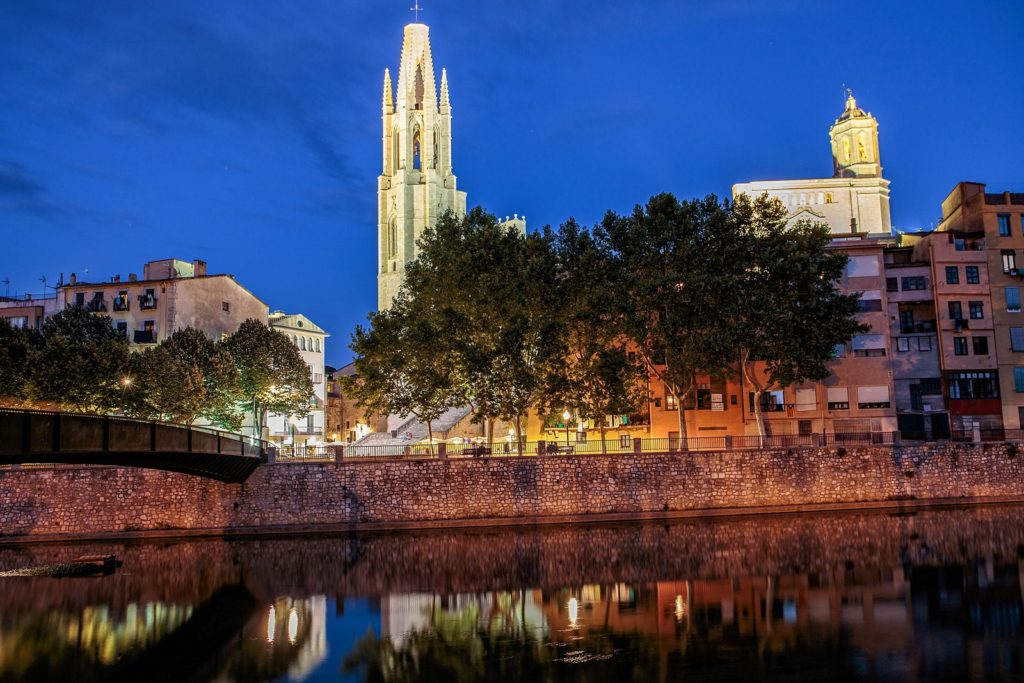 Evening view of the Onyar River, the Church of St. Felix and the Cathedral.

You can wander endlessly through the narrow rocky streets of the old city, breathing in the aroma of the Middle Ages. A small guide to Girona with photos can be viewed on our blog following the link.