The old village of Monells, part of the so-called “golden triangle” of the Catalan villages (formed by Monells – Peratallada – Palau-Sator), is located in the vicinity of the city of Bisbal, the capital of our county (comarca in Catalan) Baix Emporda.

The village is part of the municipality with the hard-to-pronounce name Cruïlles, Monells i Sant Sadurní de l’Heura. According to the official website of the municipality, the tireless bloggers of those times wrote about Monells back in the 10th century! The village arose around an old castle, from which, unfortunately, practically nothing has survived until today. The sages say that the name of the village arose thanks to the mills (molins), which were located on the banks of the river Rissec flowing through the center of the village. We propose not to dispute this opinion and simply accept it on faith.

Despite the tiny size of the village (about 250 by 250 meters), in ancient times it was located one of the largest rural markets in the province of Girona. A distinctive feature of the village can be called some unreal amount of stone arches in the narrow streets. And in the nearby restaurant L’Hort del Rector, specializing in cod dishes, we counted almost 30 dishes from this highly respected Catalonia fish. (Update from 2018 – it looks like the restaurant has closed forever, really sorry …)

We invite you to a virtual walk along the medieval streets of Monells.

In the first photo – stone arches are everywhere in Monels. You can easily lose count… 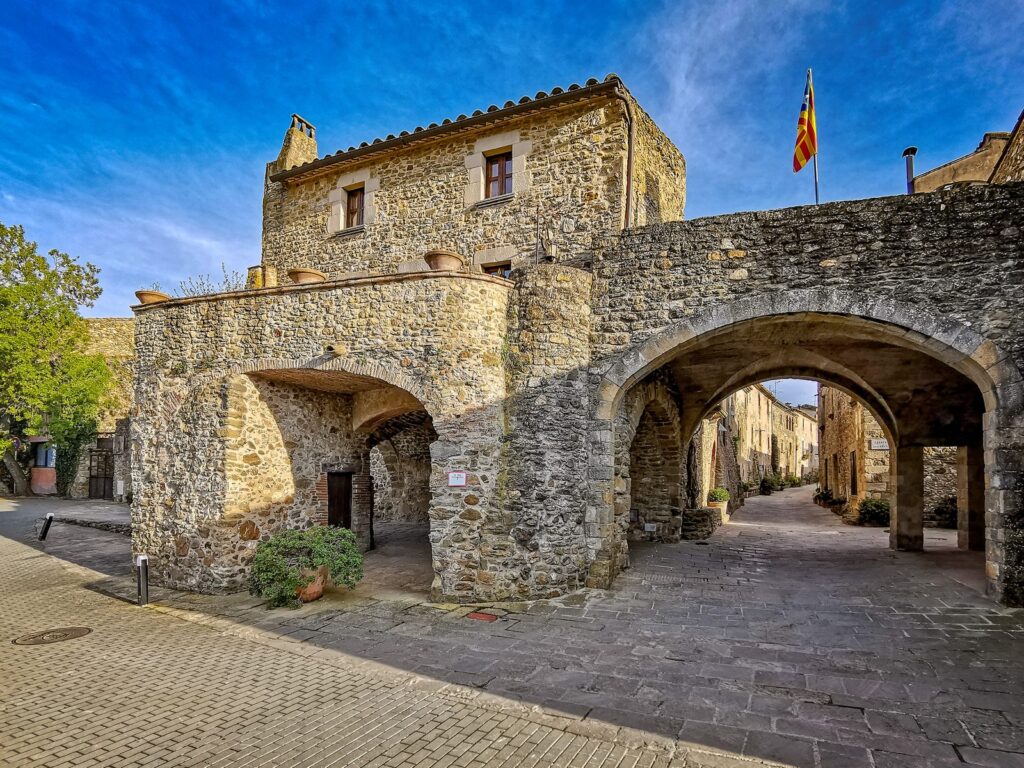 The average tourist will begin his walk around Monells here, leaving his car in this free parking lot.
*** 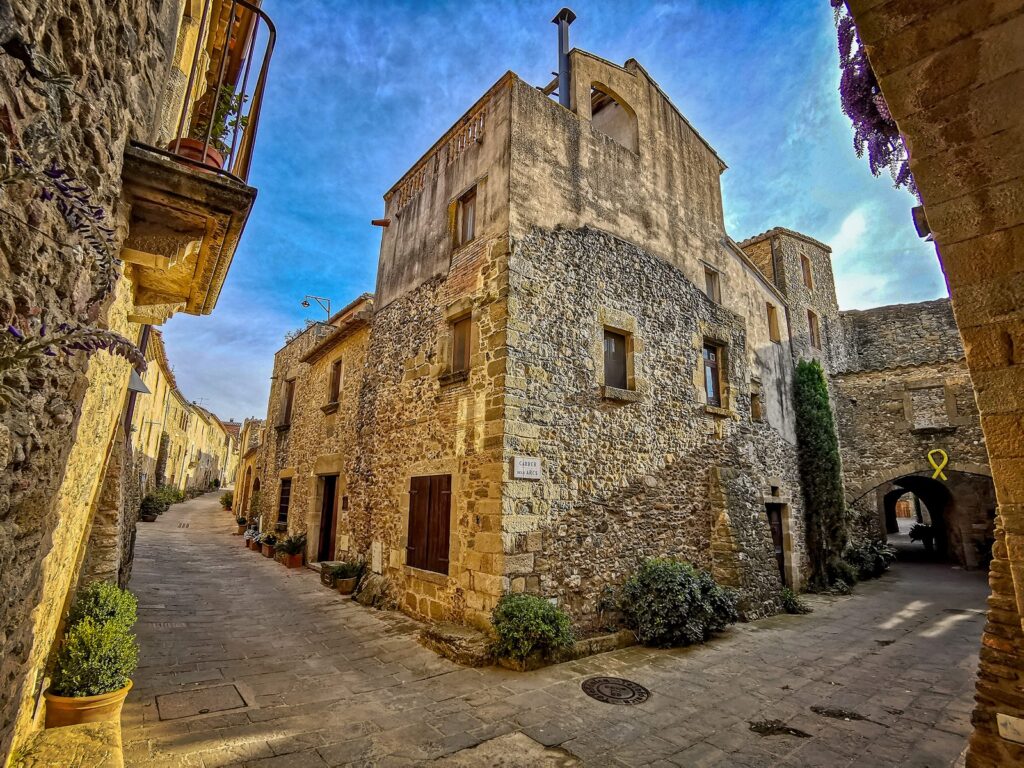 As in any fairy tale, the main character faces a choice of where to go – right or left. We recommend right – so you will immediately go to the old part of the village. If you go to the left, you will still get where you need to: the village is so small that you won’t be able to get lost!
*** 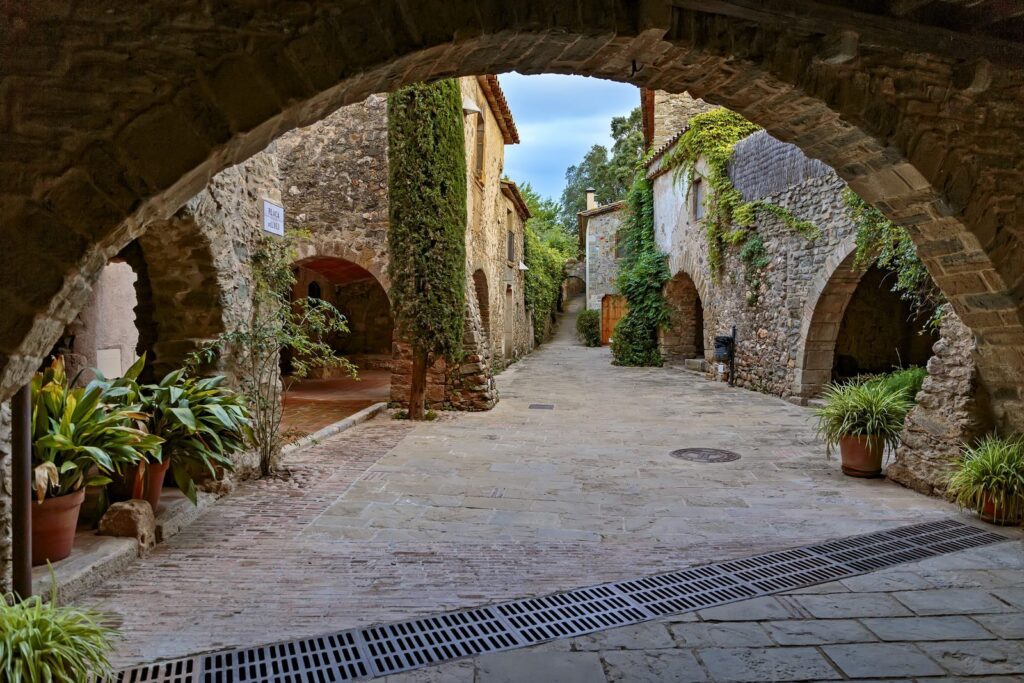 View of the Olive Oil Square (Plaça de l’Oli). If only scientists would sooner invent a time machine! We would love to take a walk here about 500 years ago!
*** 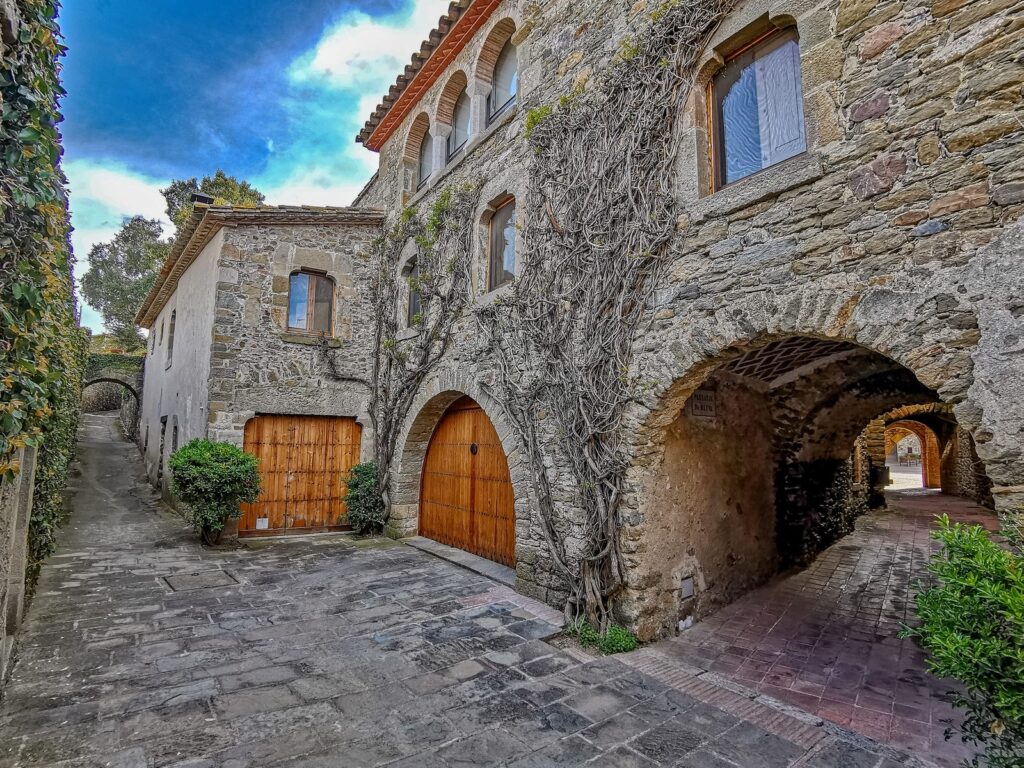 The passage in the photo on the right leads to the main square of Monels.
*** 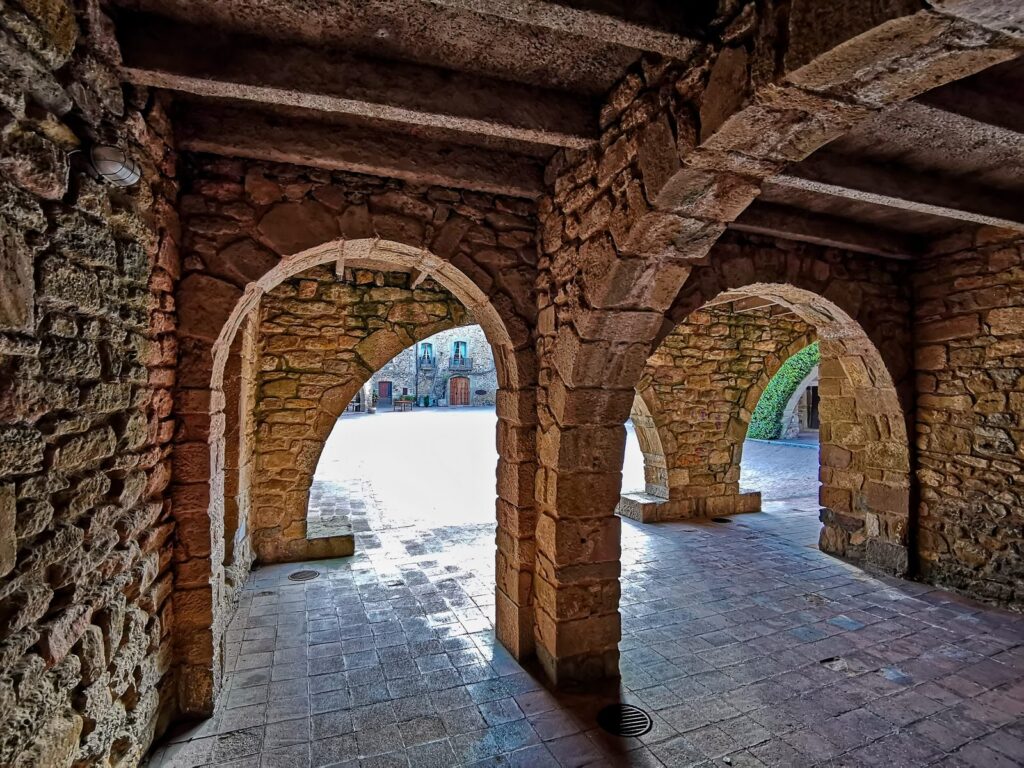 In the time of the distant Middle Ages, in the ominous dusk of these passages, that’s for sure, dark personalities were hiding here, plotting the evil and stealthily selling witchcraft potions…
*** 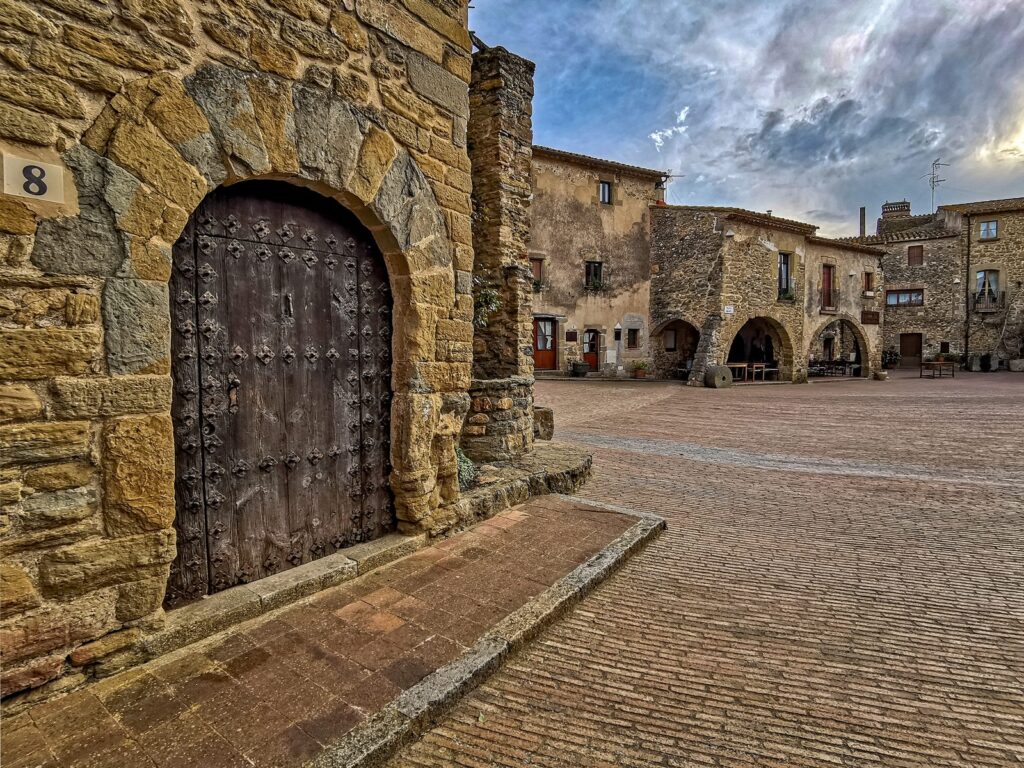 Finally we go to the main square of Monels.
*** 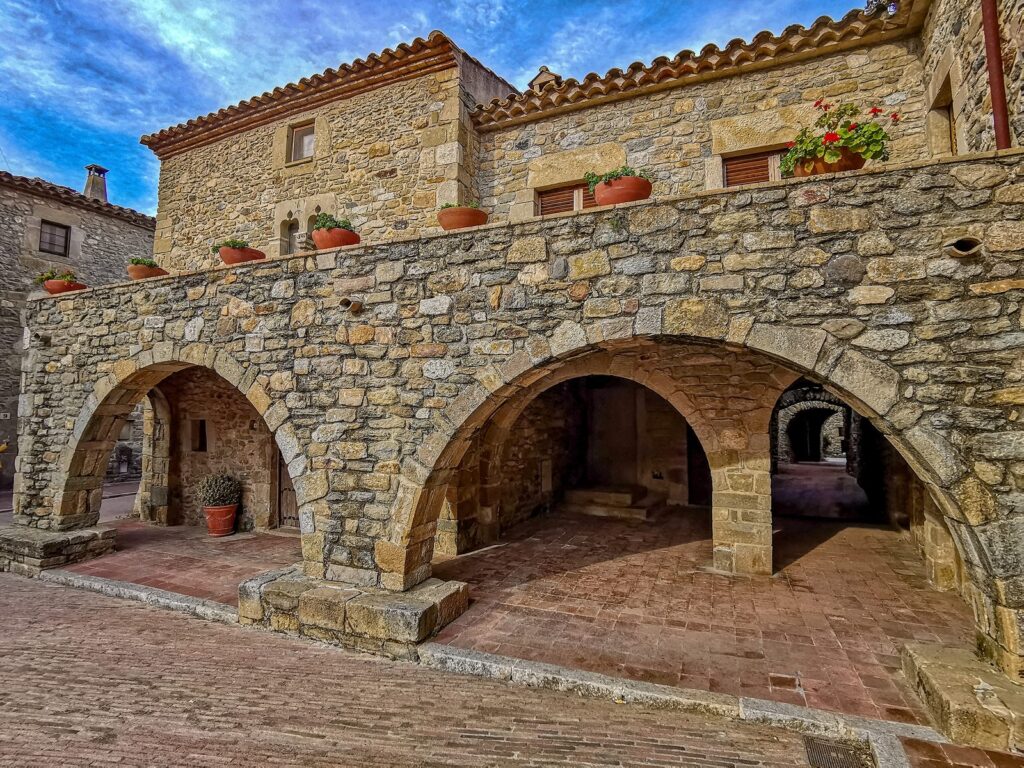 Here it is, the very passage we just got out of, every second exposing our lives to unknown danger.
*** 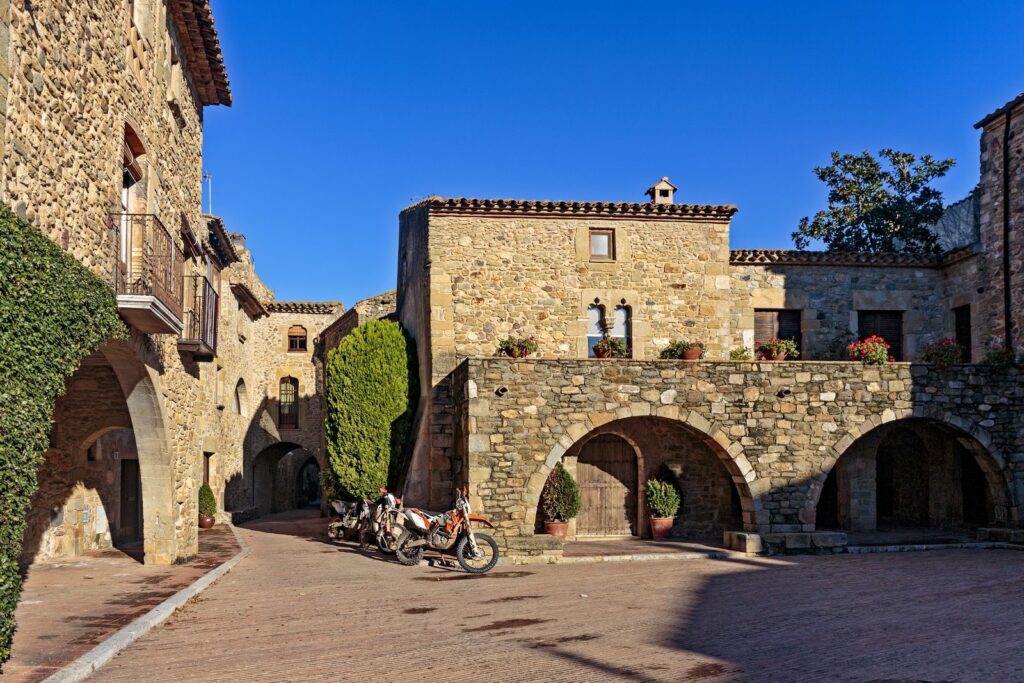 In fact, in the light of the December sun, everything looks pretty perky and picturesque.
*** 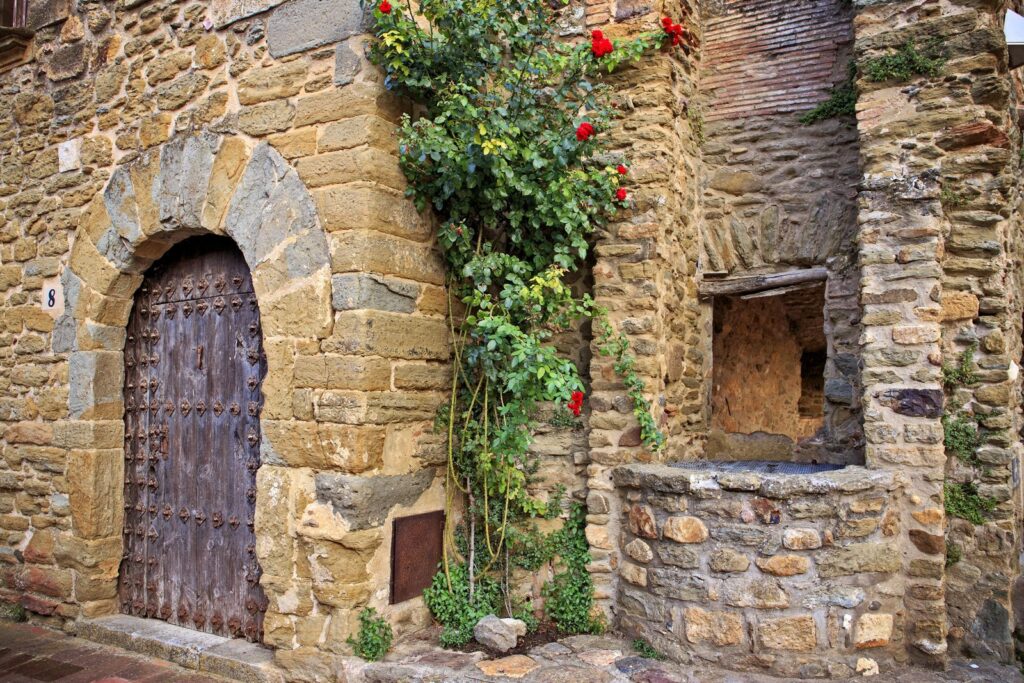 In the photo on the right is an old city well.
*** 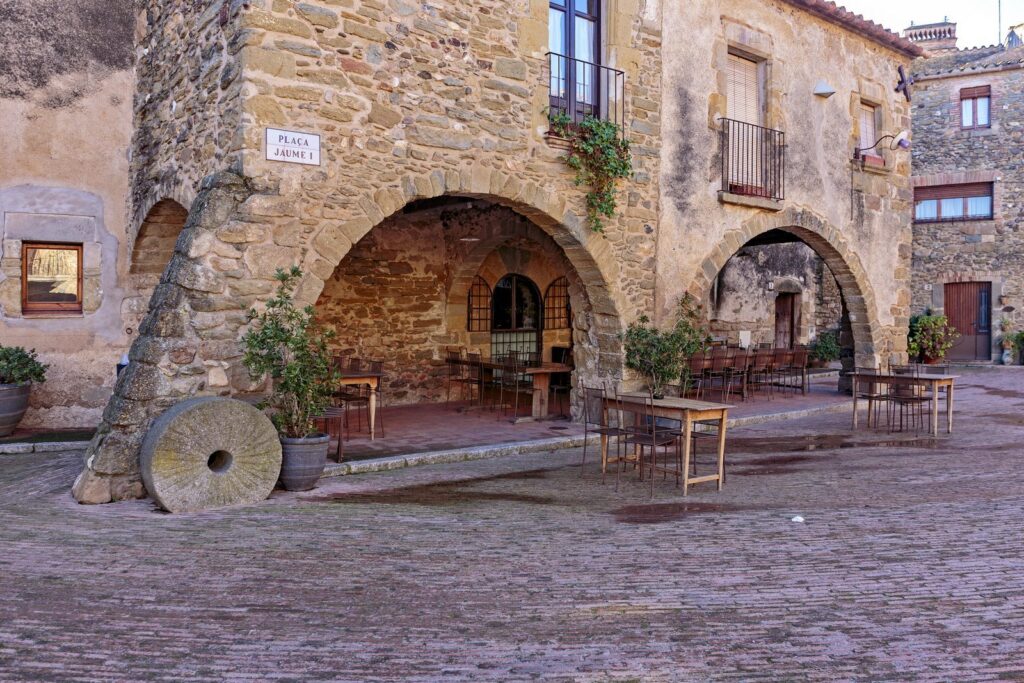 In the central square of the city there are a couple of restaurants and even a small hotel!
*** 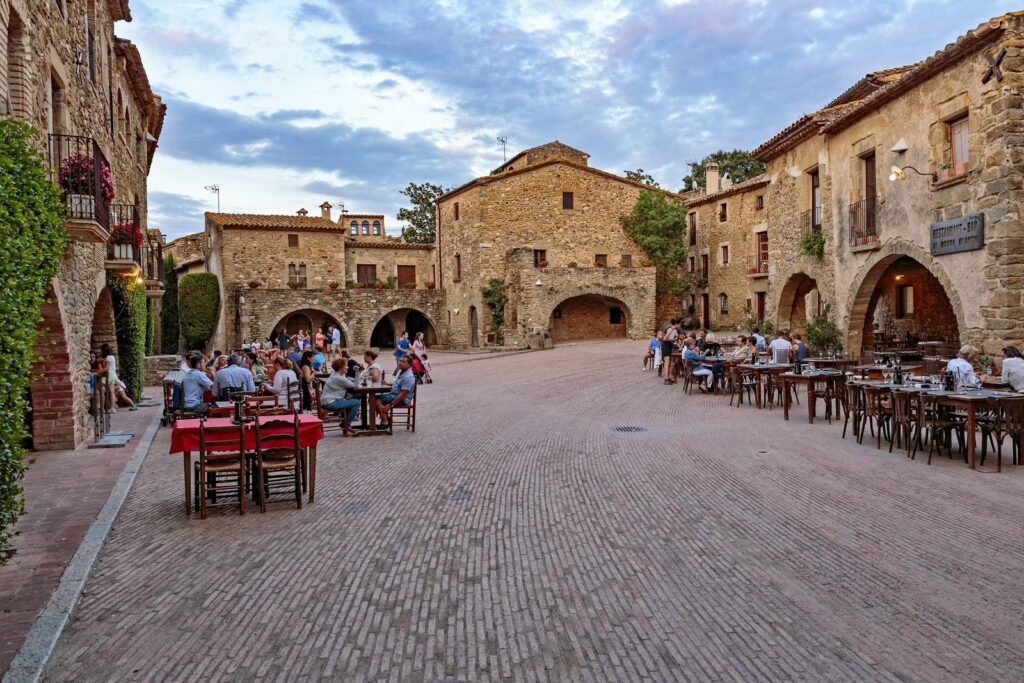 During lunch and dinner time, a deserted, as it would seem, city suddenly fills with people!
*** 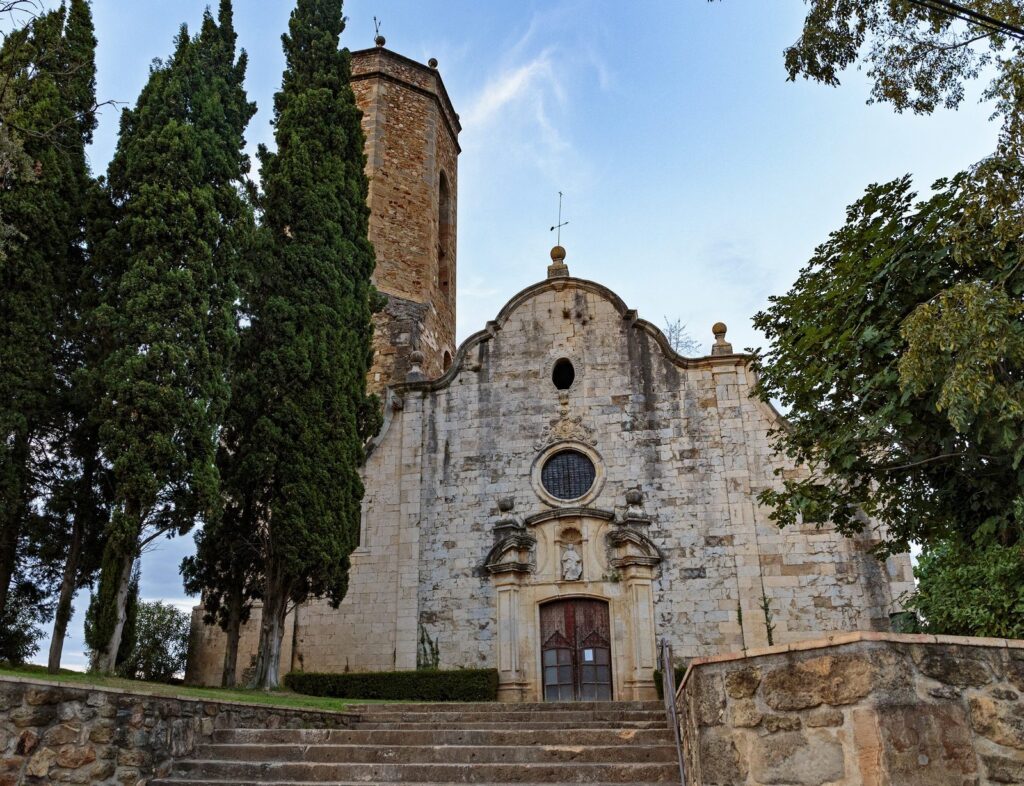 A little away from the village is the Gothic church Església de Sant Genís, whose construction began in the 14th century.
*** 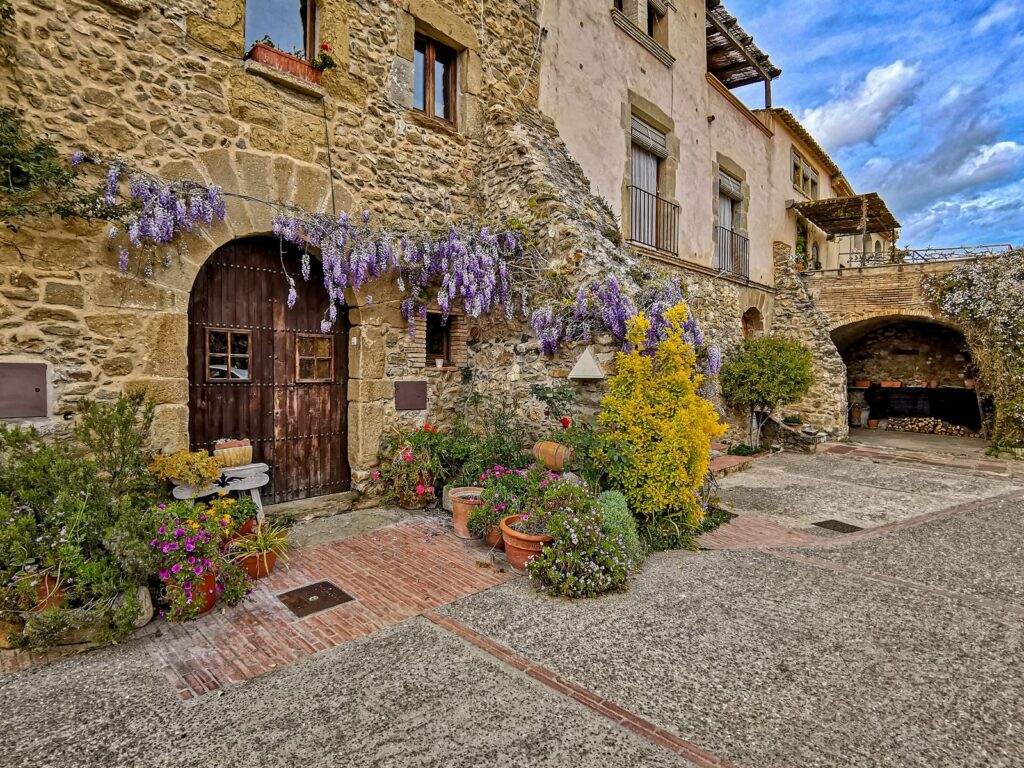 In spring, the medieval Monells blooms together with surrounding nature, and the smell of blooming wisteria drives you crazy!

A short story about this village with photos can be viewed on our blog following this link. Contact us if you need help organizing an excursion to Monells.
Share this post
Tags: None