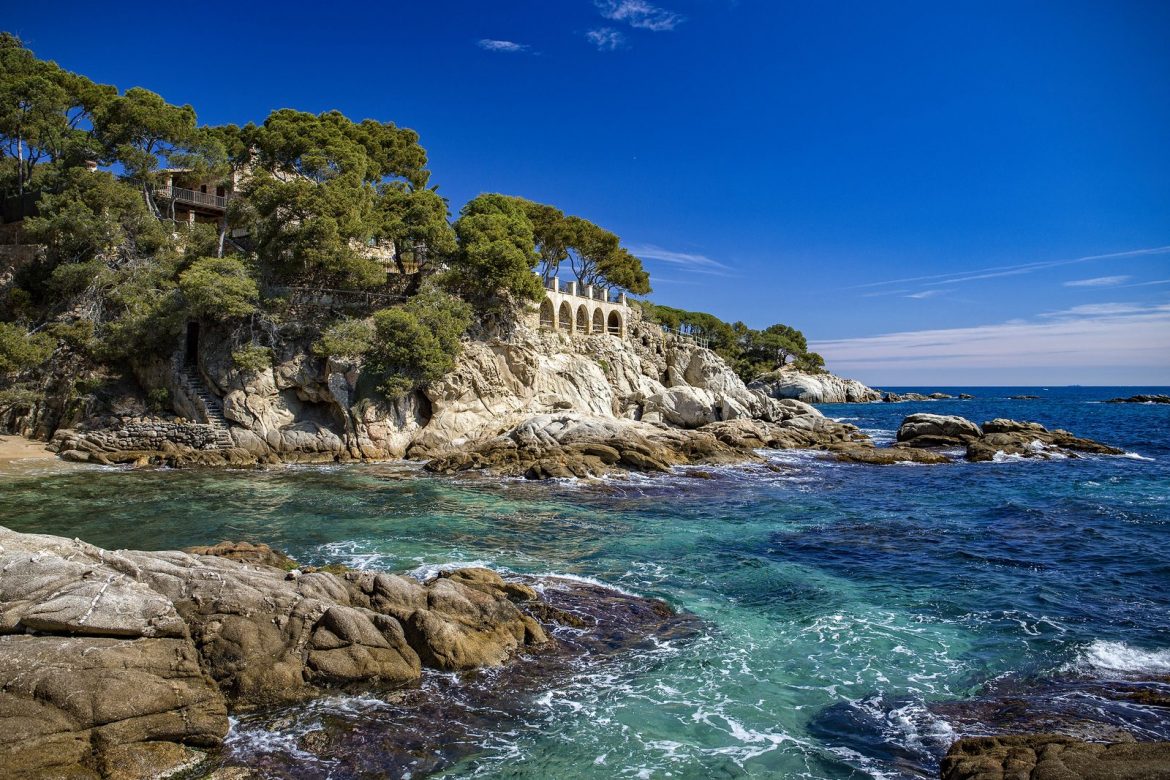 Playa de Aro (in Catalan – Platja d’Aro) is a small tourist town on the Costa Brava, part of the municipality of Castell-Playa de Aro, which also includes the villages of S’Agaro and Castell de Aro. A small fishing village existed here for a long time and it used to be called Fanals de Aro, but it became widely known in the 1960s – 1970s (the old name was replaced by Playa de Aro); as usual, the construction and tourist boom began, which has not calmed down so far. Real estate in Playa de Aro is in demand even in times of crisis! On the “golden” 500 meters of the central street between the city hall and the square of Dr. Josep Trueta, where a monument in his honor, popularly called the “torch”, is located, there are the best shops, where some of the most expensive clothing brands are presented; on the streets you can often find Ferrari and Lamborghini peacefully roaring in search of a parking space …
But the most important thing that attracts thousands of tourists from all over the world every year is the beaches, the sandy beaches of the Costa Brava, and here they have everything to every taste and color – someone likes the long and wide city beach, someone likes Cala Rovira, or prestigious Sa Conca beach and someone prefer the tiny secluded bays, which are located in the northern part of the city, closer to San Antoni de Calonge.
We took the camera and walked along the seashore…

The first photo shows the bay of Cala Sa Cova. 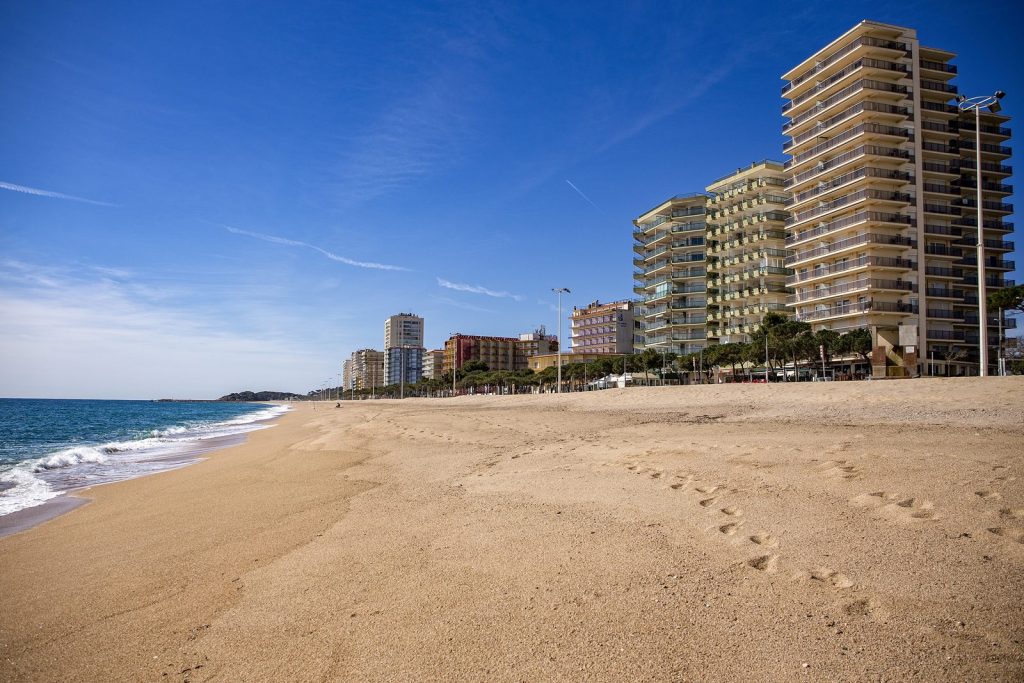 The city froze in anticipation of tourists.
*** 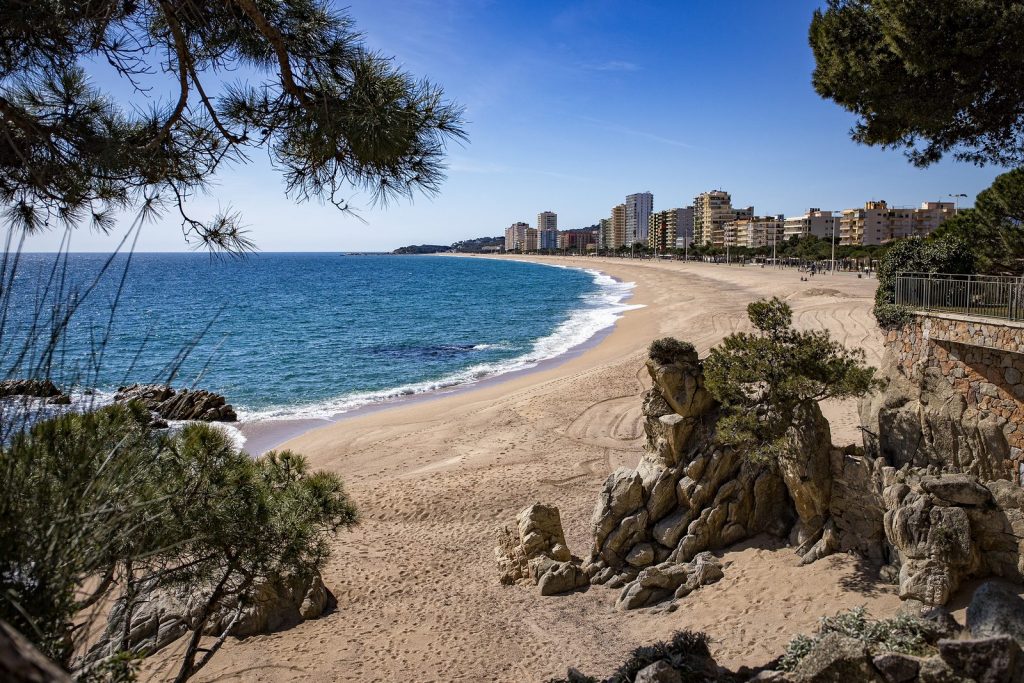 View of the city beach of Playa de Aro, its length is approximately 2 kilometers 150 meters.
*** 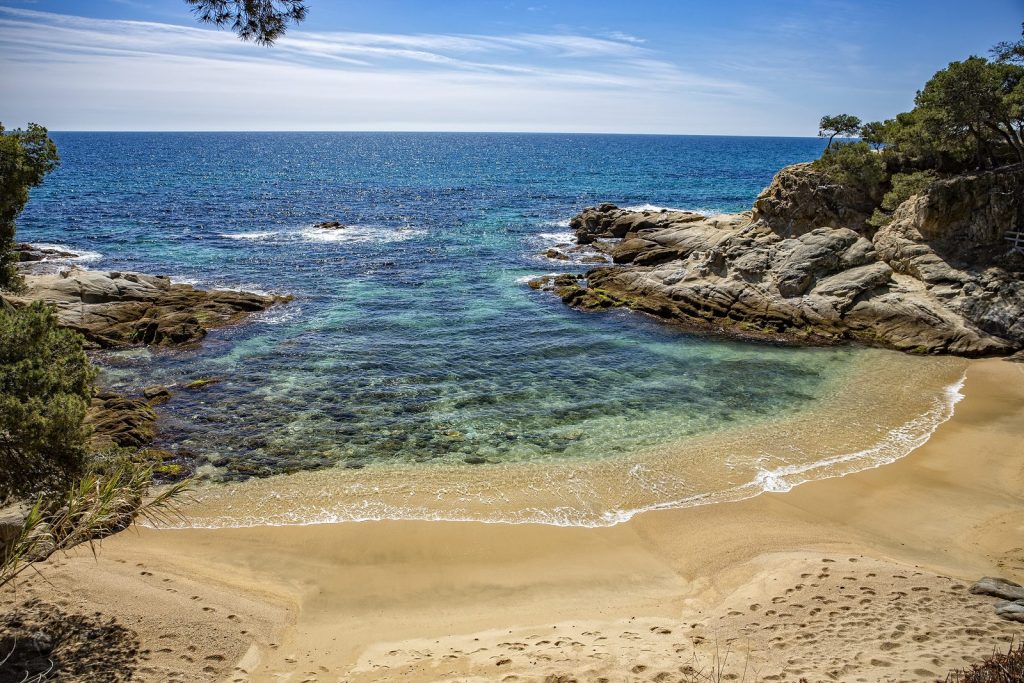 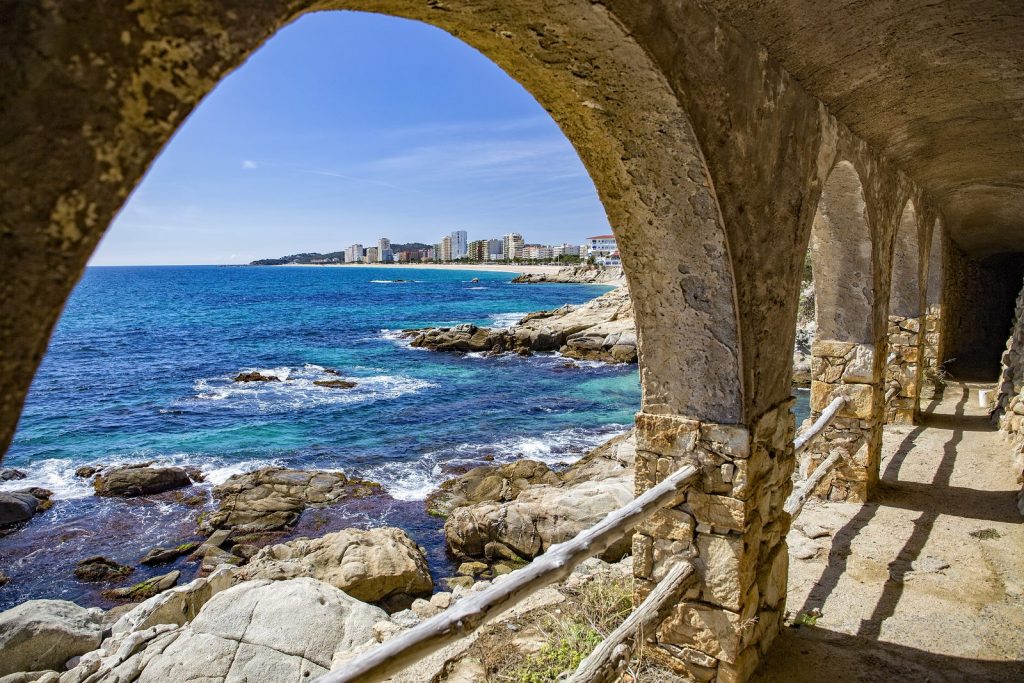 We continue along the coast and admire the city beach of Playa de Aro from the covered gallery.
*** 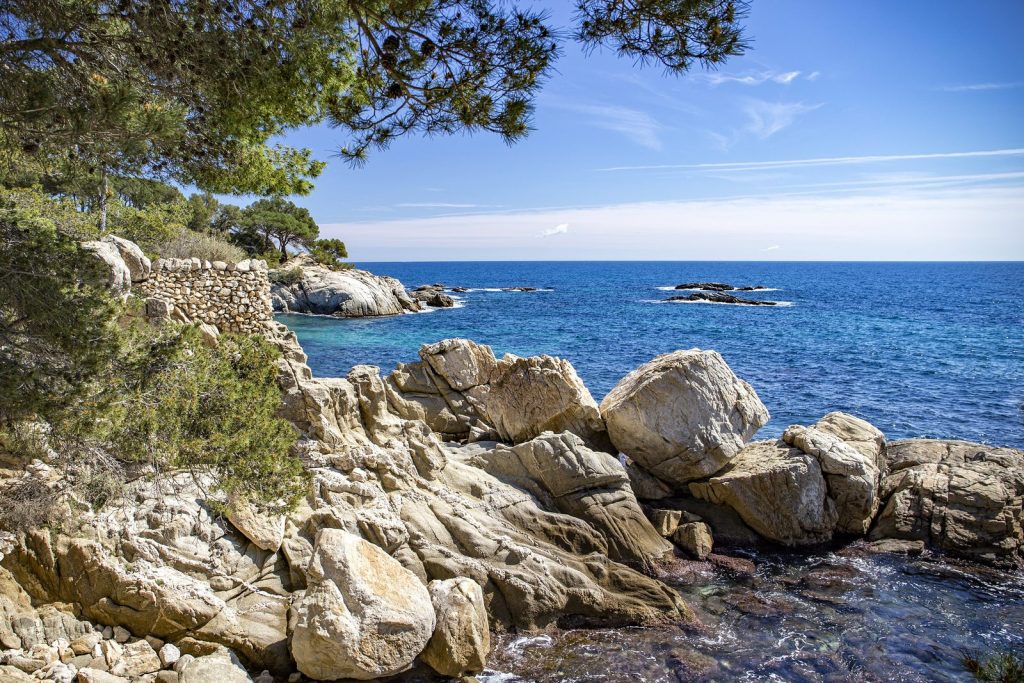 Typical landscape of the Costa Brava.
*** 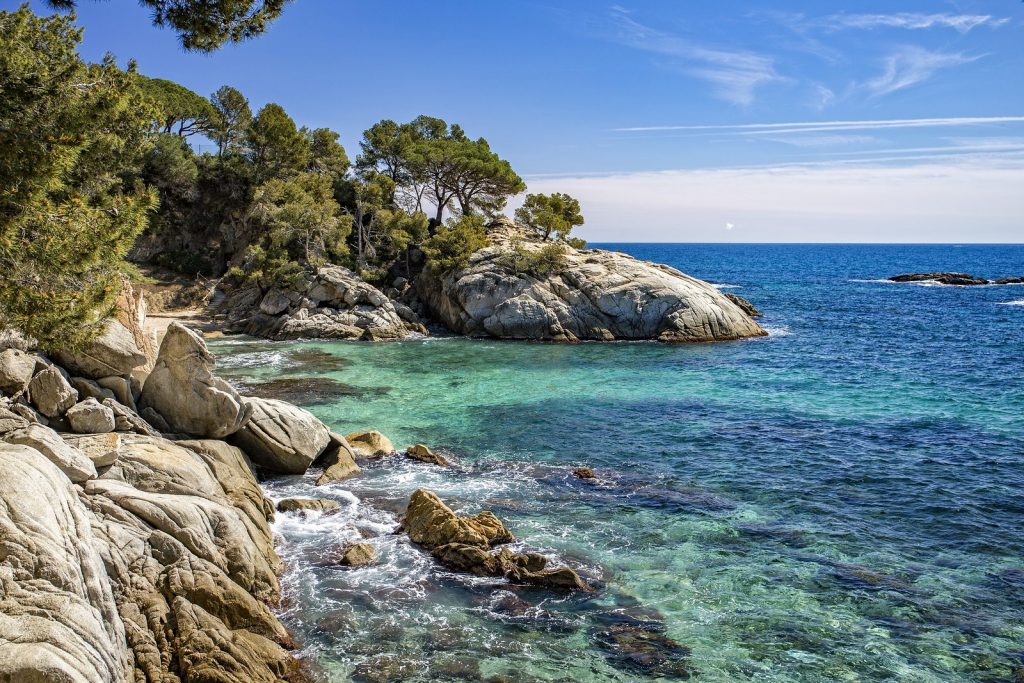 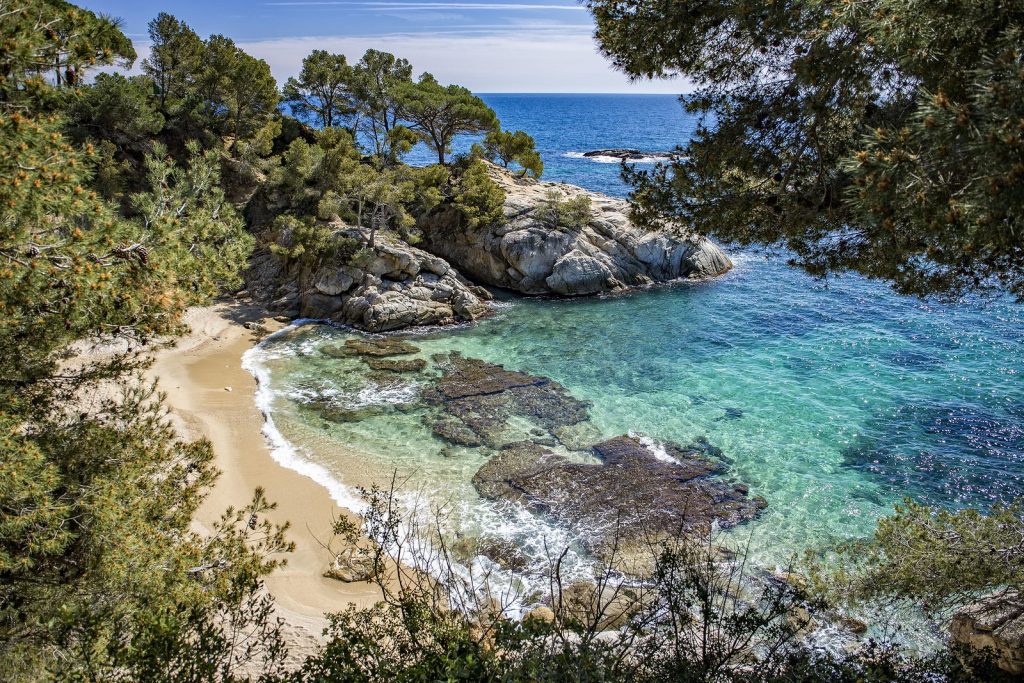 Above this picturesque bay, the five-star Sallès Hotel & Spa Cala del Pi is located, from the rooms of which you can enjoy such views.
***
A small video of the coastline and beaches of Playa de Aro through the eyes of seagulls.

A more detailed photo report can be viewed following the link – Playa de Aro Beaches. Also do not forget to get acquainted with the famous and, without a doubt, the most beautiful hiking trail for walks along the seashore – Camino de Ronda in S’Agaro.
Share this post
Tags: Playa de Aro