Author: admin
Categories: Points of interest
Pals is deservedly popular and one of the most ancient medieval cities of our administrative district. The Gothic quarter is well maintained and kept by the city authorities in excellent condition. A great option to take a walk on a day off and experience the atmosphere of the Middle Ages in the narrow winding streets of Pals…
We invite you to take a virtual walk in Pals.

The first photo shows a small chapel in the private residence of the Pi and Figueres family. Dr. Pi and Figueres, a renowned Catalan surgeon from Barcelona, acquired in 1951 a piece of land that once housed the ancient castle of Pals. On this site, a house and this chapel were erected, during the construction of which stones from the destroyed fortress wall of the castle were used.
*** 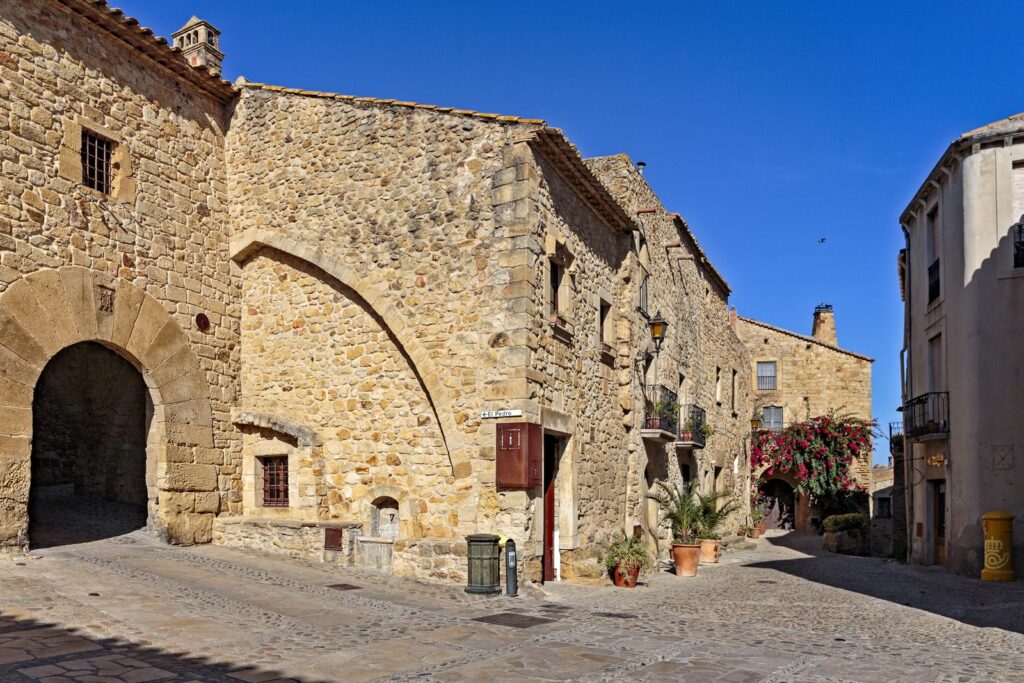 We begin our walk from Plaça Major, where the city hall and the tourist office are located. Pals was first mentioned in historical chronicles in 889, although scholars believe that there was a settlement here since the time of the Roman Empire.
*** 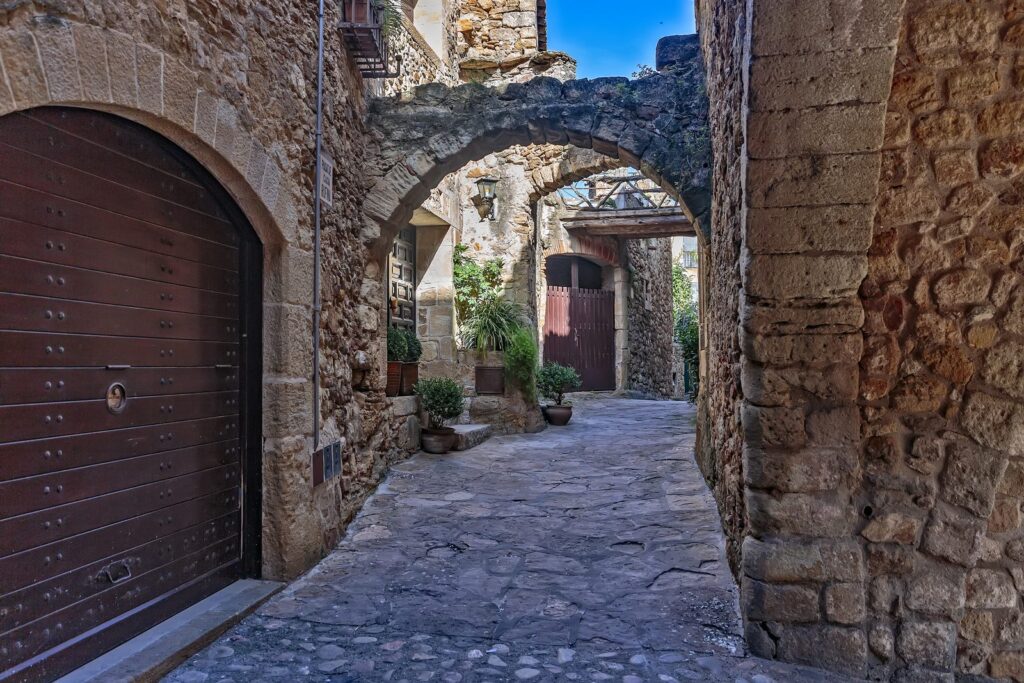 Historians believe that the name Pals comes from the Latin “Palus”, which means “swampy place”.
*** 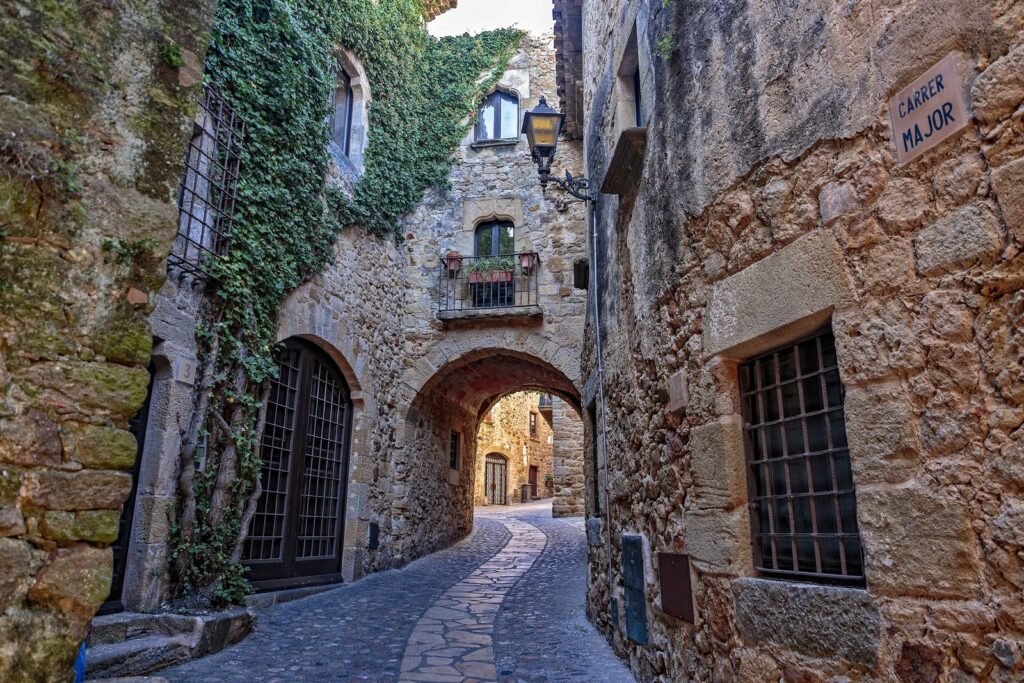 We continue our way along the main street (Carrer Major in catalan).
*** 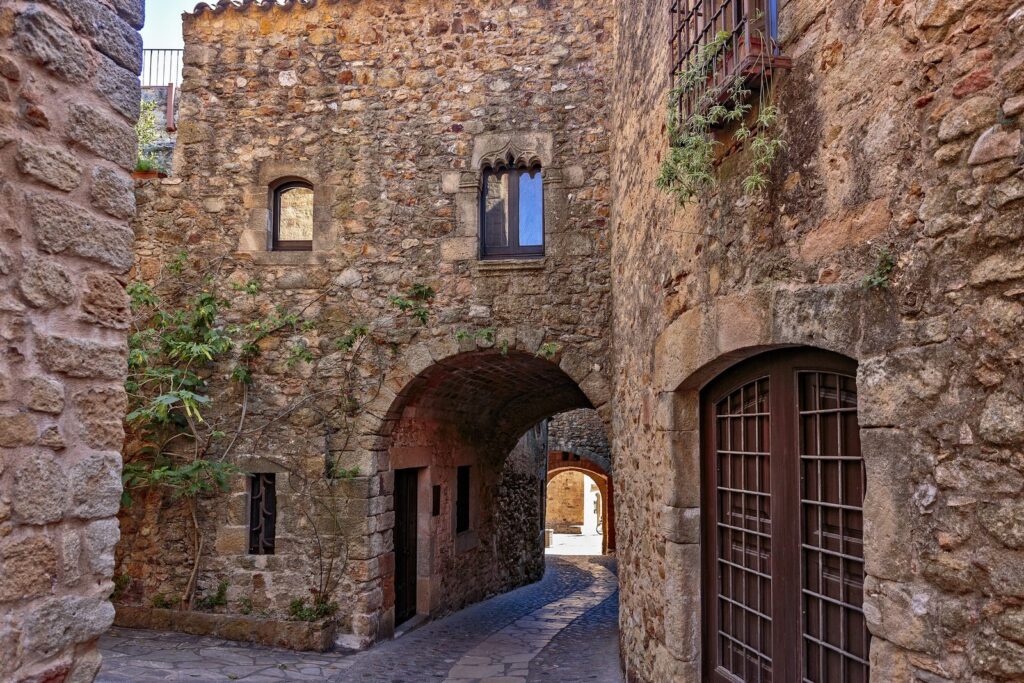 Since the end of the 14th century, peasant uprisings against local landowners regularly broke out in these places, resulting in the Catalan civil war (revolta dels remences). As a result, Pals Castle suffered serious damage.
*** 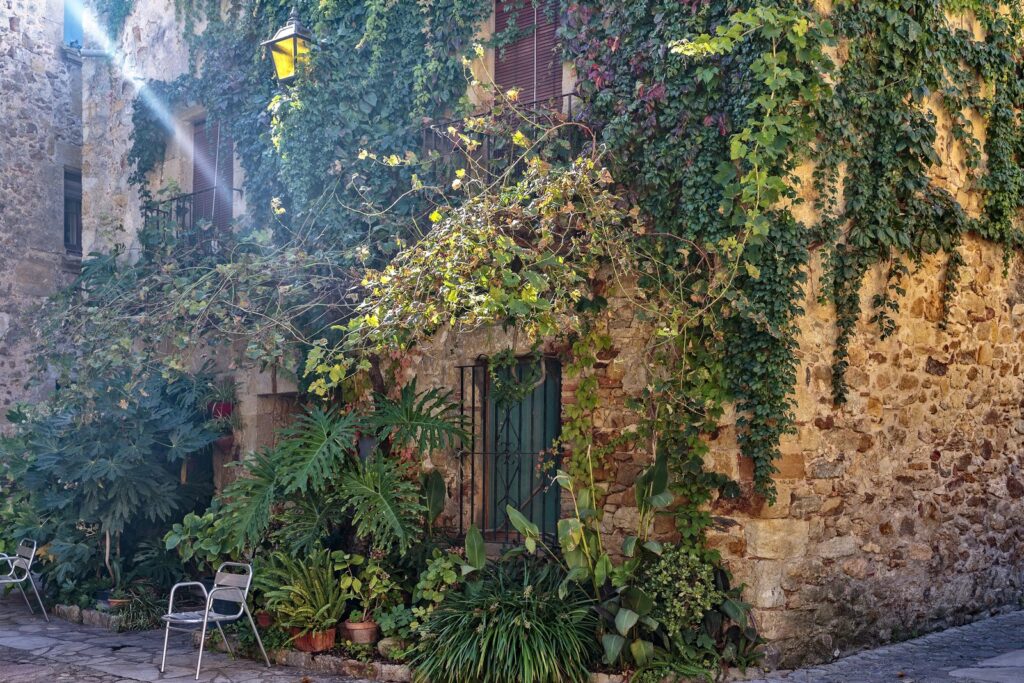 Pals these days is a very cozy place, bathed in the light of the sun and immersed in greenery.
*** 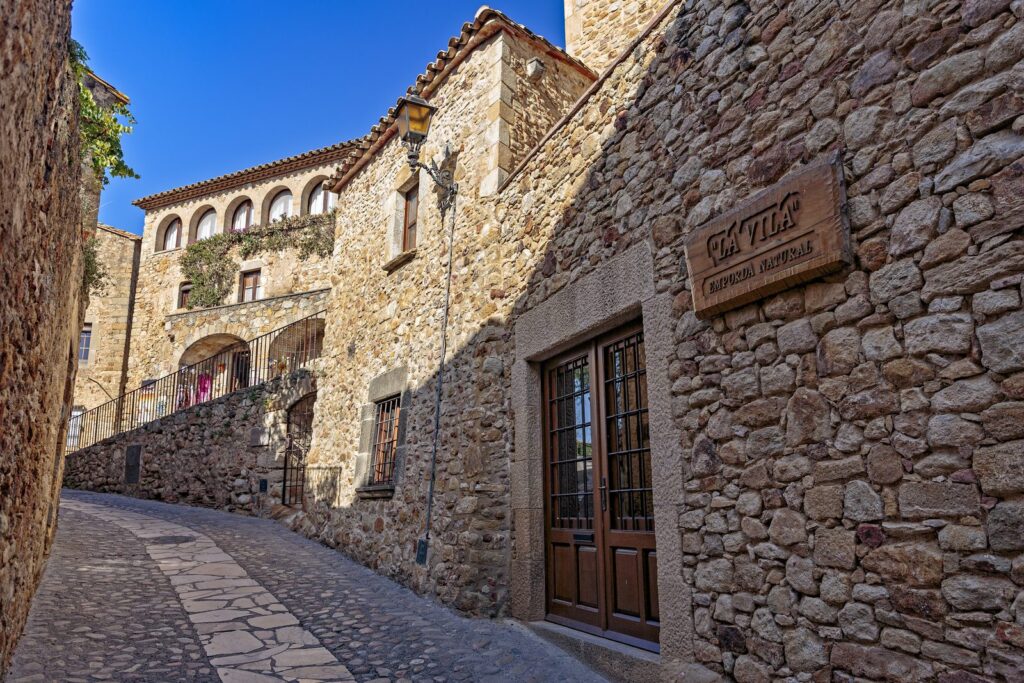 The people of Pals are especially proud of the way the rays of the sun, playing with shades of ocher and gold, reflect off the walls of houses built of sandstone. 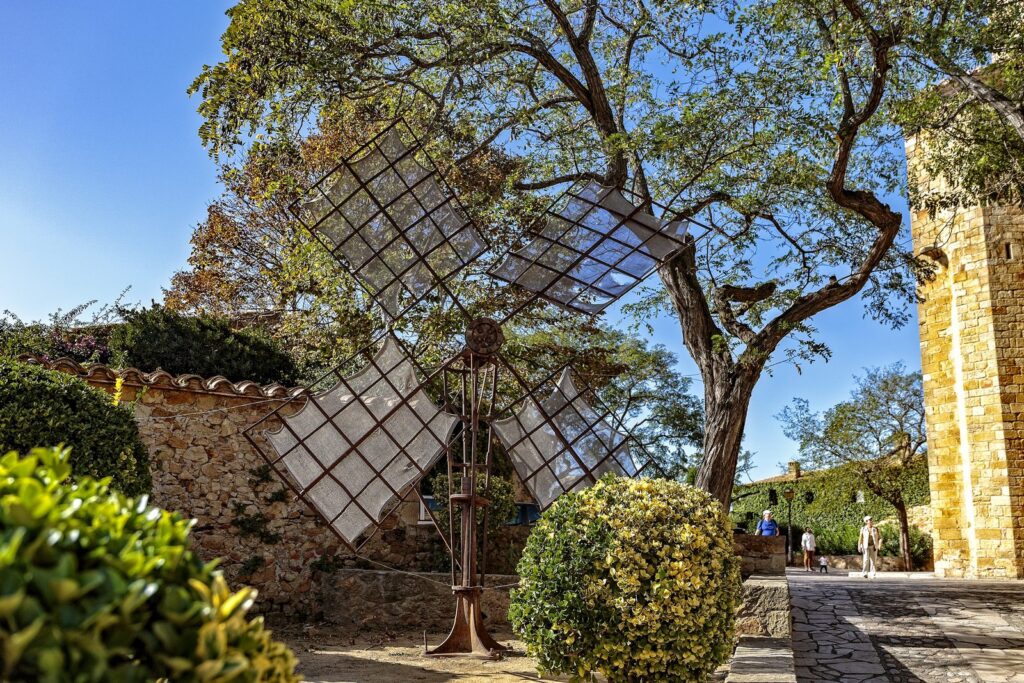 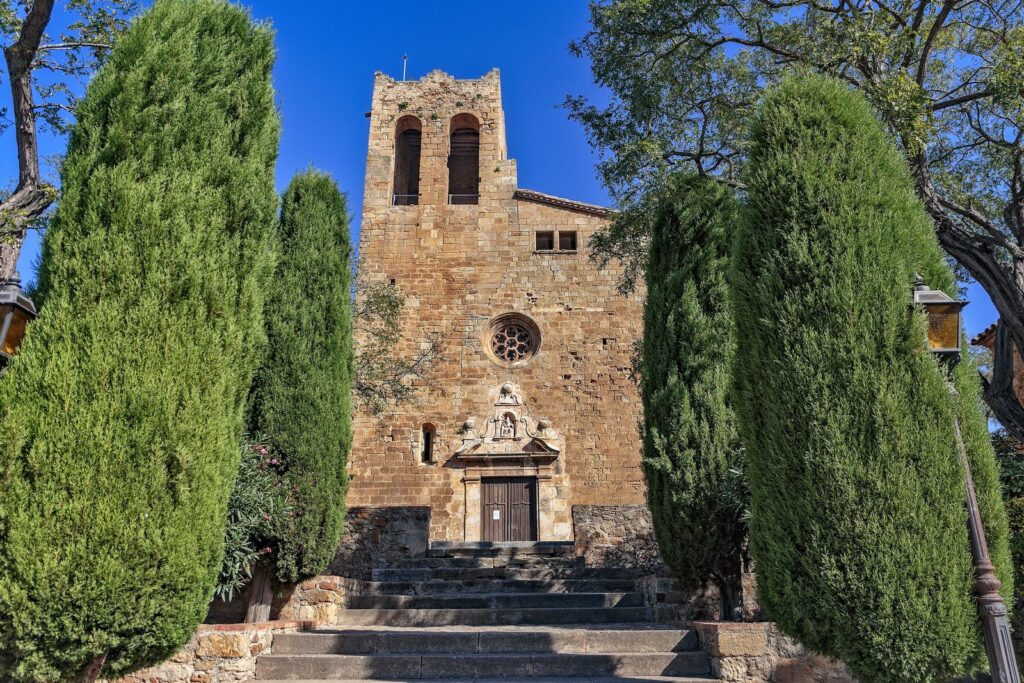 The Church of St. Peter (Església de Sant Pere) was built in 994 and was also seriously damaged during the peasant uprisings of the 15th century. In 1478, King Joan II ordered the restoration of the church using the stones of the destroyed castle.
*** 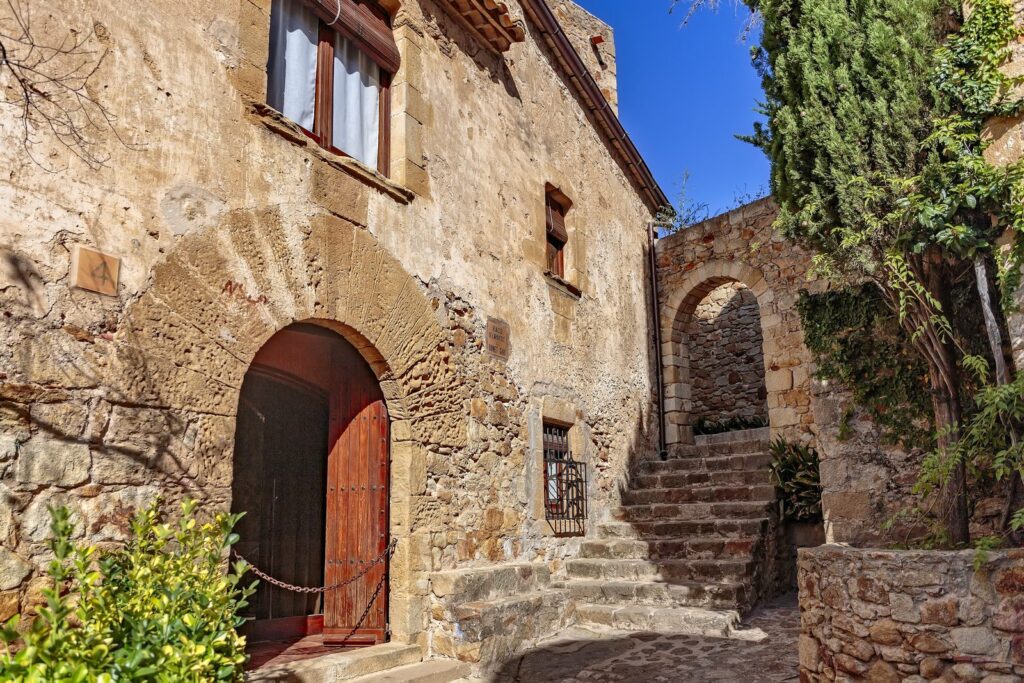 A small passage with a staircase behind the church building.
*** 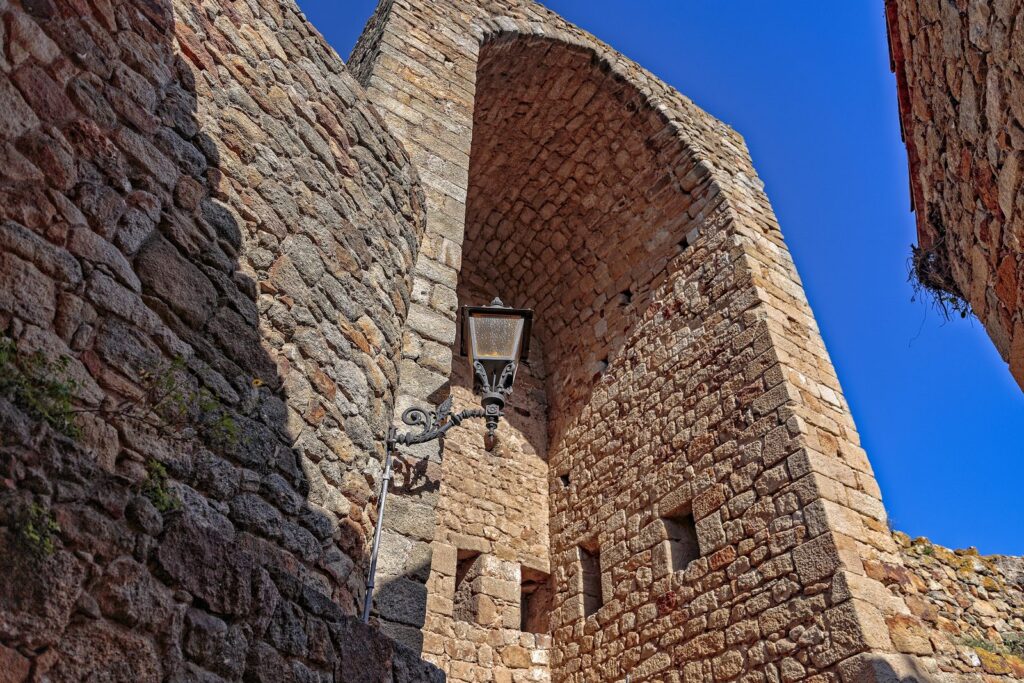 One of the castle towers, apparently restored after the 15th century.
*** 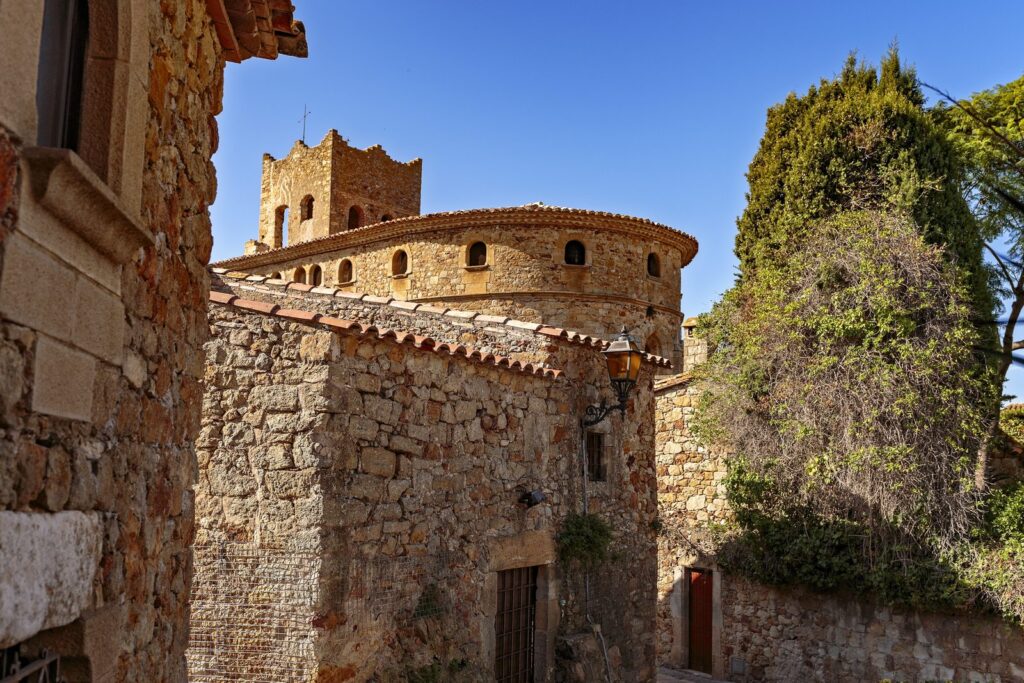 View of another square tower of Pals.
***

Ancient well in front of the chapel in the residence of the Pi and Figueres family.
*** 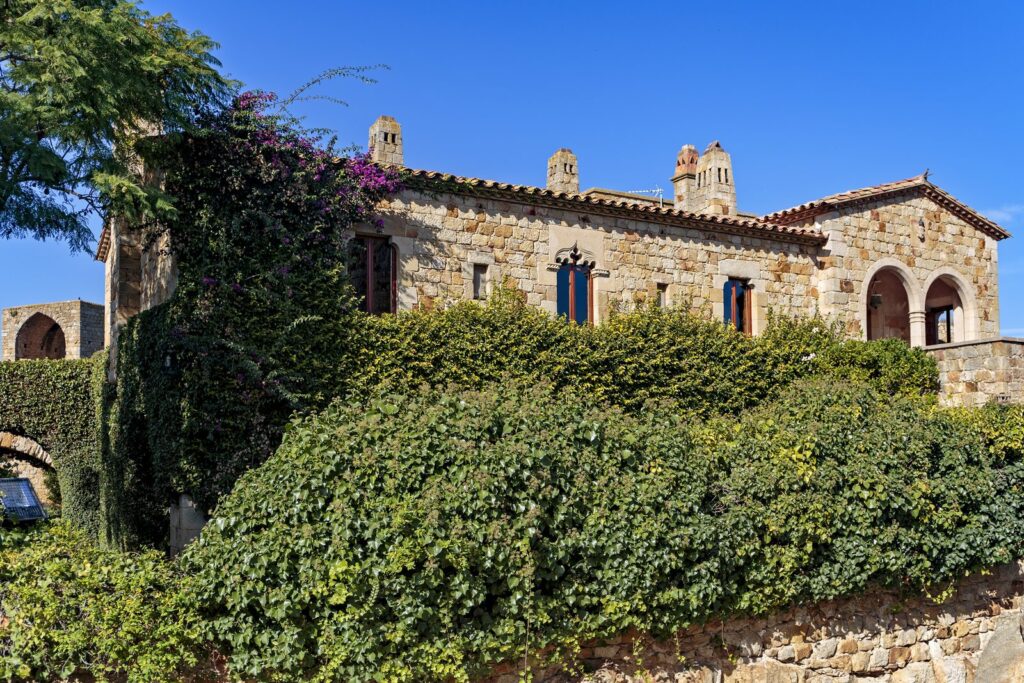 And here is the house of the family of the famous Catalan surgeon. In fact, it is very pleasant that people with such love preserve the historical appearance and traditions of small towns of their homeland.
*** 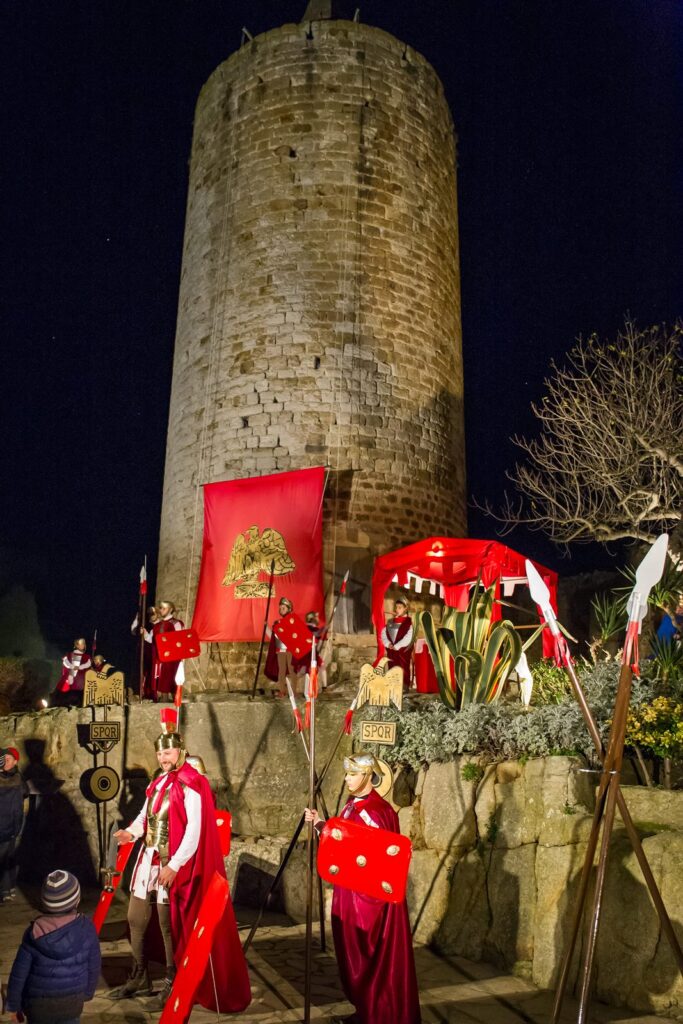 And finally, the only surviving tower of the destroyed castle of Pals. The famous “Clock” tower, its height is 15 meters, it rises on a foundation made of natural stone. The tower got its name from the Gothic bell tower, which was installed at the top of the tower at the end of the 15th century. It is worth mentioning that Pals looks absolutely stunning in late December / early January, when the city hosts the traditional Live Nativity scenes (Pessebre Vivent in Catalan), during which this photo was taken; but that’s a completely different story😃.

More photos from one of our first walks in Pals can be viewed on our blog.
Share this post
Tags: None