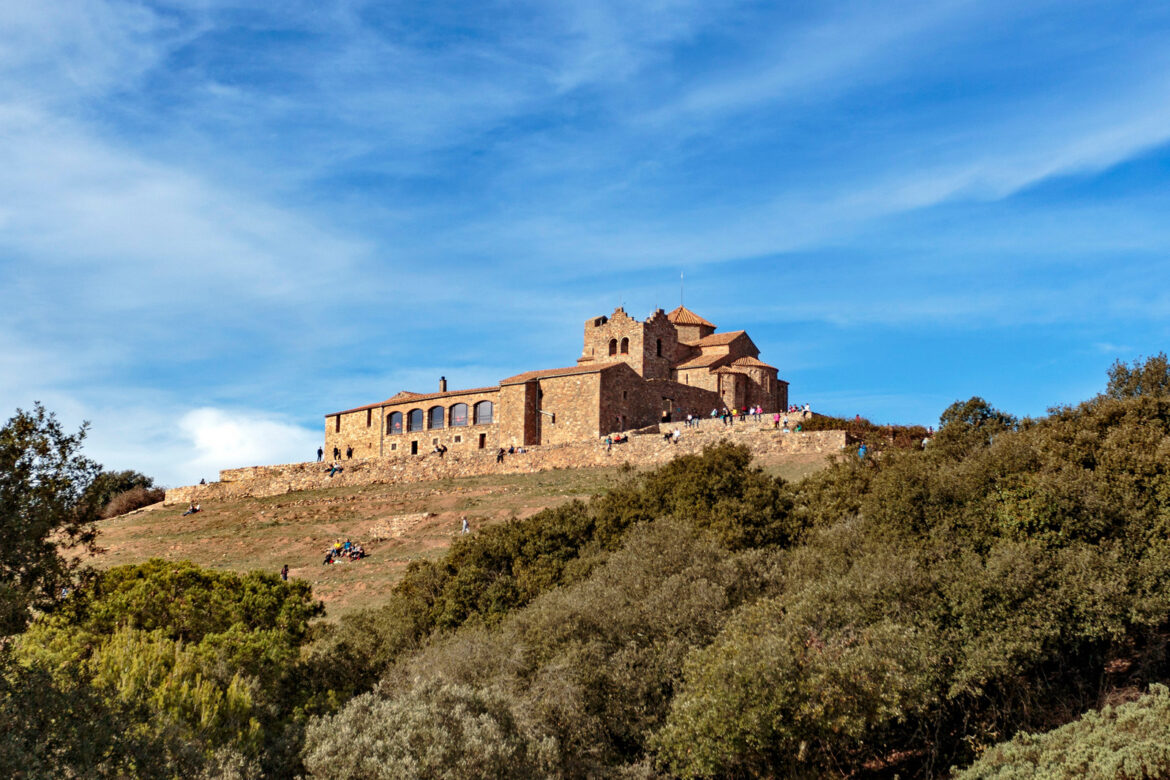 Let’s see what is so interesting there and if it is worth climbing to such a height at all. 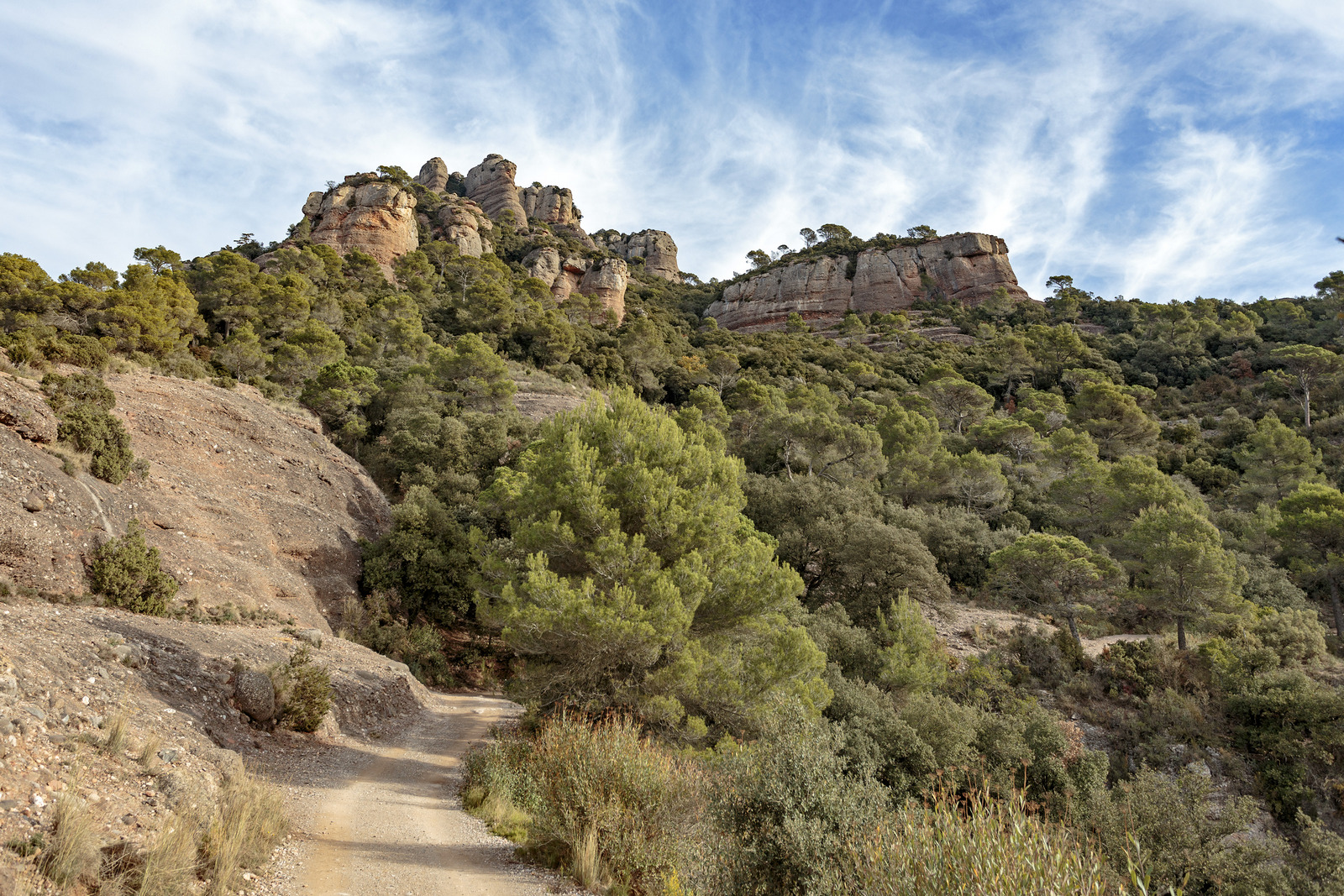 We leave the car in the parking lot and begin our ascent. The first part of the path runs along a dirt road, so it is quite comfortable to walk here, despite the noticeable ascent angle.
*** 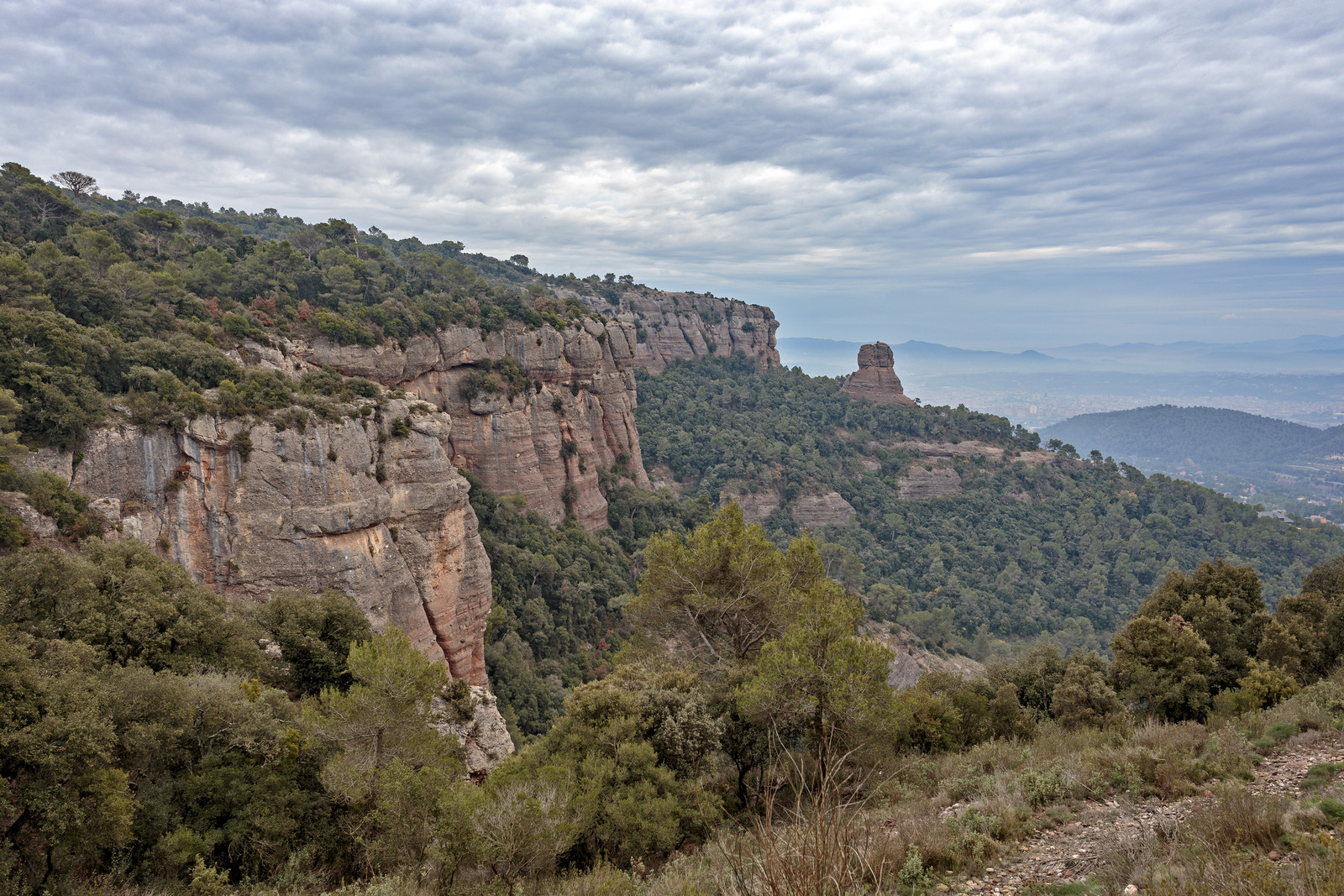 The jagged lines of rocky cliffs can be photographed endlessly.
*** 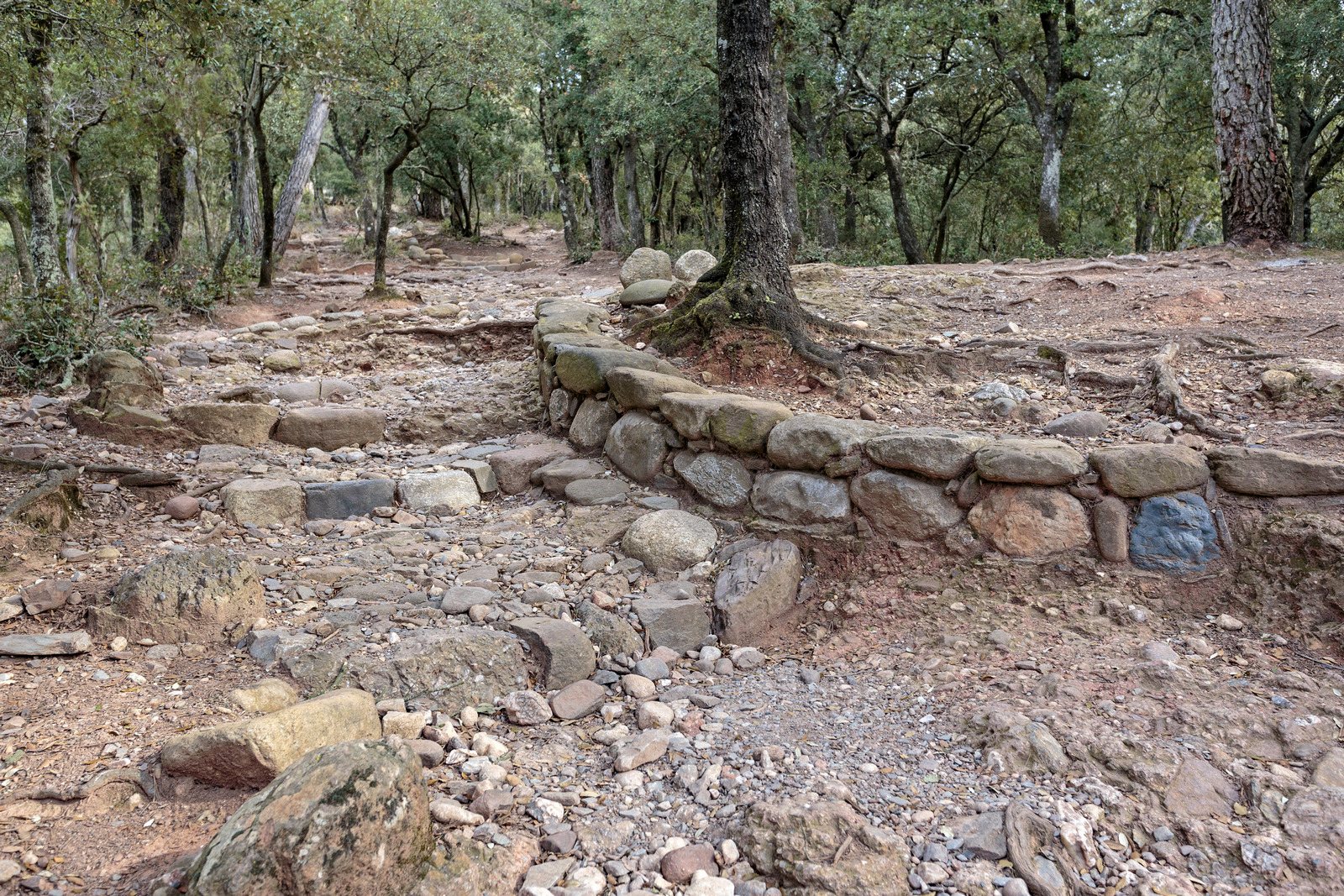 The second half of the path is mostly uneven rocky steps.
*** 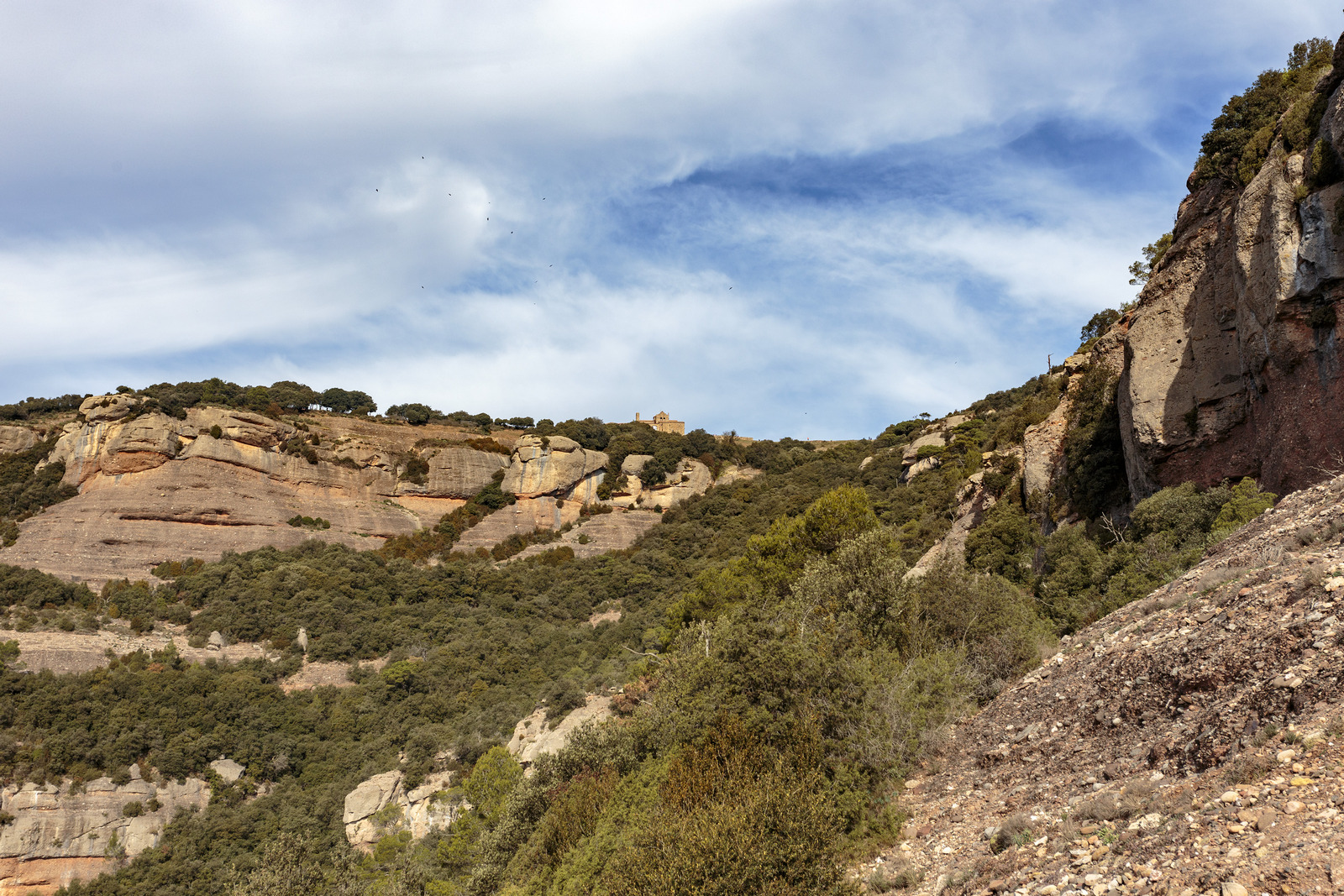 And here are the first views of the monastery.
*** 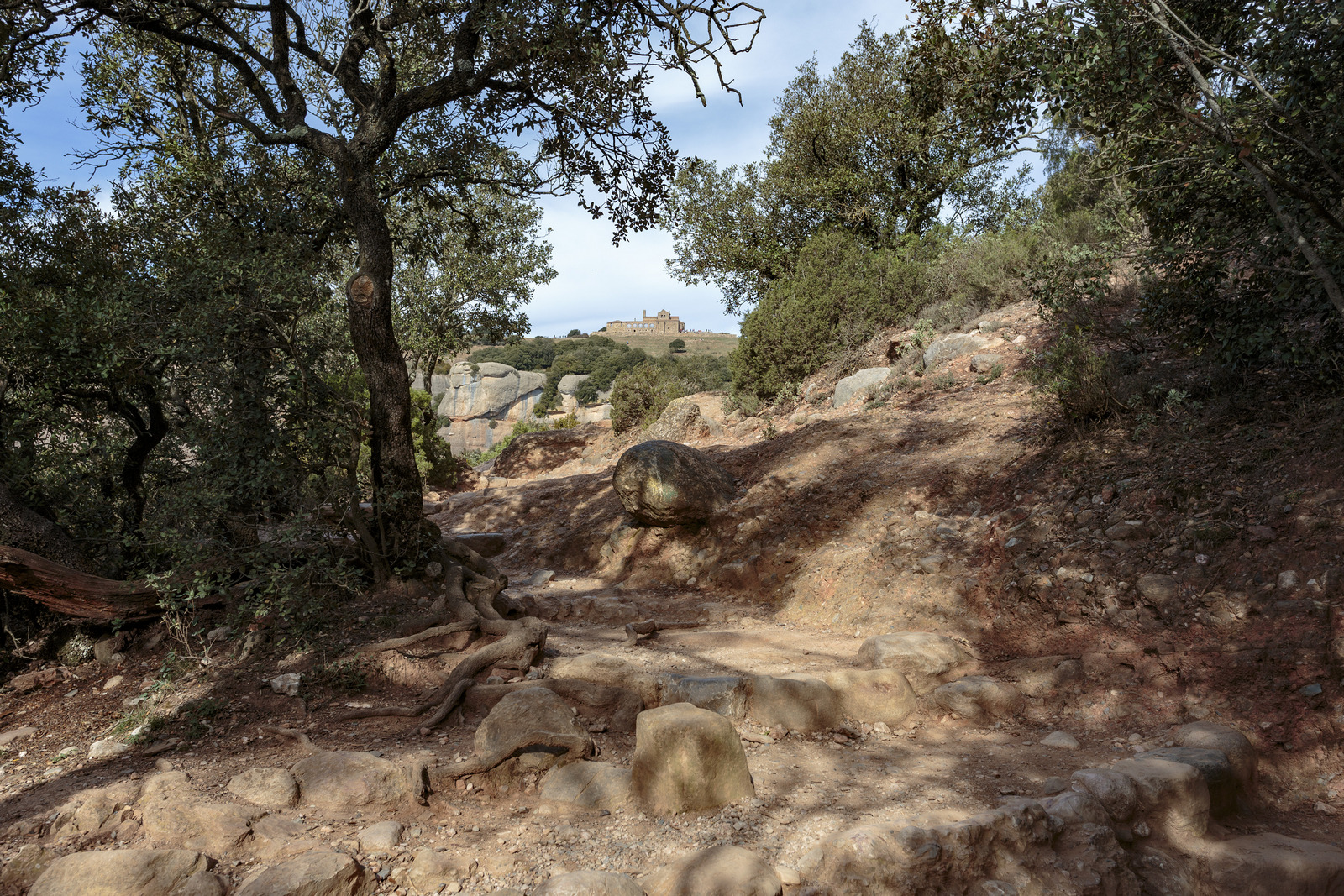 This difficult and uneven path is called the “path of the monks”.
*** 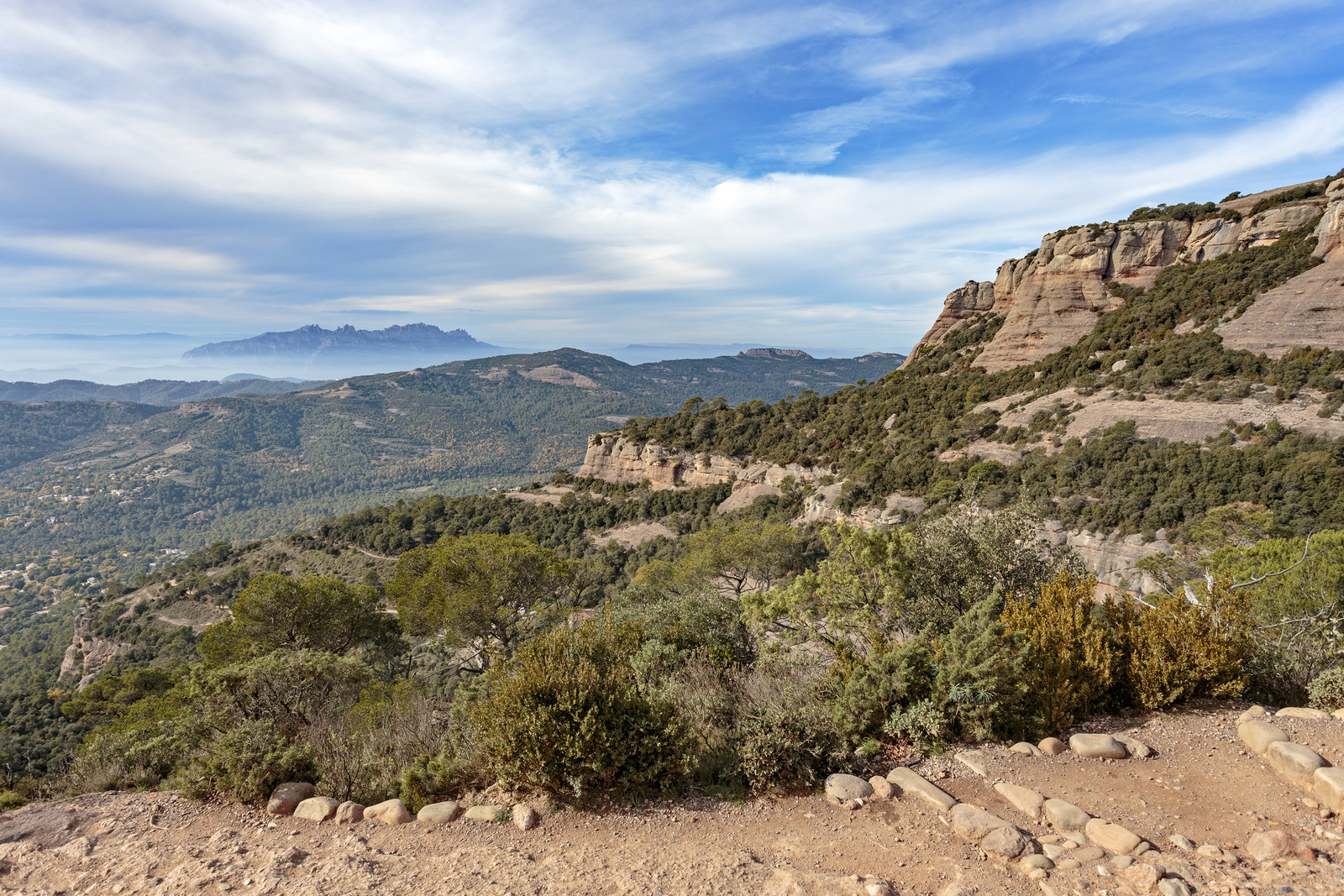 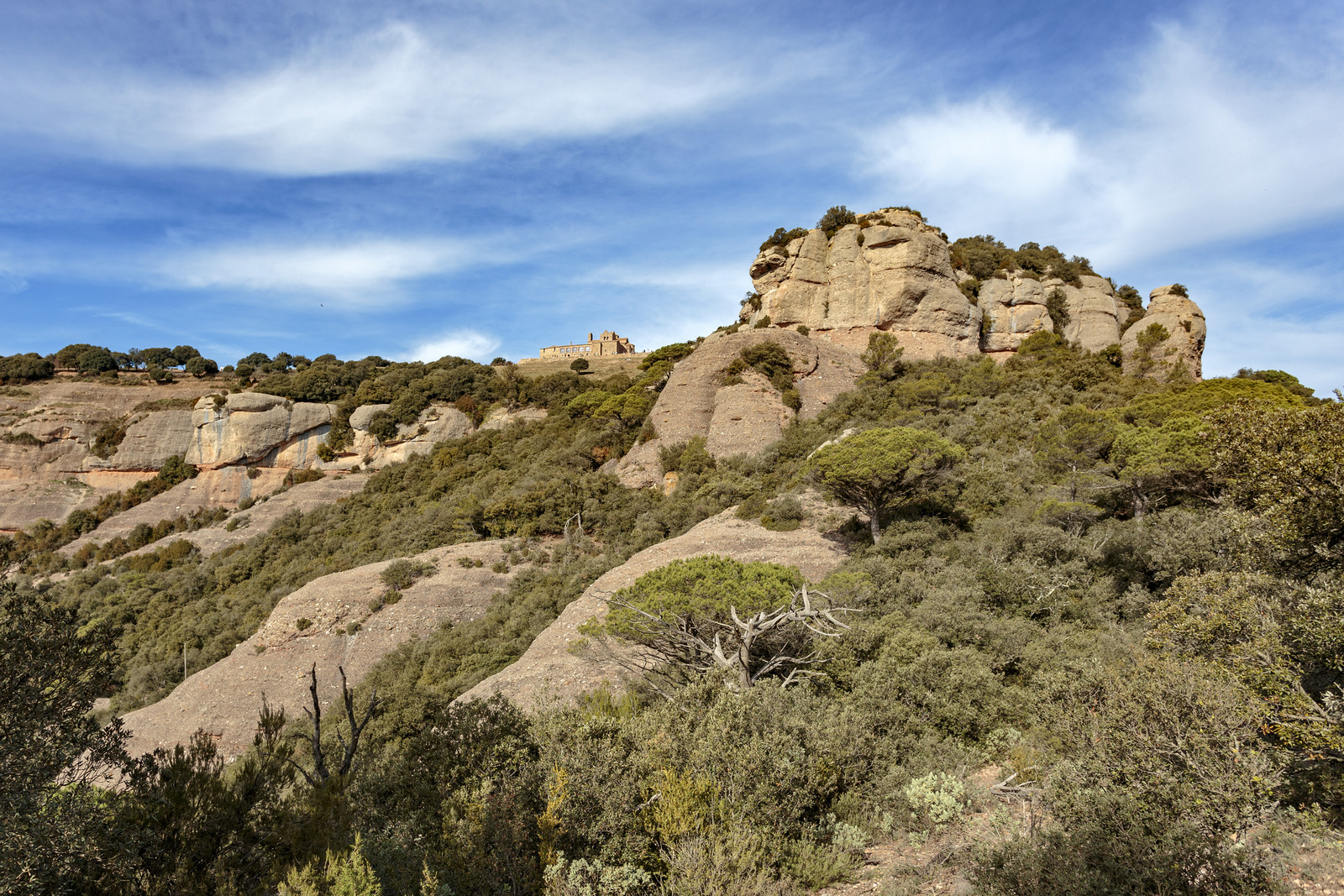 The monastery, it seems, is already quite close, but you still need to go around this rock on the right.
*** 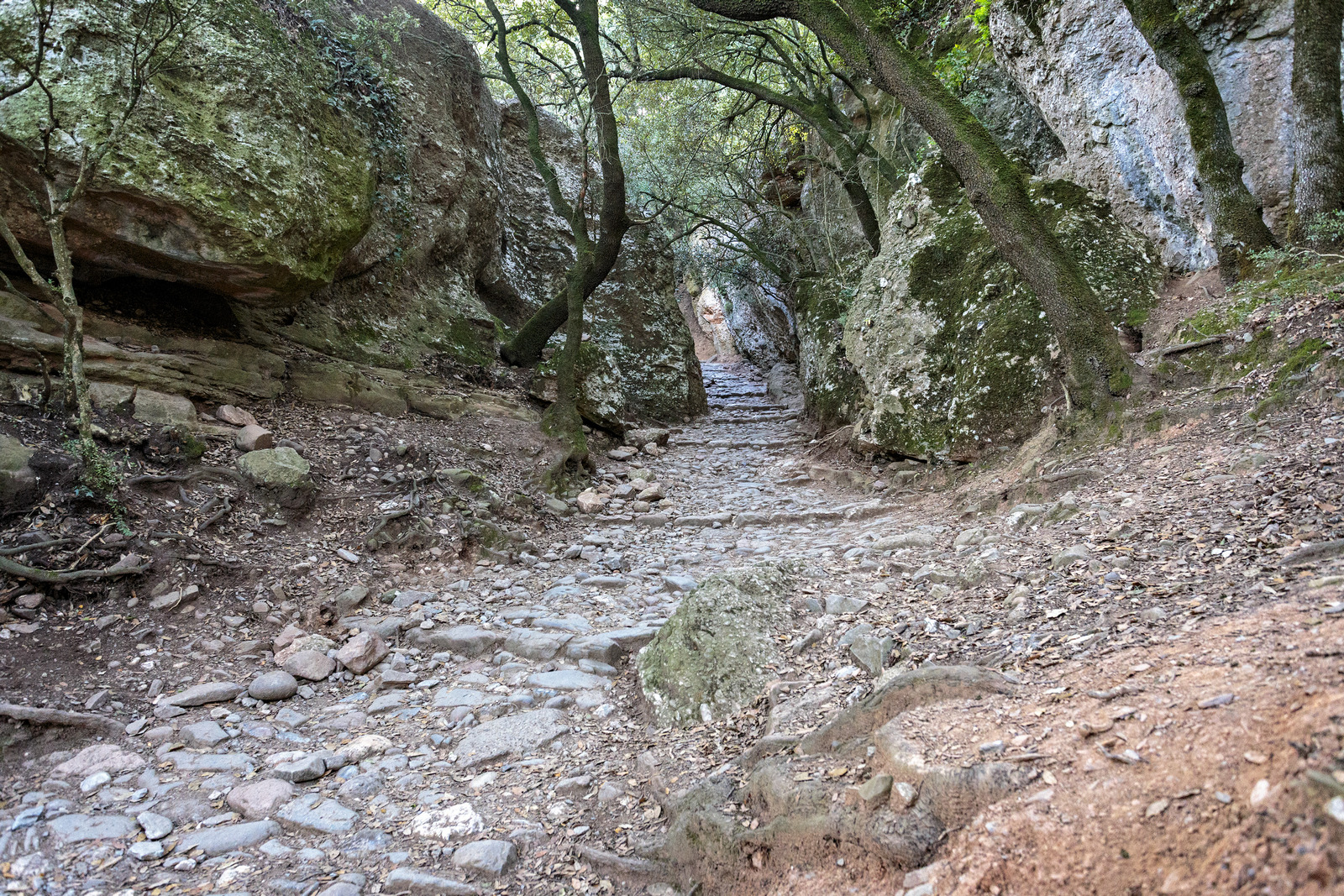 We keep going up and up the path of the monks.
*** 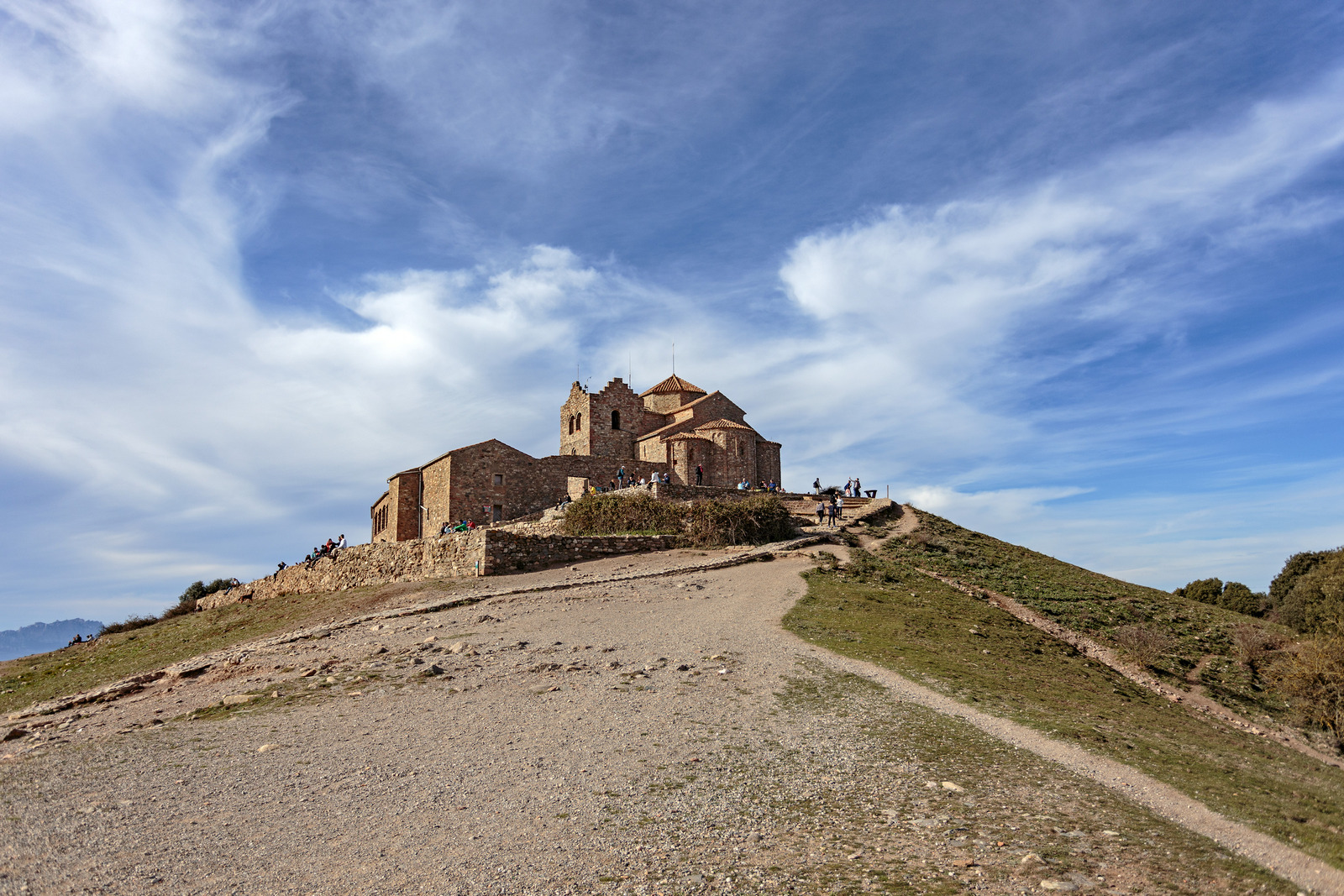 And finally, the monastery of Sant Llorenç del Munt!
*** 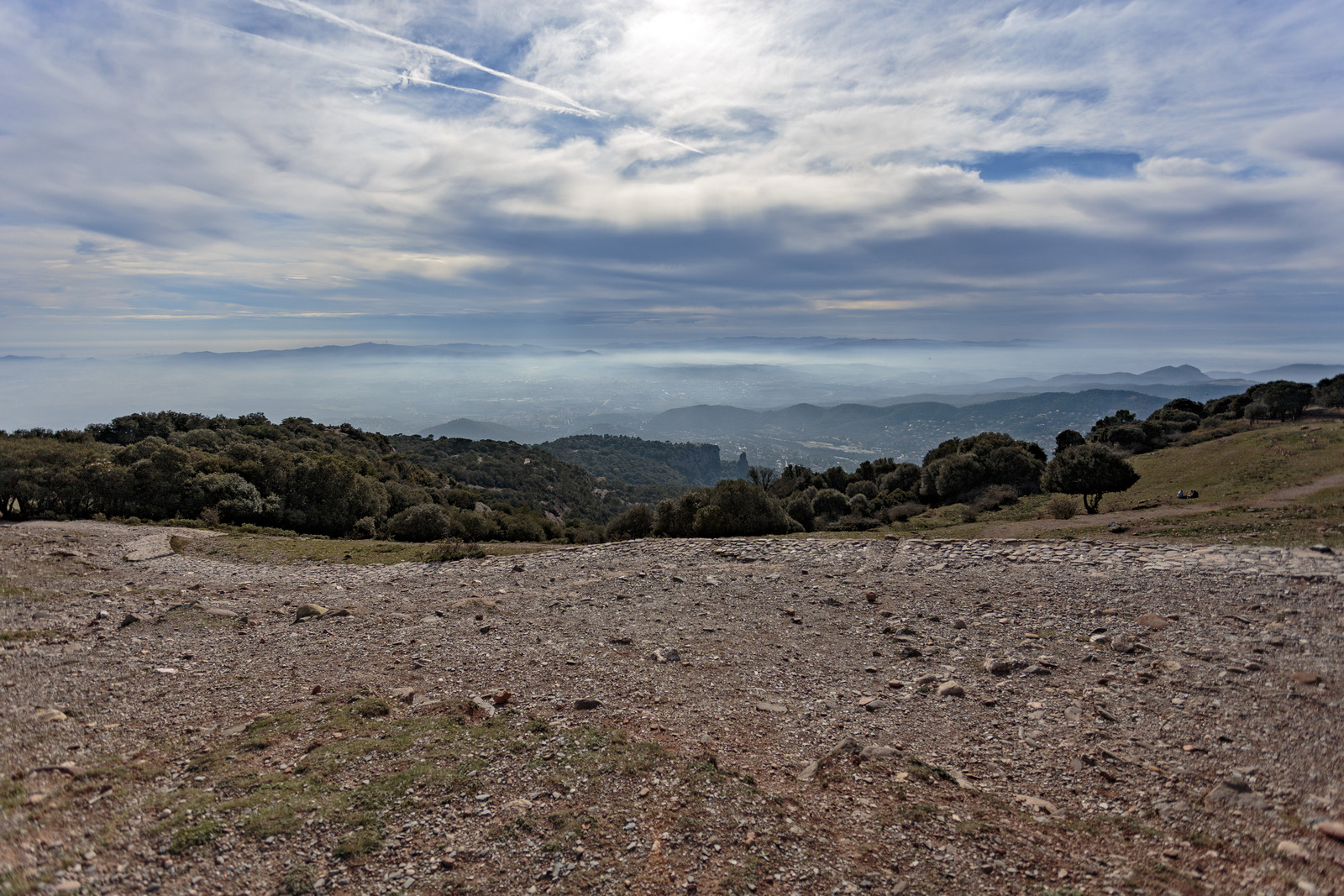 Somewhere below, covered with fog, lies the Vallés valley. And beyond the distant mountains on the left side of the image is Barcelona (if you look closely, you can see the spire of the Barcelona TV tower).
*** 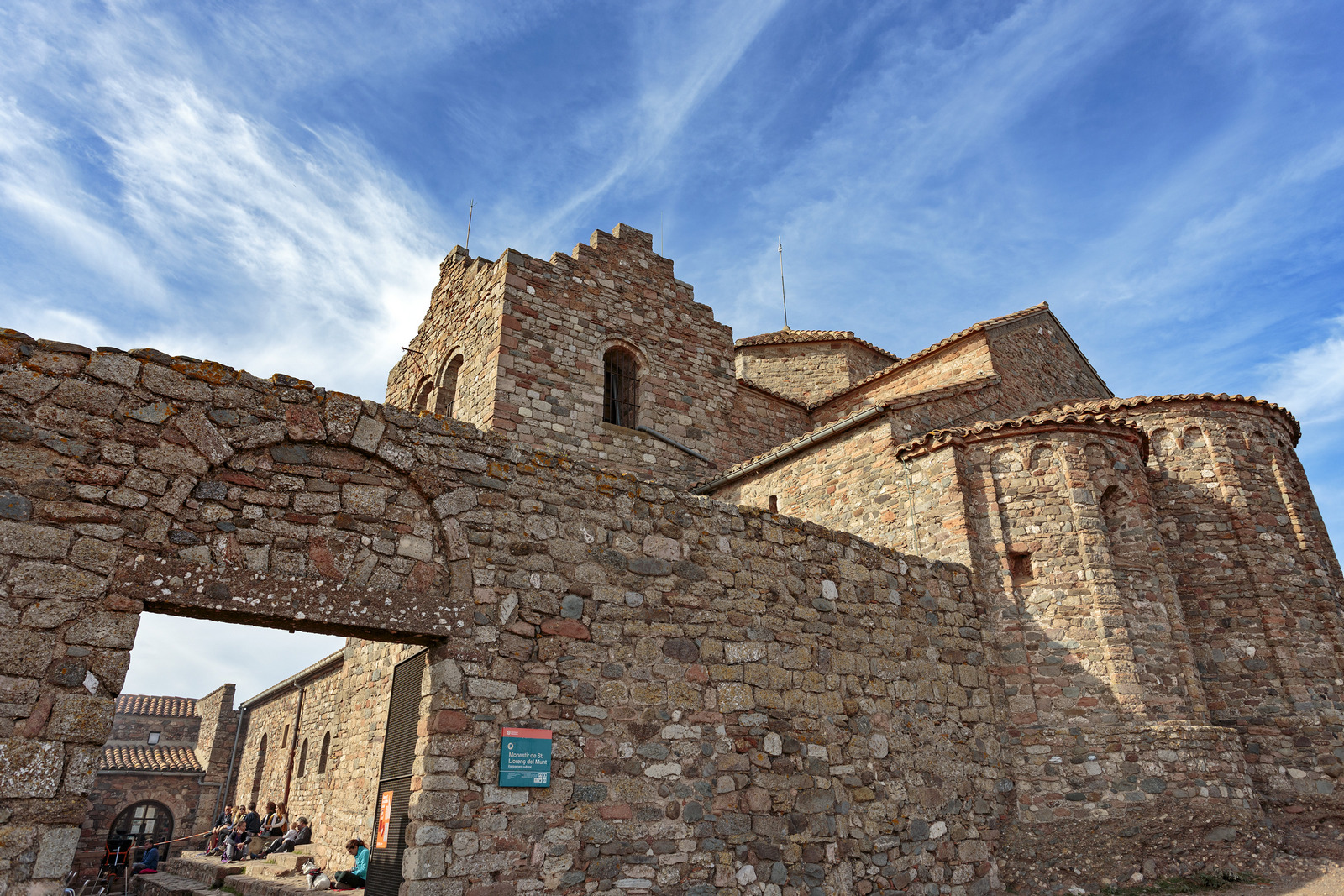 Entrance to the monastery.
*** 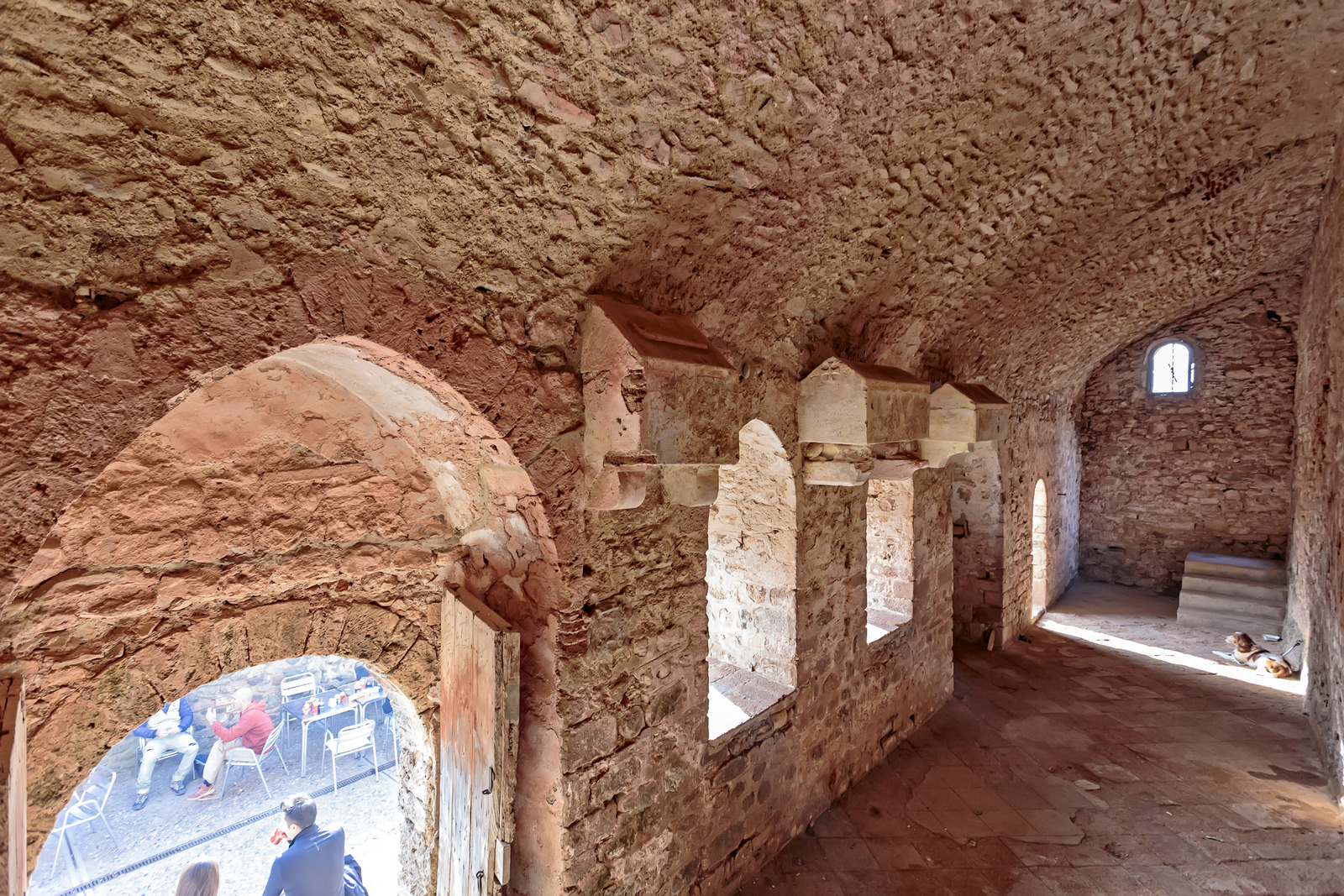 A narrow gallery in front of the entrance to the monastery church, in architectural terms – galilee.
*** 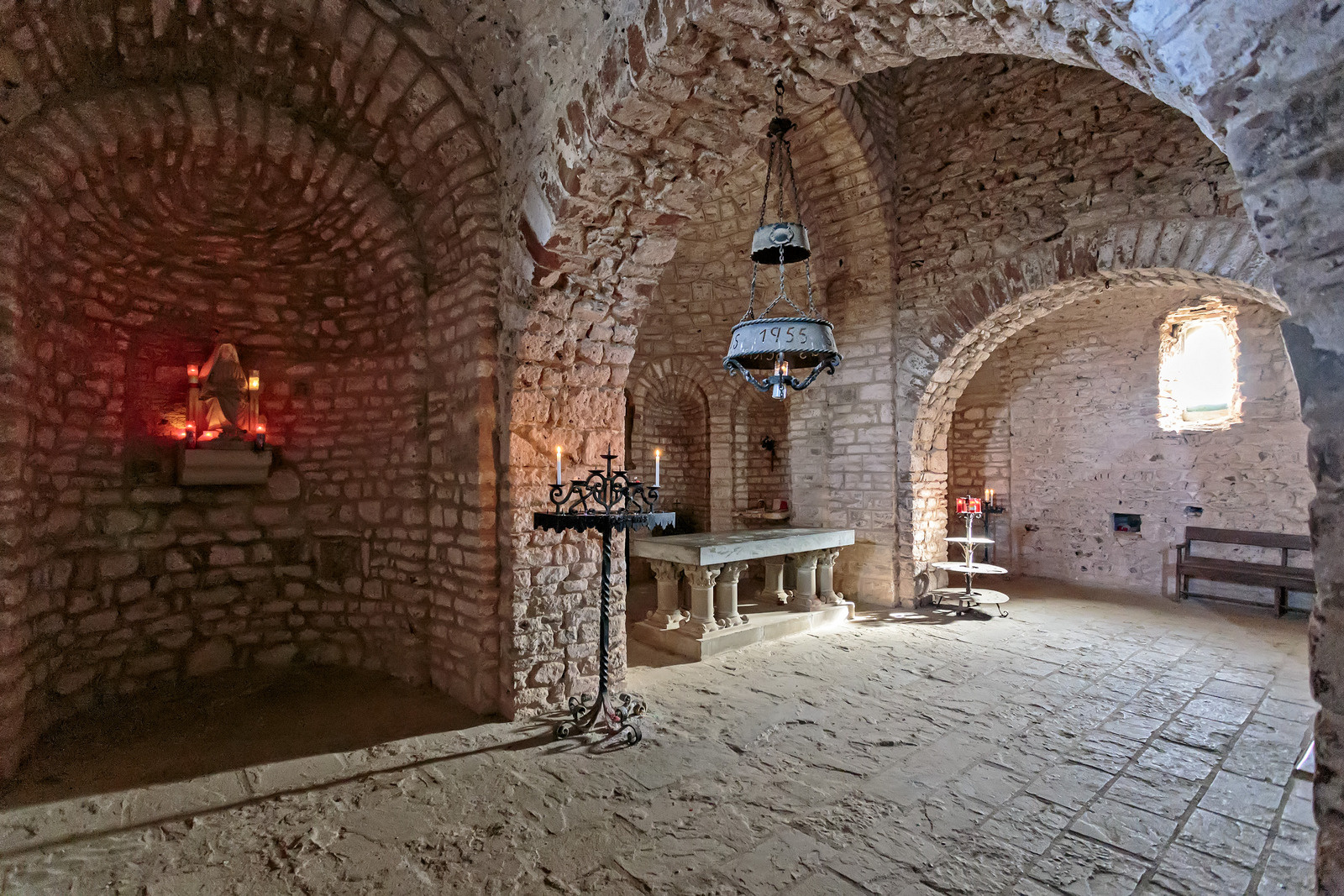 The interior of the church.
*** 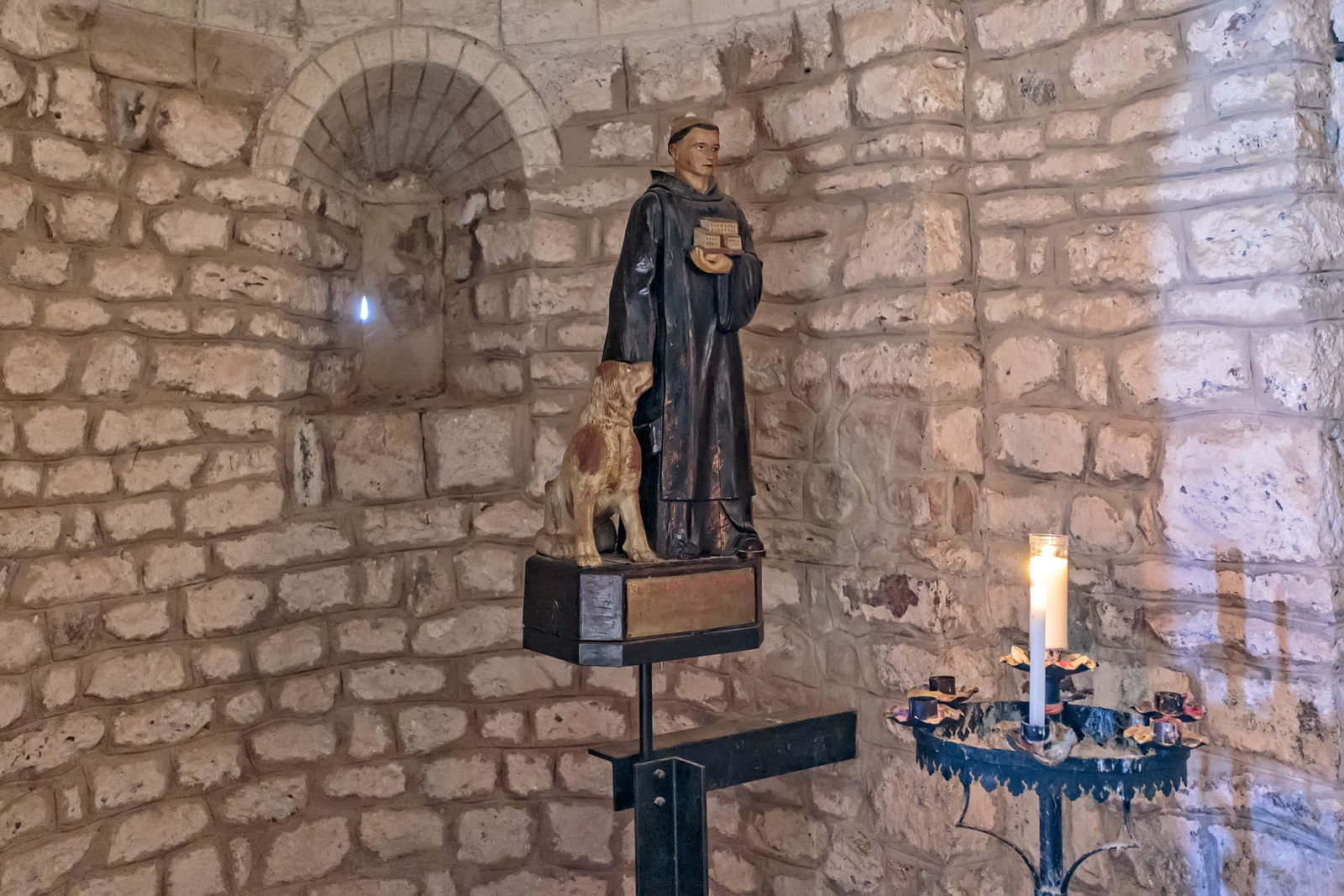 It seems that the patron saint of the church is Saint Bernardo of Menton, known, among other things, for rescuing lost and snowed travelers on a mountain pass between Switzerland and Italy. It is in honor of him that the breed of dogs “St. Bernard” is named, which are often used in rescue operations. 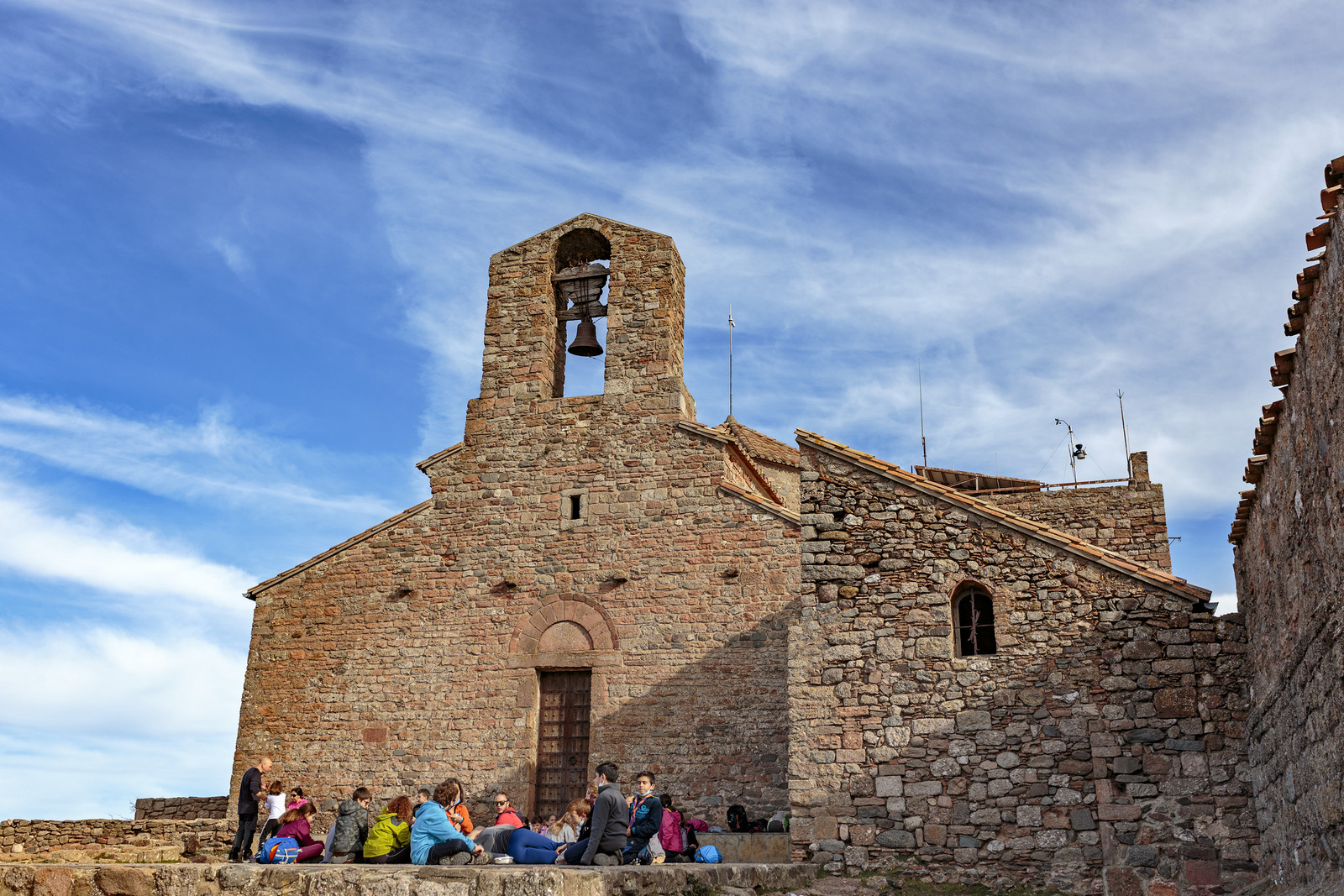 On the landing in front of the monastery bell tower, a group of schoolchildren are enjoying their lunch. Hardy guys!
*** 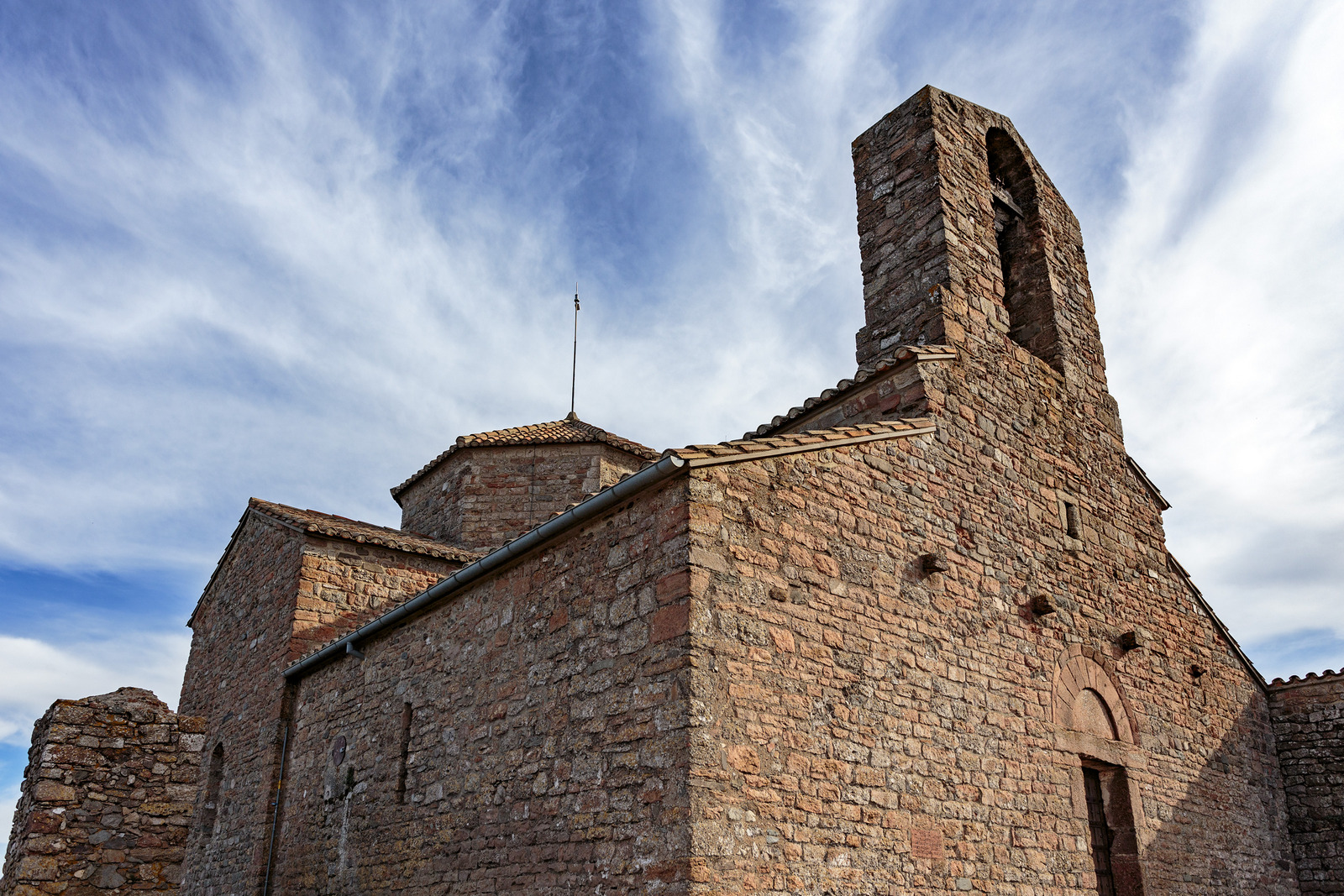 Side view of the monastery church and bell tower.
*** 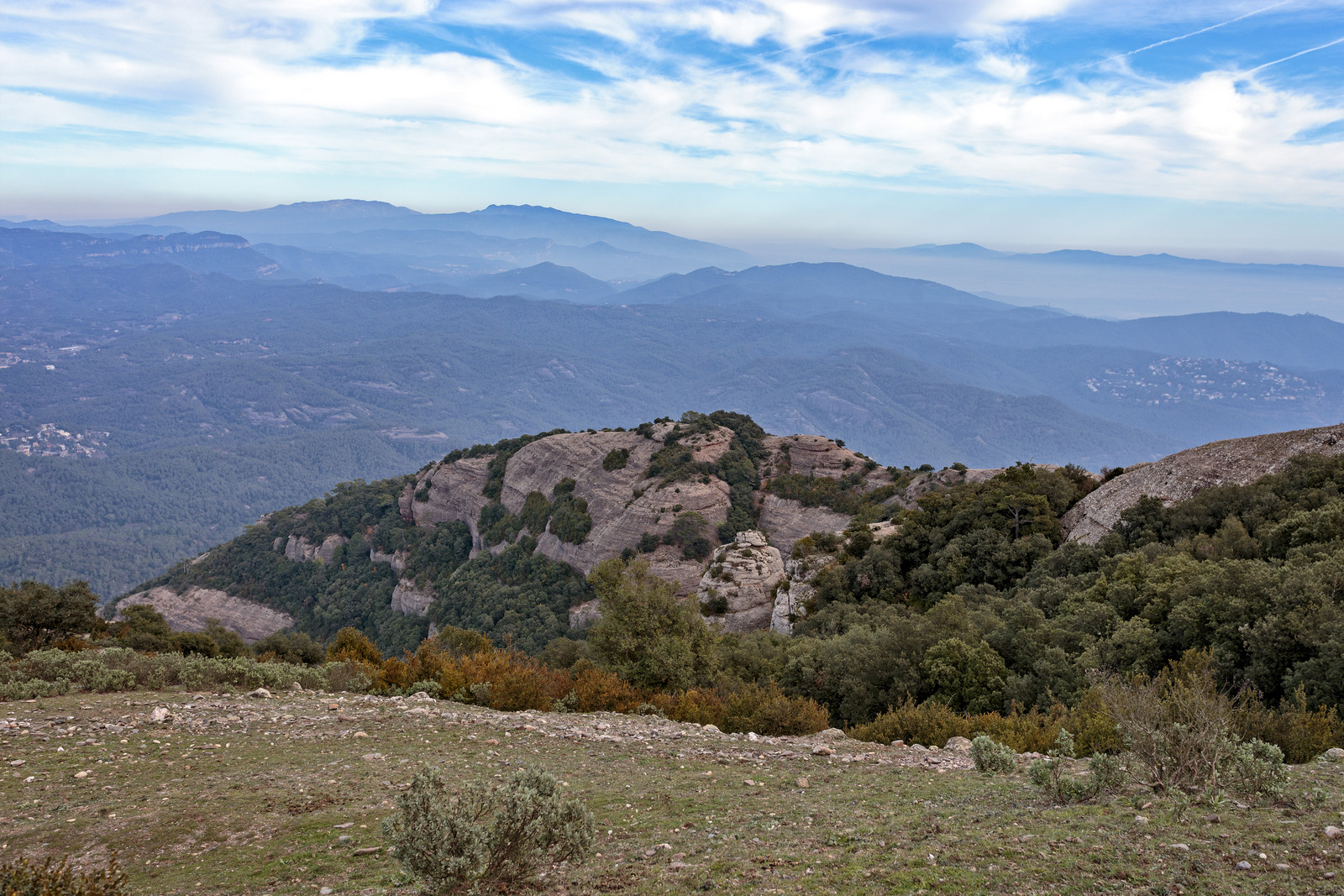 View to the east. Somewhere far beyond the mountains – is the sea.
*** 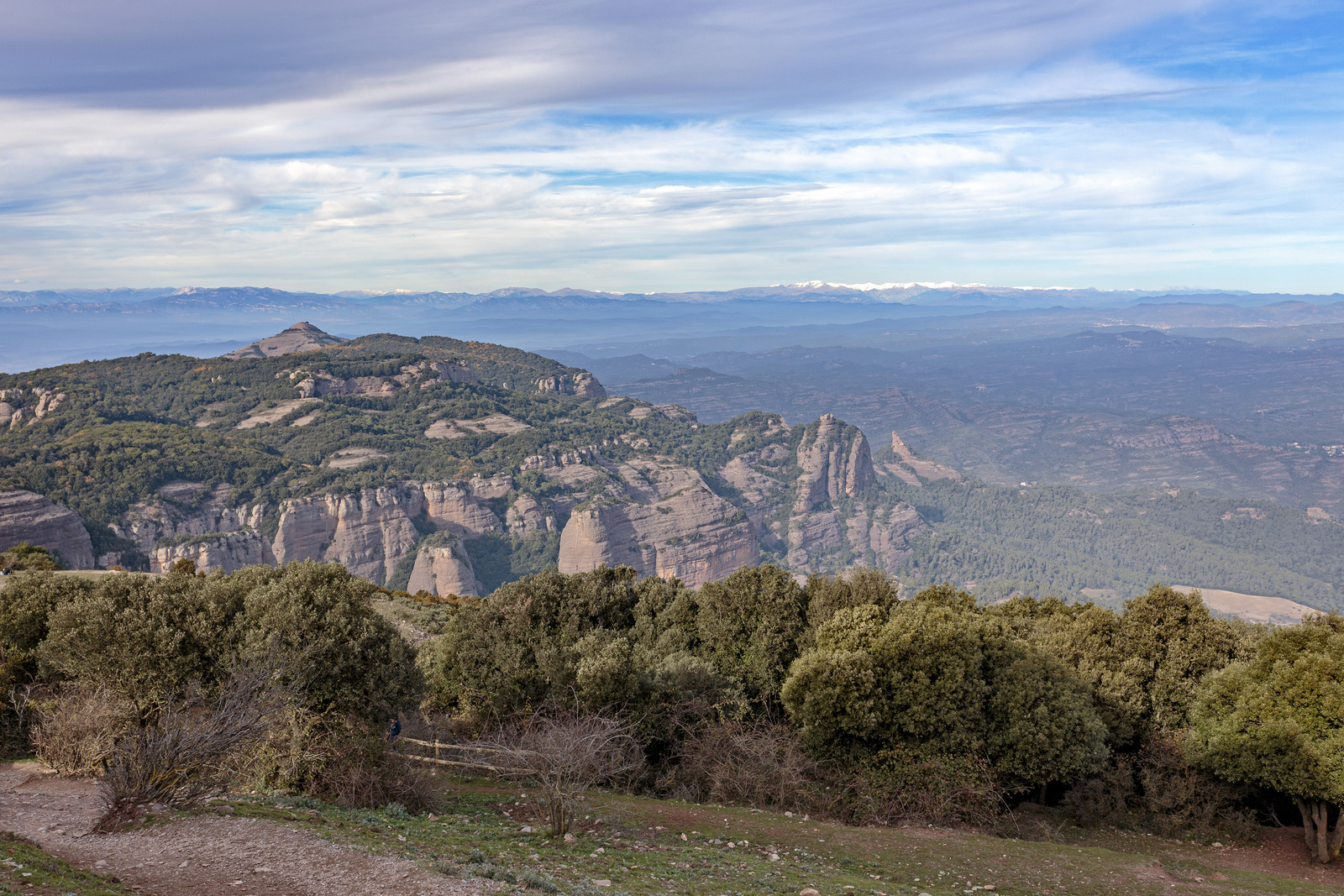 And this is a view to the north. On the horizon, views of the snow-capped peaks of the Pyrenees.
*** 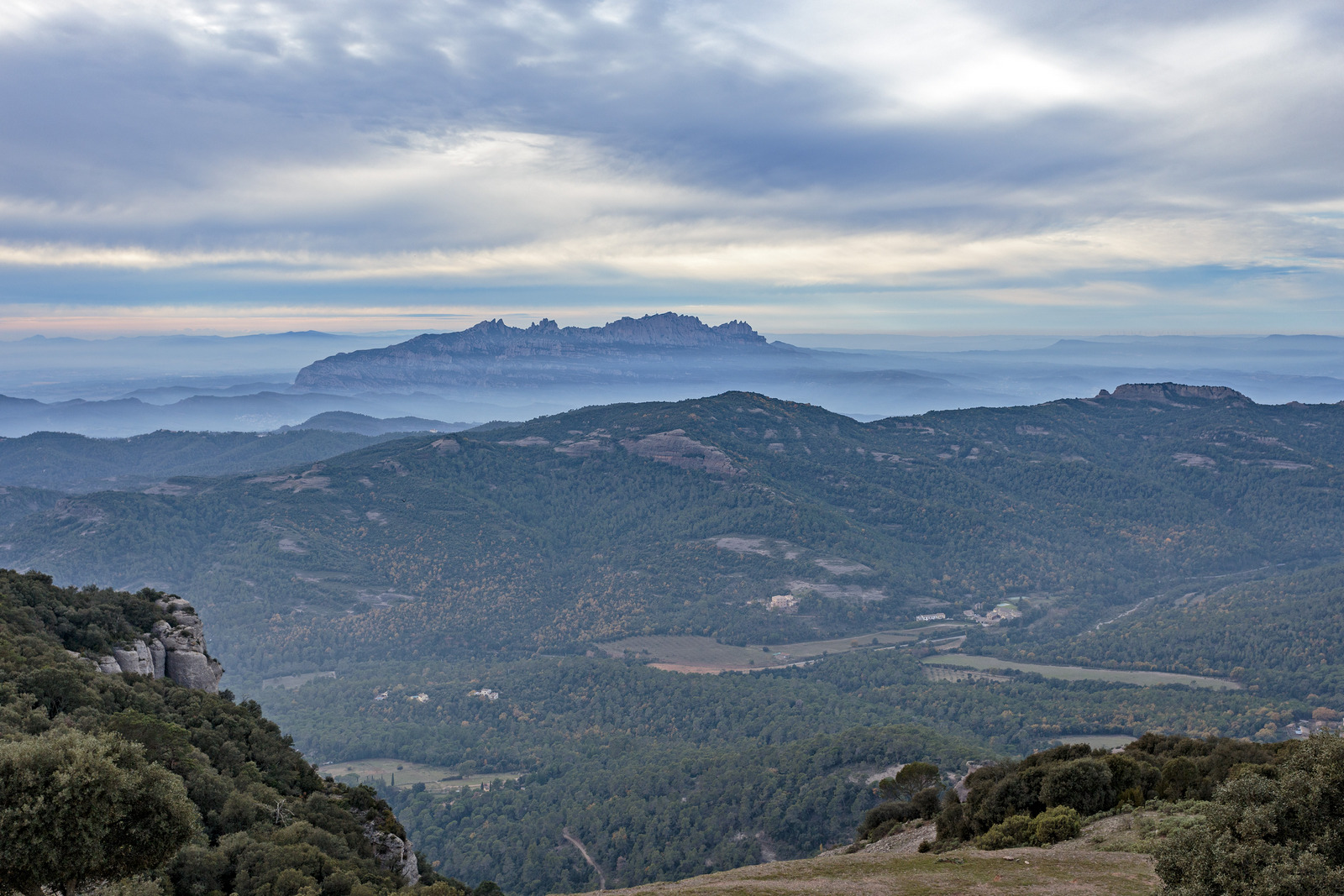 And finally – a view of mountain Montserrat, the base of which is covered with fog.

***
If, after viewing these photos, you suddenly have a desire to visit the monastery of Sant Llorenç del Munt, we strongly recommend that you read this article on our blog. Here you will find more useful information for planning your trip and will see even more photos.