We bring to your attention a few photos taken during the walk. 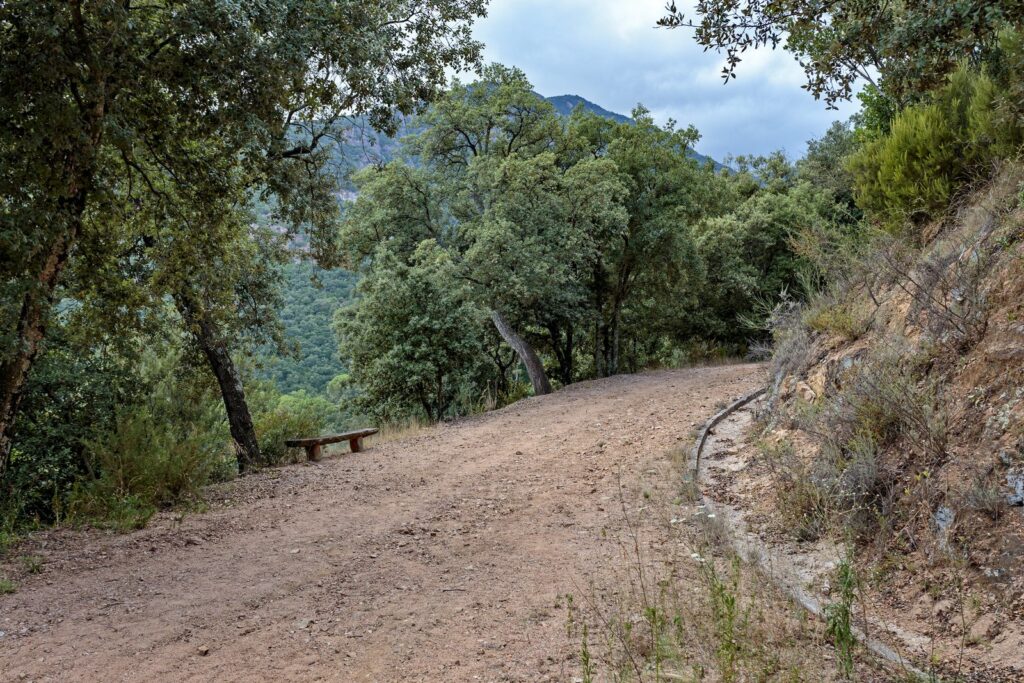 Following the recommendations of the park employee, we set off along the walking route to the Salt de Gualba waterfall. The winding path leading upwards is laid where the cogwheel railroad line once passed.
*** 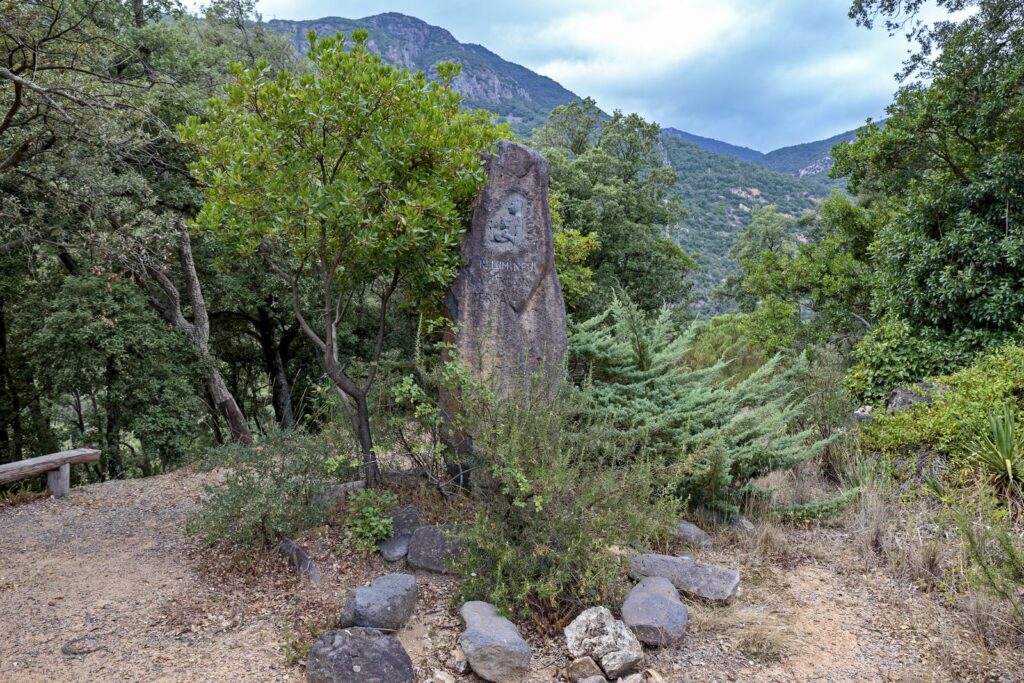 About halfway up the ascent to the waterfall are the remains of the railway station, as well as the Monolith of the April Rose, dedicated to the patroness of Catalonia, the Holy Virgin of Montserrat. By the way, the local railway bore her name and was called Cremallera de Montserrat.
*** 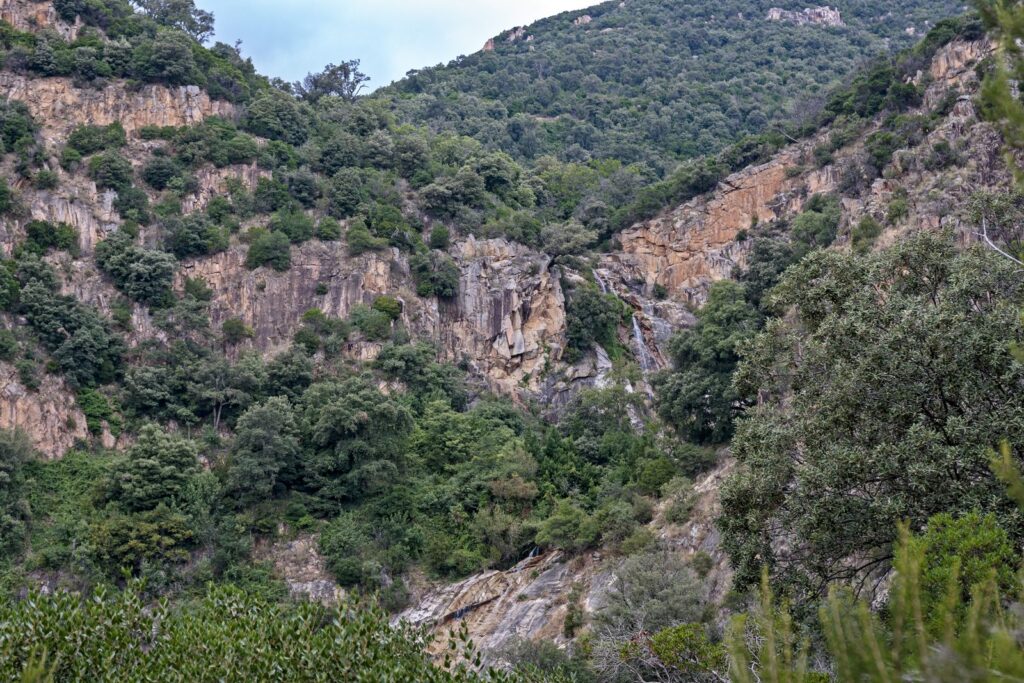 View of the Salt de Gualba waterfall from the observation deck.
*** 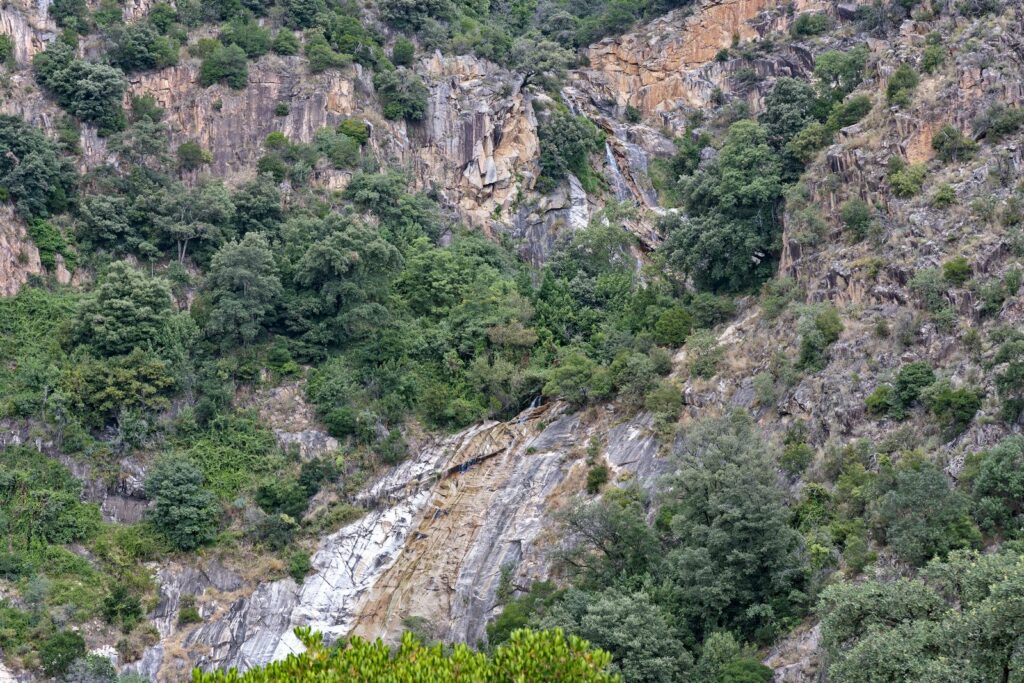 Close up photo. The water first falls from a height and then flows down the rocky ledges from right to left at the bottom of the photo. Unfortunately, you cannot get closer to the waterfall, so to get a better view of the waterfall, bring your binoculars.
*** 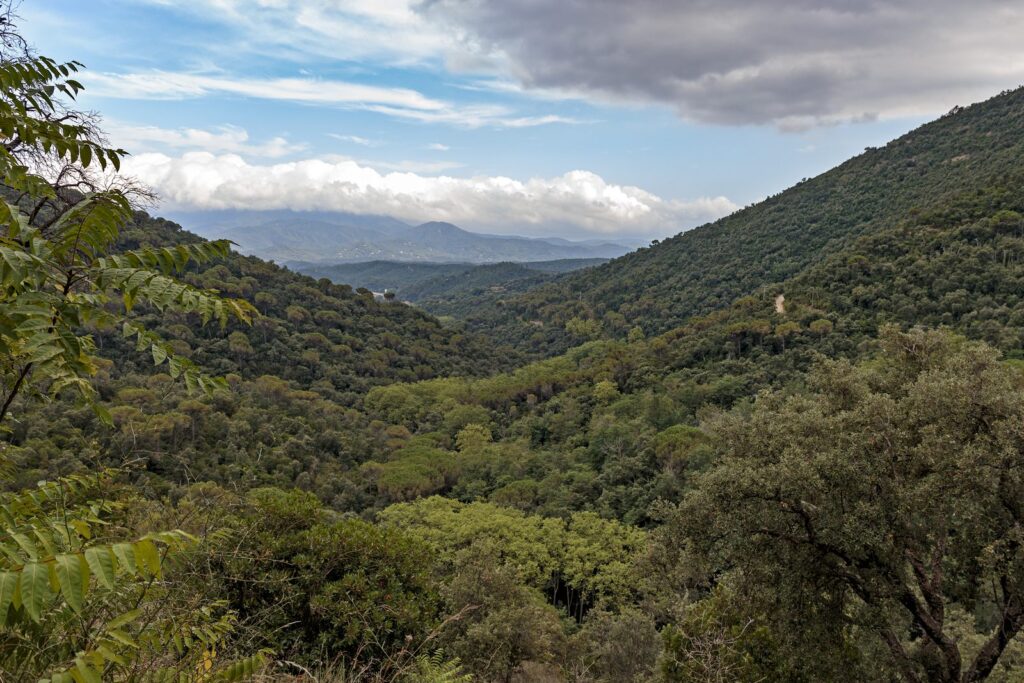 View from the observation deck to the Montnegre mountain range, behind which is the sea and the towns of the Costa del Maresme.
***

We go down and follow the stream bed, flowing among the fragments of rocks in the dense shade of spreading trees.
*** 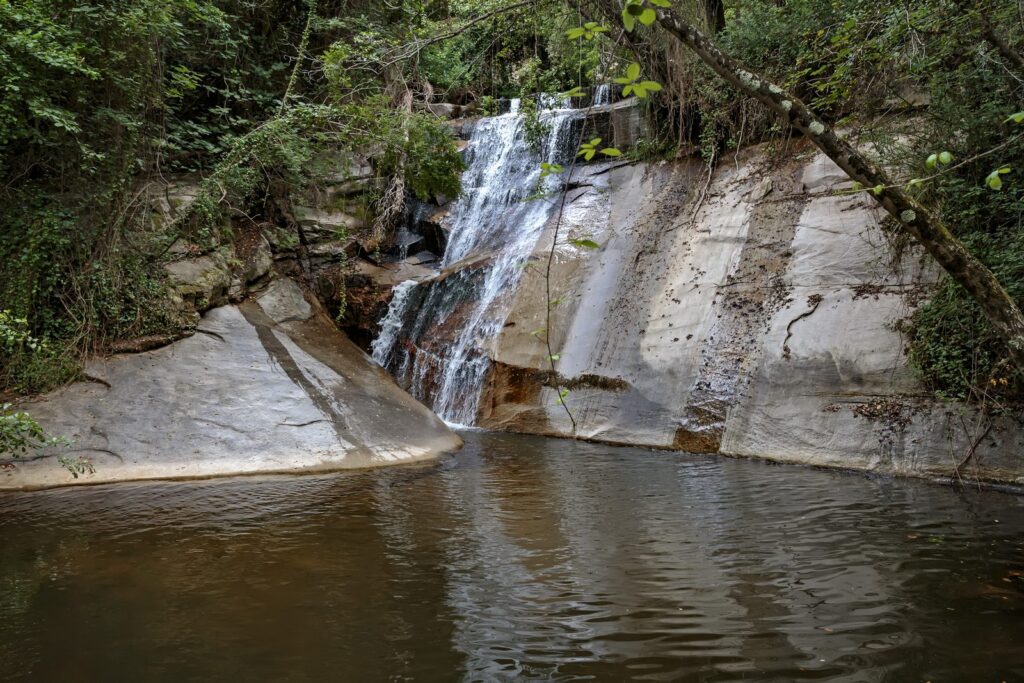 One of the most beautiful waterfalls on the path of the Gualba stream in the forest. At the foot of the waterfall there is a small pond with clear cold water. The rules of the Natural Park Gualba prohibit swimming in the stream; however, there are always hotheads eager for new adventures😃. 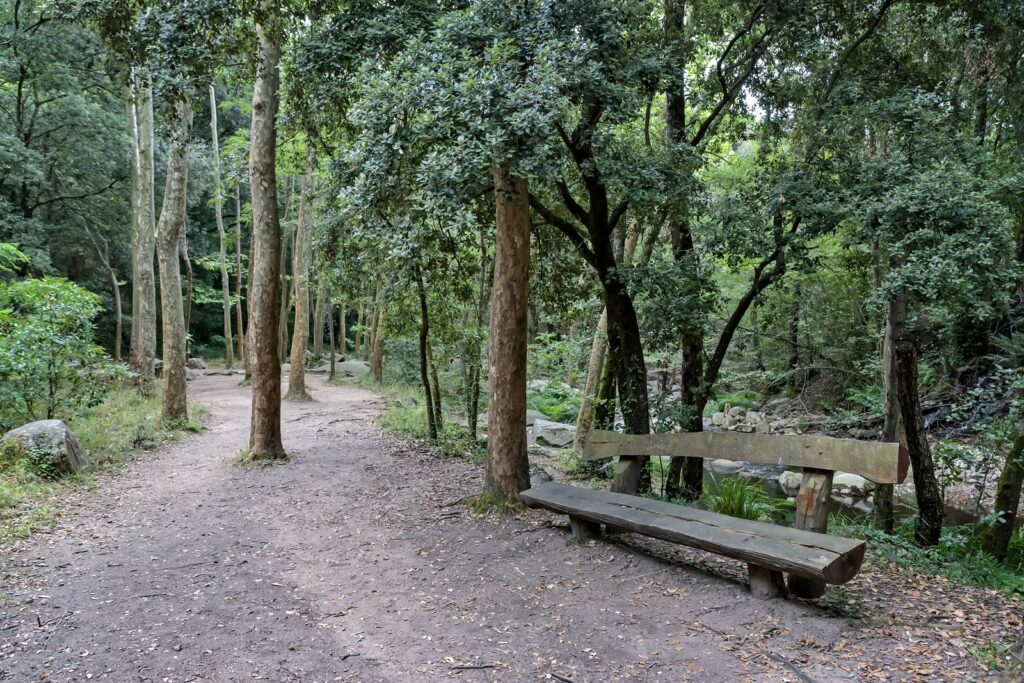 Walking along the trail along the stream is very comfortable; there are benches everywhere to sit in the shade of the trees and enjoy the murmur of the stream and the singing of birds.
*** 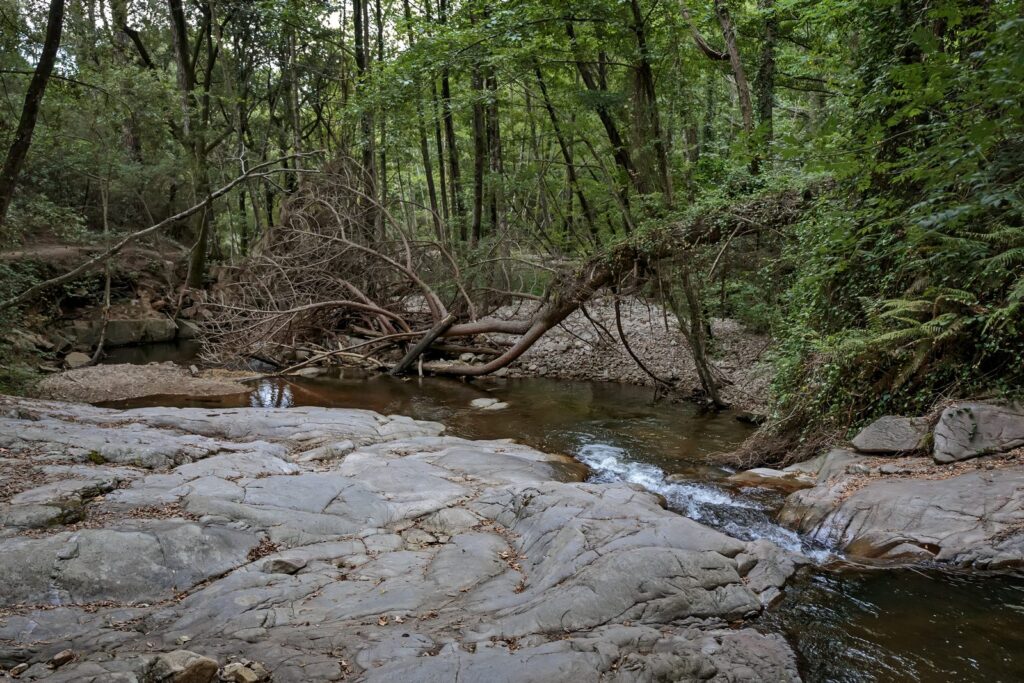 A ready-made stage set for shooting movies about the Jurassic dinosaurs.
*** 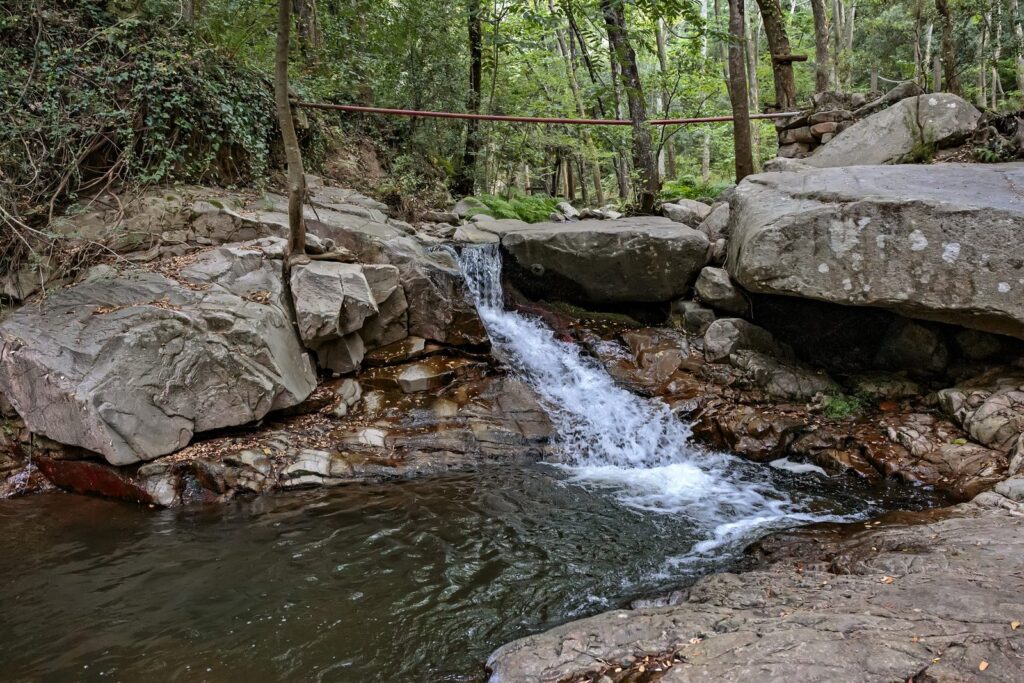 There are numerous obstacles here and there on the way of the stream, forming new waterfalls.
*** 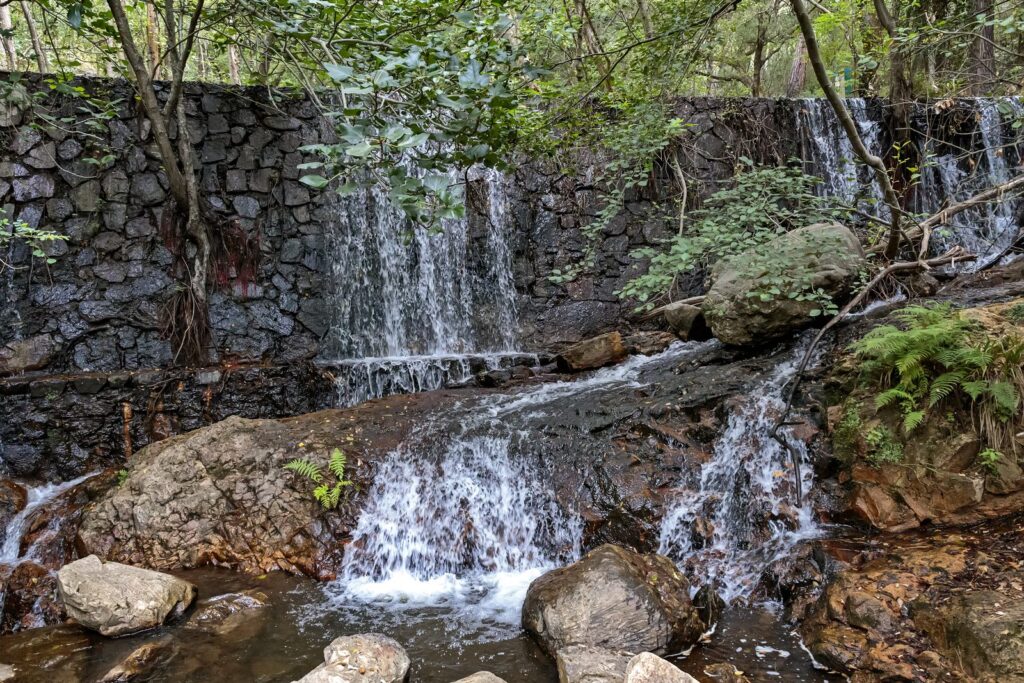 The man-made wall fits well into the landscape.
*** 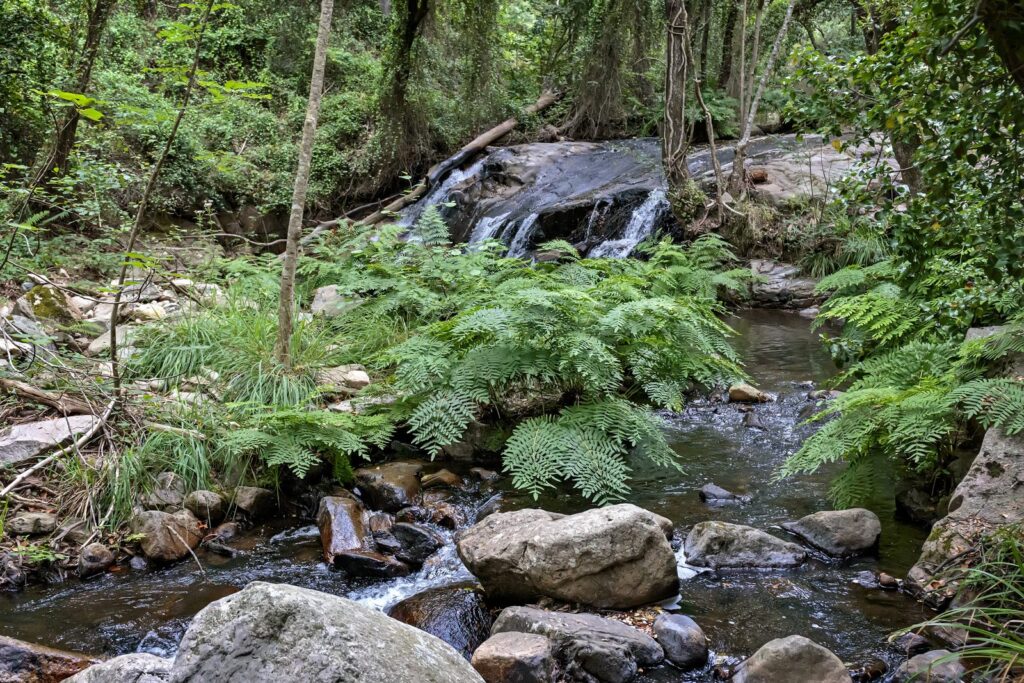 Numerous thickets of ferns, which, according to Wikipedia, appeared on Earth about 405 million years ago in the Devonian period of the Paleozoic era, only enhance the feeling of being in a prehistoric forest.
*** 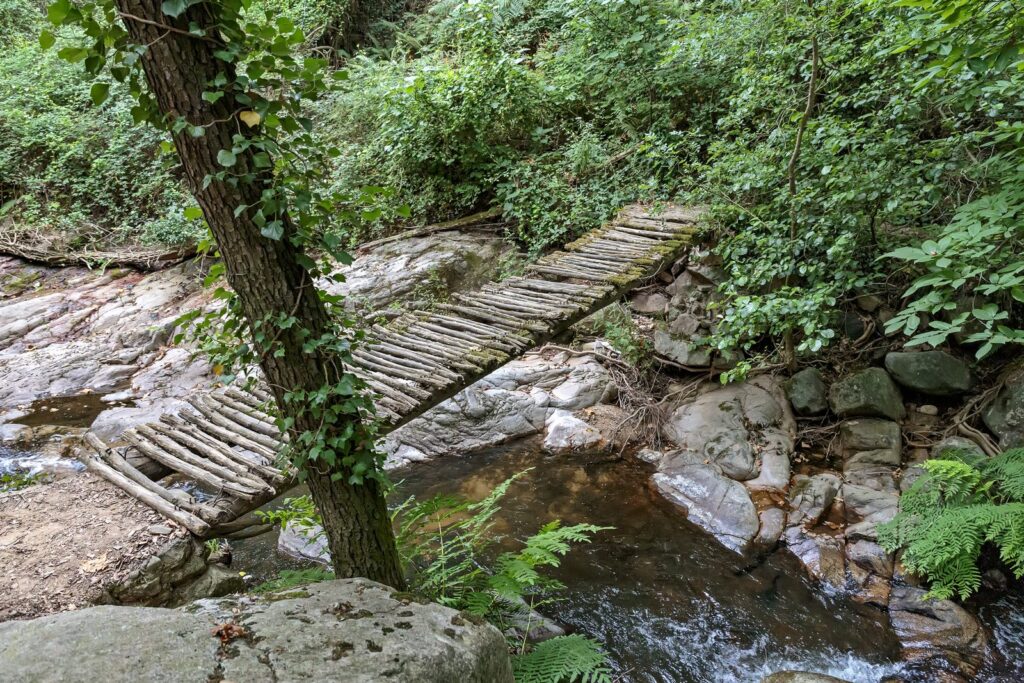 A flimsy-looking wooden bridge over the stream. We would not be surprised if we found out that somewhere there is a bigfoot family living secretly in the park.
*** 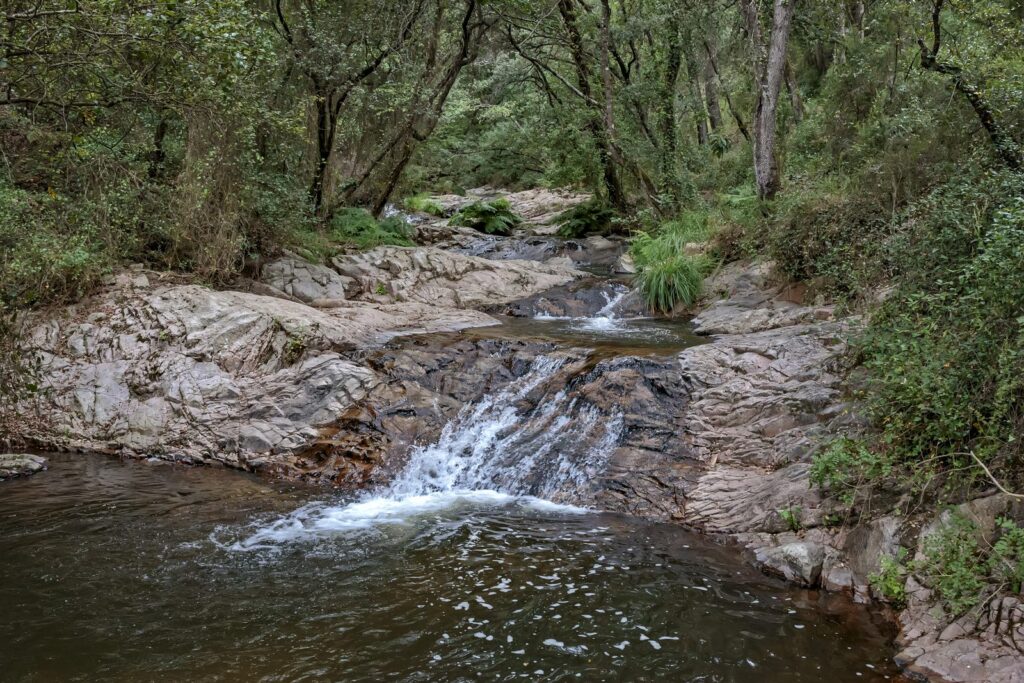 To read more details for planning your trip to the Park of Gualba, as well as to see more photos, you can follow the link in our blog.
Share this post
Tags: None