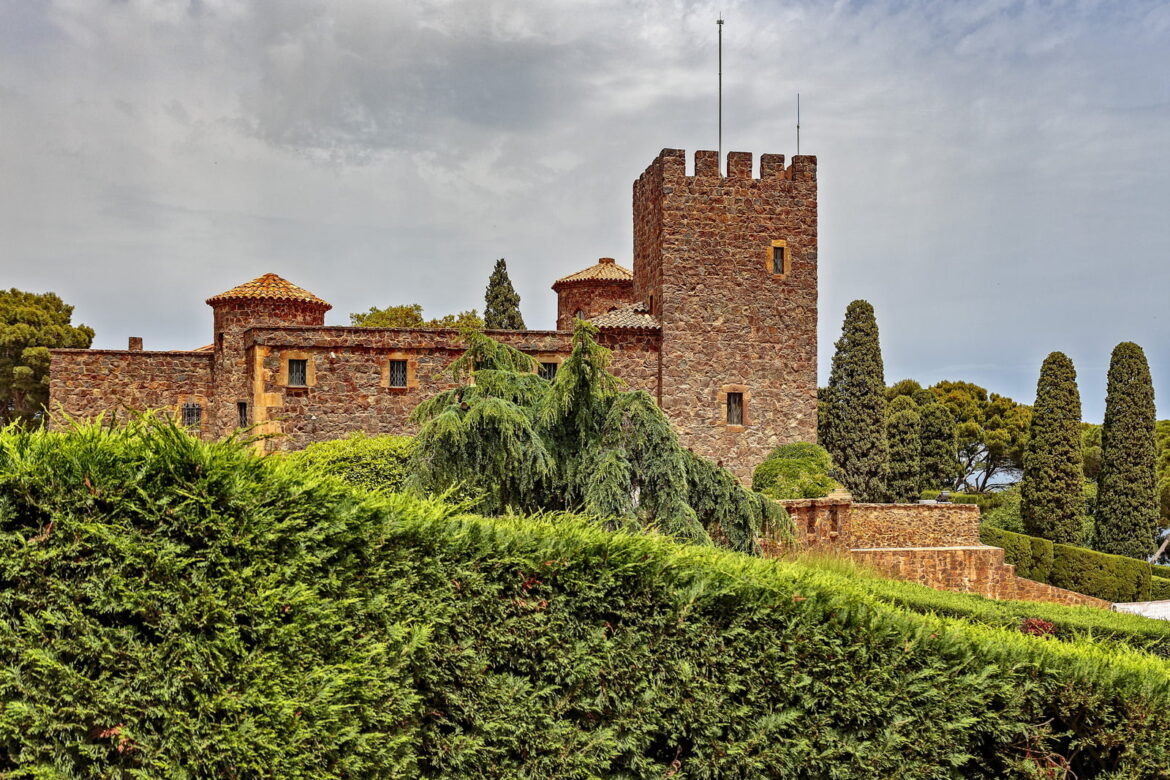 In the suburbs of the small town of Calella de Palafrugell, on a rocky cliff overlooking fantastic views of the Costa Brava and the bay of Calella, there are the world famous Cap Roig Gardens.
The gardens were created in the 30s of the 20th century by the former colonel of the Russian tsarist troops Nikolai Voevodsky, as well as his English wife Dorothy Webster.

Today we have a great opportunity to enjoy a gorgeous botanical garden with magnificent views of the Mediterranean Sea. The gardens cover 17 hectares of coastline, and more than 1,000 plants from all over the world are collected here. Sculptures of renowned Spanish and international talents are exhibited in the gardens. On the territory of the botanical garden there is also a castle that belonged to the Voevodsky couple.

Today, the gardens of Cap Roig, among other sites (such as the CosmoCaixa museum in Barcelona), are among the “social sites” (obra social) of the famous Catalan bank La Caixa.

We invite you to take a virtual tour of this magnificent place. 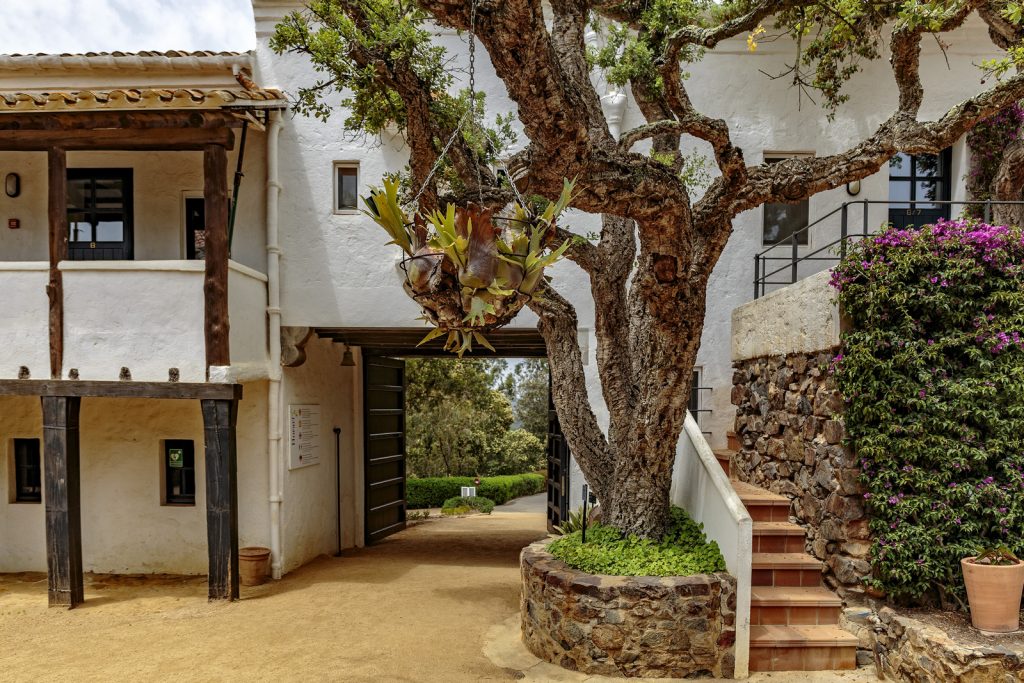 Entrance to the Cap Roig Gardens. Previously, in this part lived the staff working on the construction of the botanical garden and the Voevodsky castle. 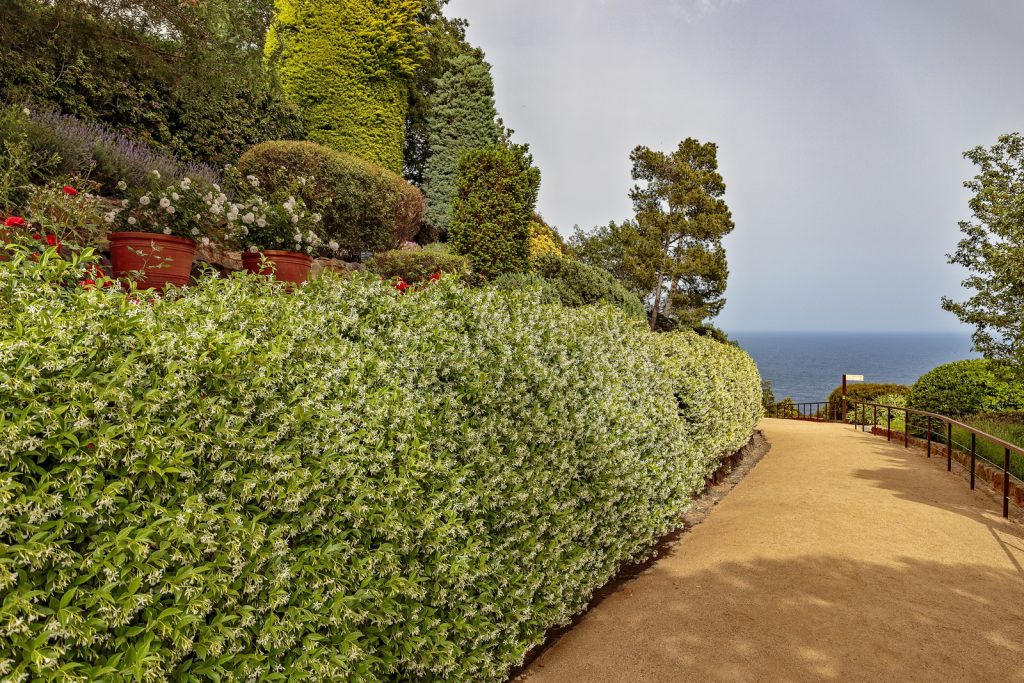 We go down a wide hiking trail, enjoying the opening views of the Mediterranean Sea.
*** 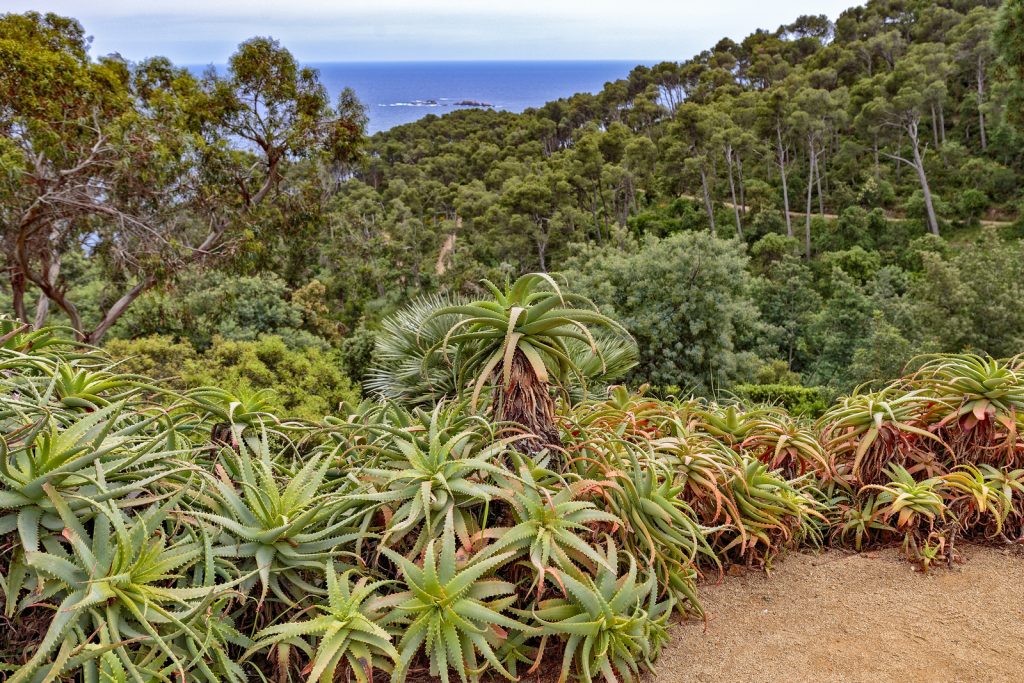 One can only guess what titanic efforts were required to create a botanical garden on a steep bank overgrown with Mediterranean pines.
*** 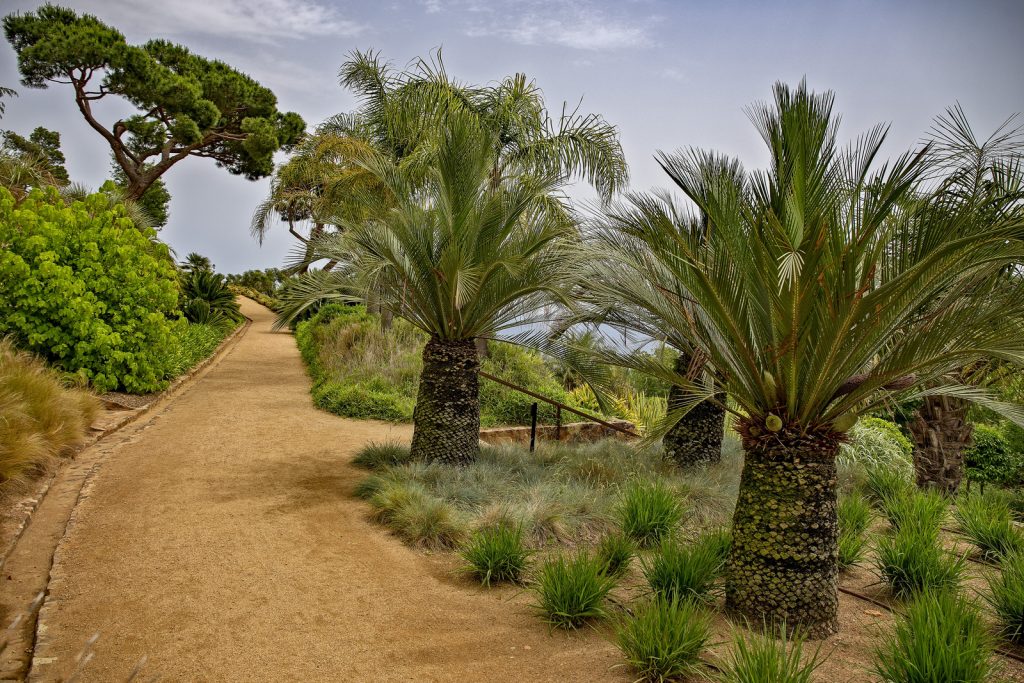 Just as much effort is required to keep the gardens in excellent condition. You can walk endlessly along these paths! To the right there is an entrance to the palm garden.
*** 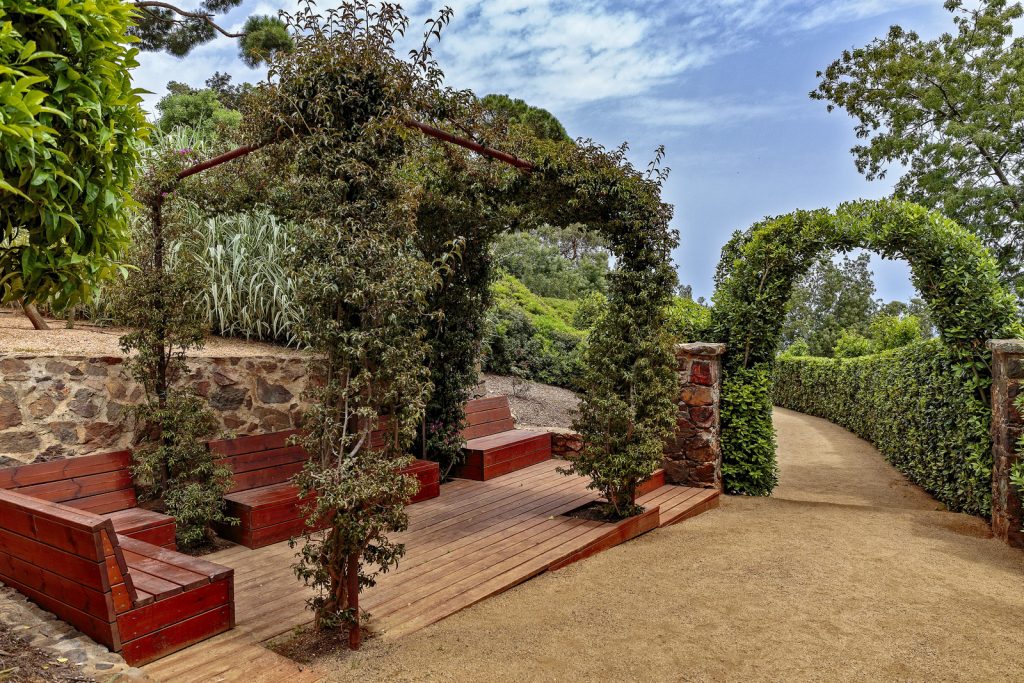 In the Cap Roig Gardens there is always a place to sit, relax and contemplate peacefully the splendor that nature has created in alliance with the caring and skillful hands of gardeners. 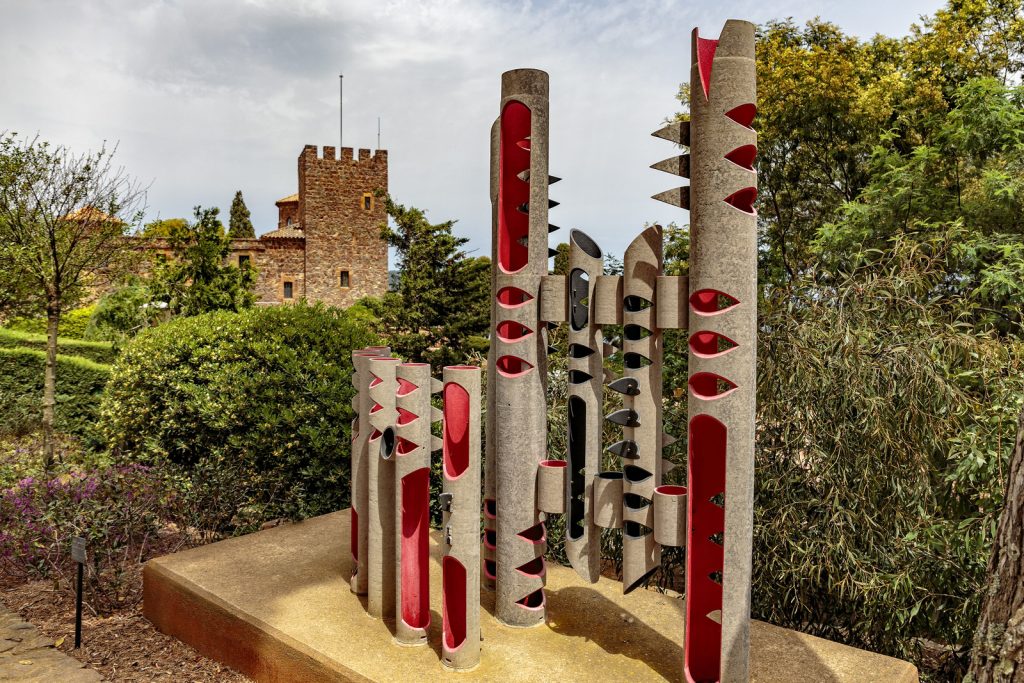 Along the paths of the garden, here and there there are various sculptural compositions and installations, for every taste and color.
*** 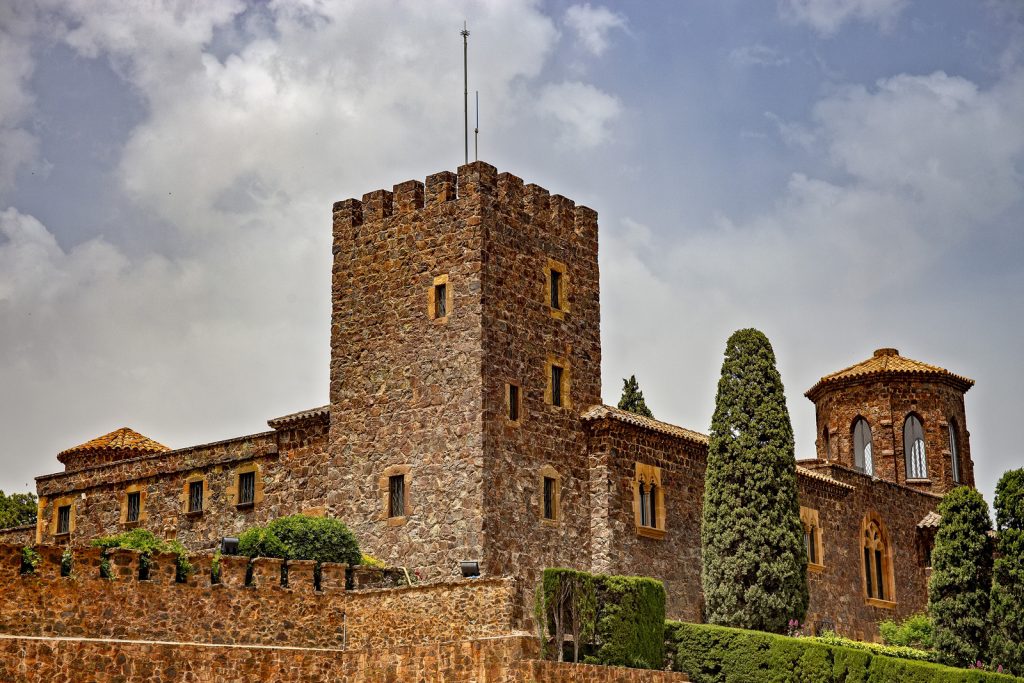 Festival square overlooking the Cap Roig castle. During the construction of the castle, fragments of ancient half-destroyed masias were used; these fragents were acquired in villages throughout Catalonia.
*** 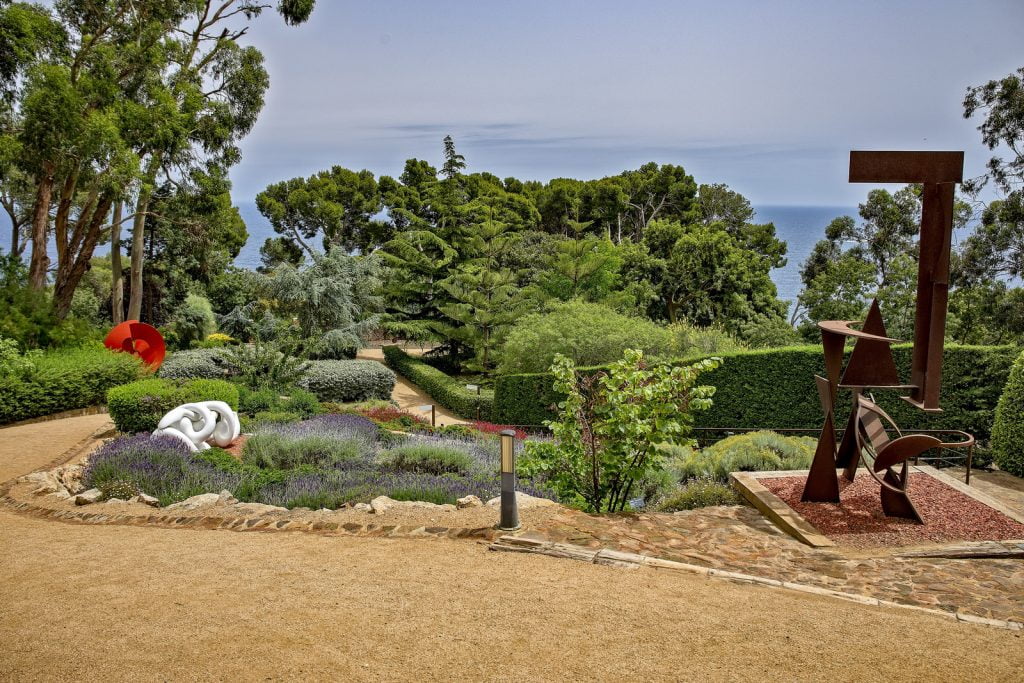 Descent from the festival square towards the “Colonel’s Garden”. Each part of the Cap Roig Botanical Garden has its own name.
*** 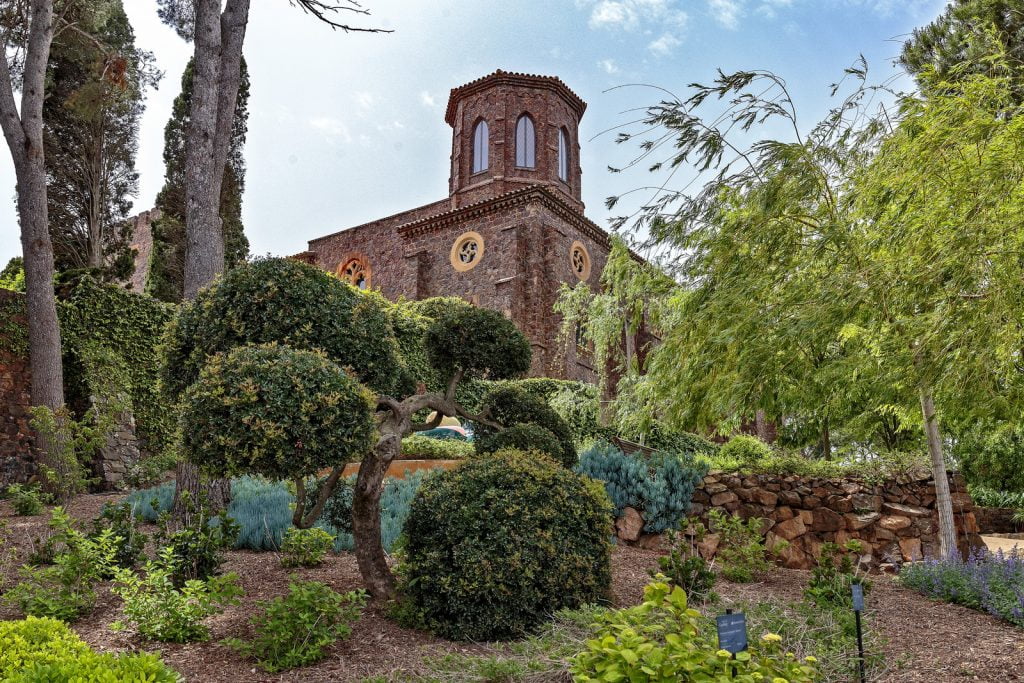 View of the castle from the “Lady Observation Deck”.
*** 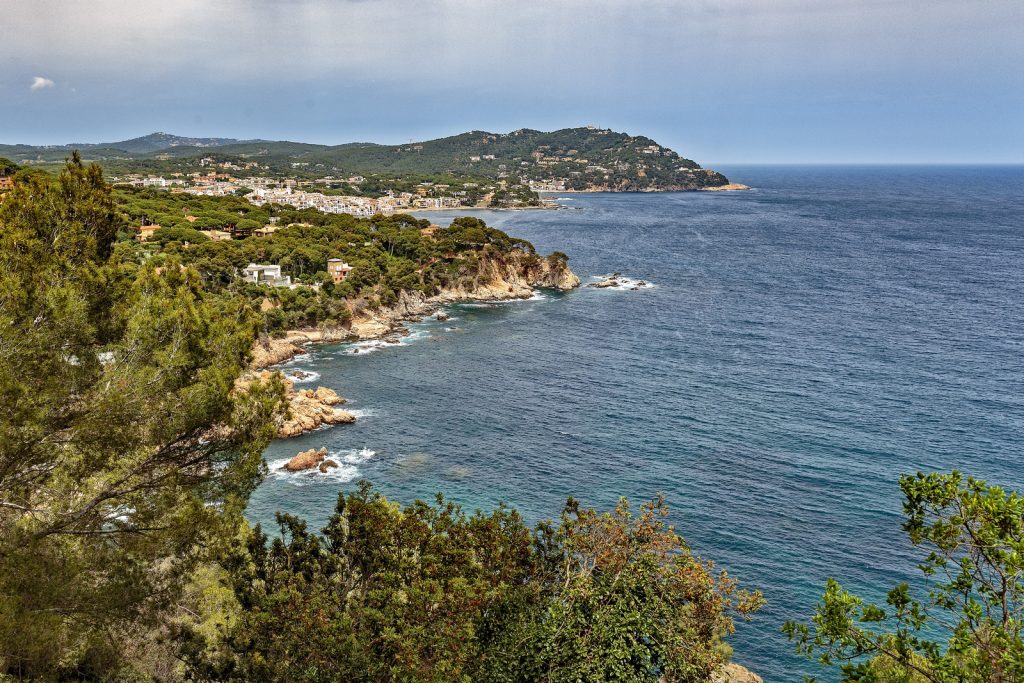 A view of the bays and the city of Calella de Palafrugell from the “Tea Place” – the former owners of the castle liked to drink tea here. 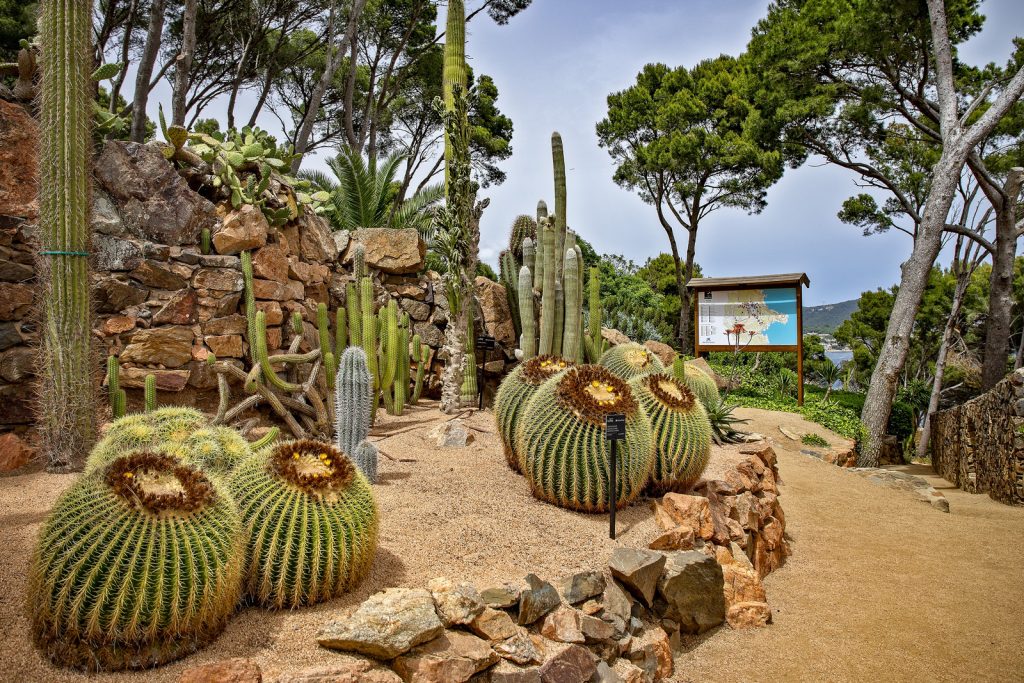 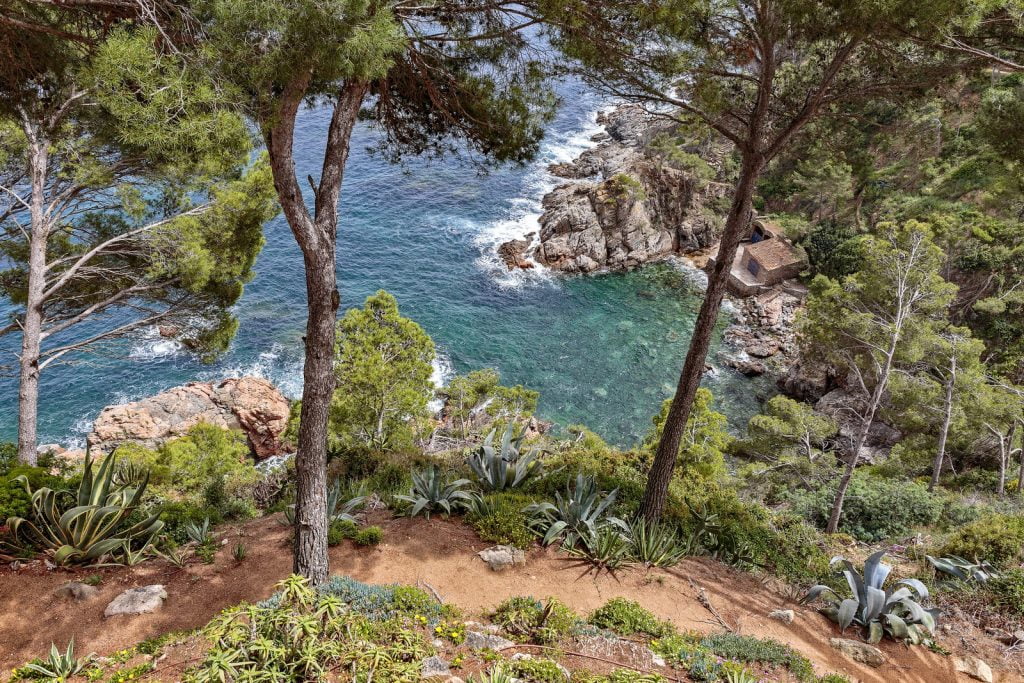 Sea view from the observation deck.
*** 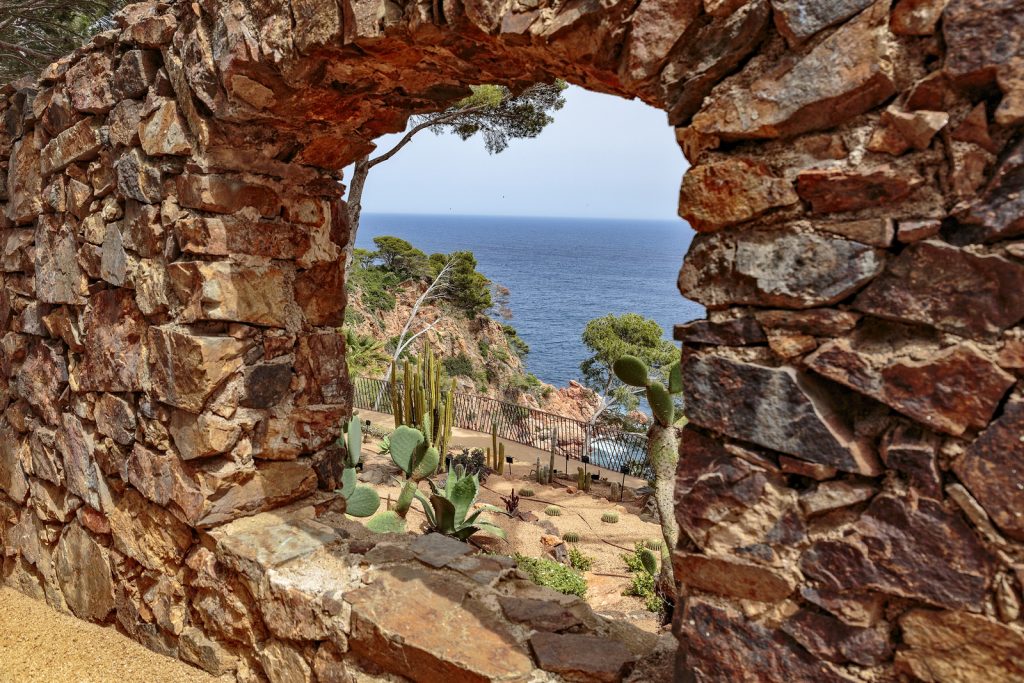 Your hand involuntarily reaches for the camera literally at every turn in Cap Roig gardens.
*** 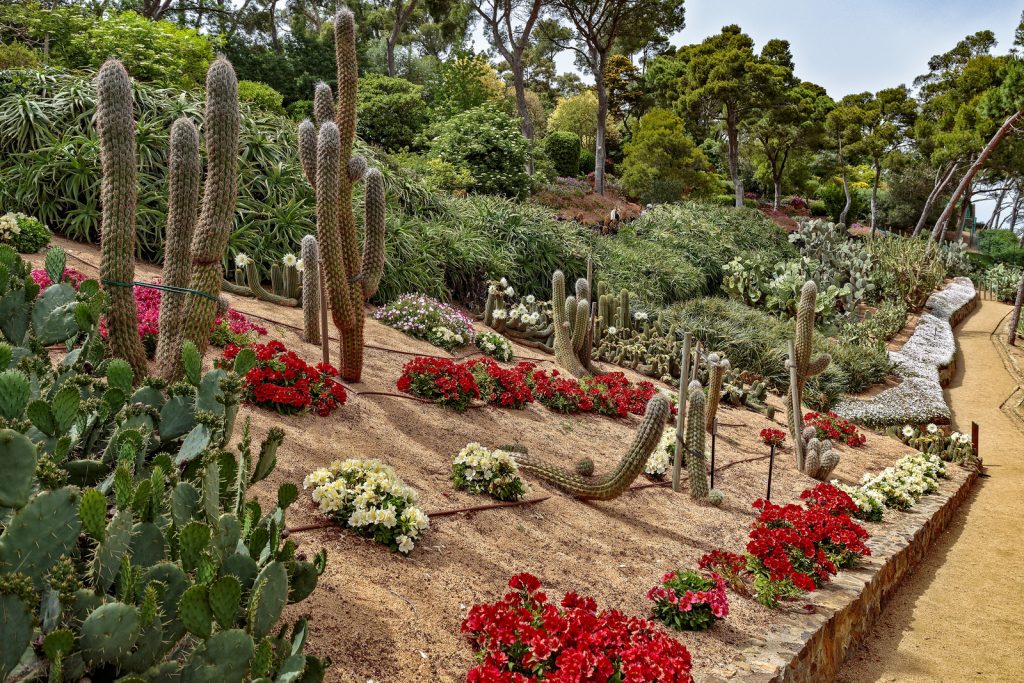 The incredible aromas of flowering plants add an indescribable flavor to the oxygenated air of the Costa Brava. Not every city dweller is able to withstand this!
*** 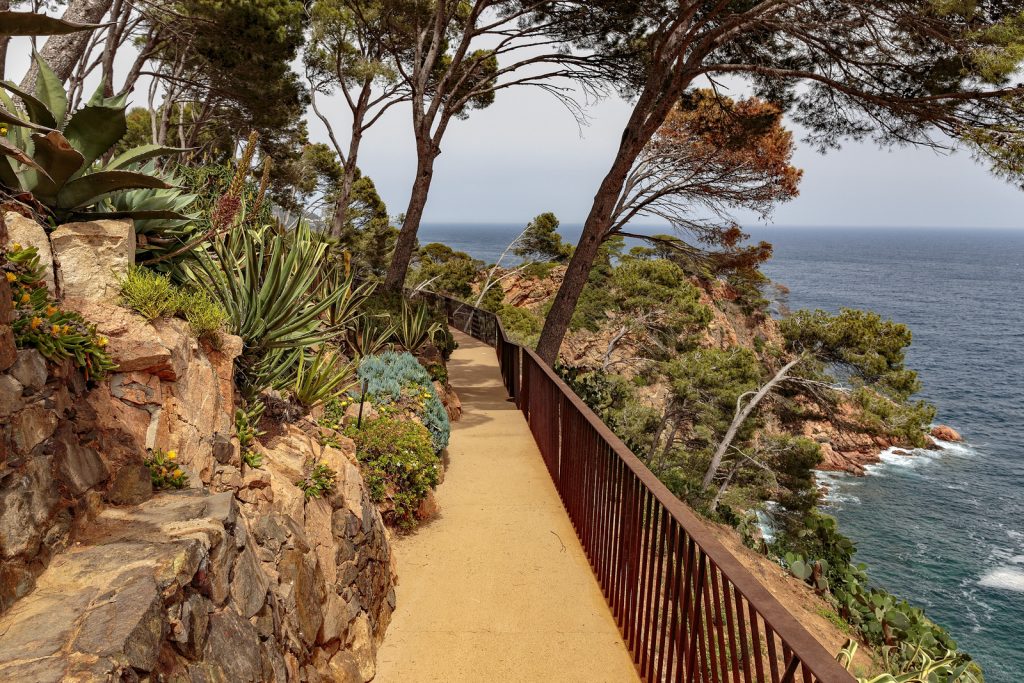 A path over a steep bank. 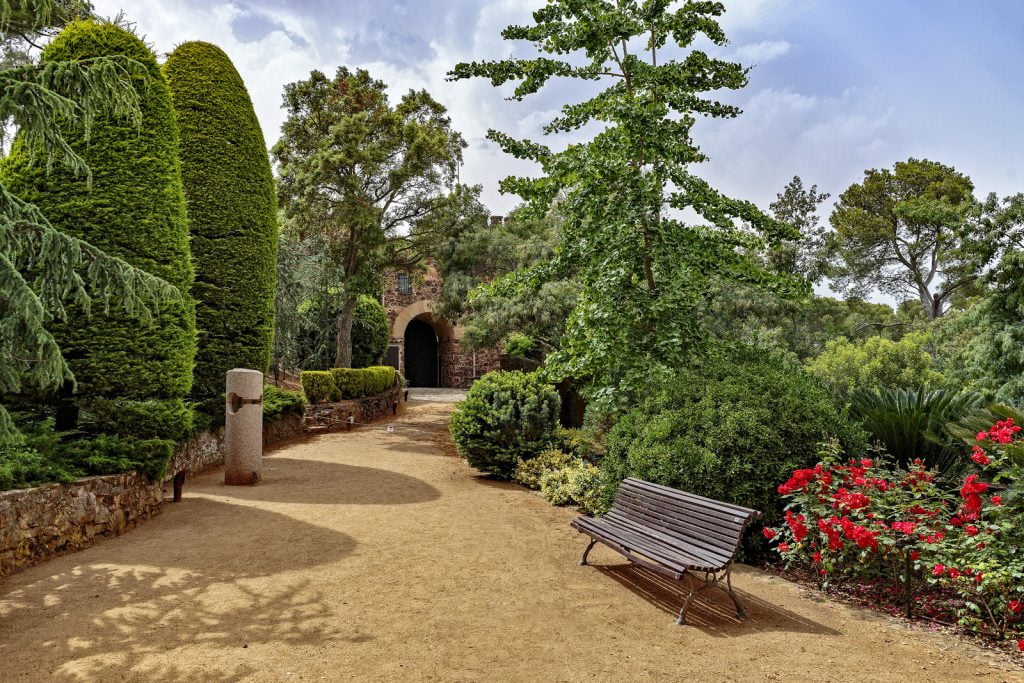 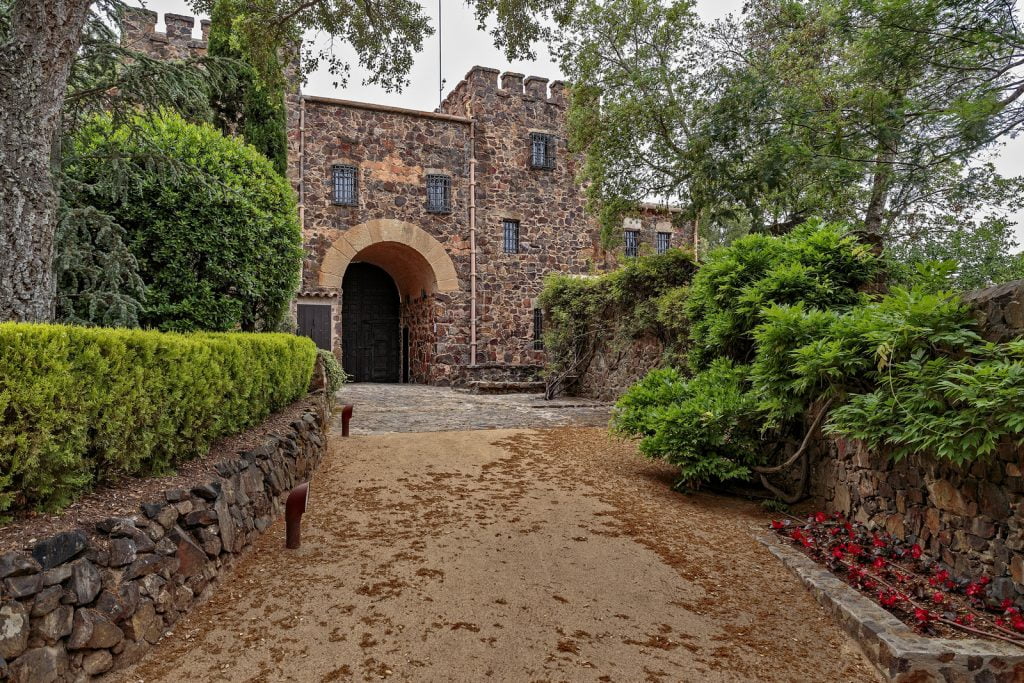 Those same towers. Previously, the main entrance was located here.
*** 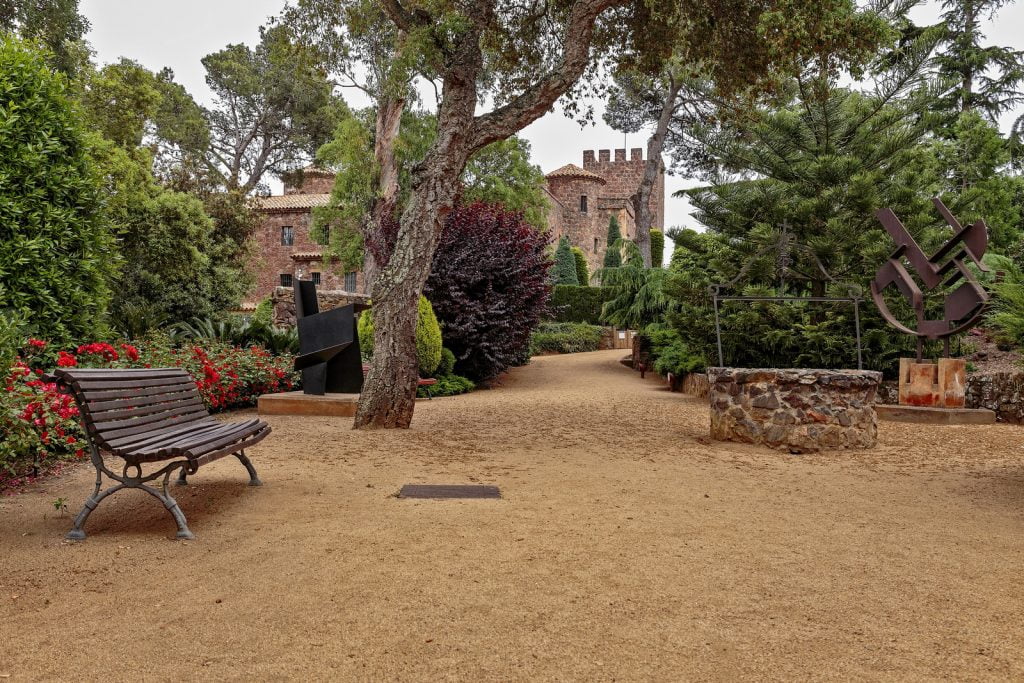 View of the castle from the “Alley of Towers”.
*** 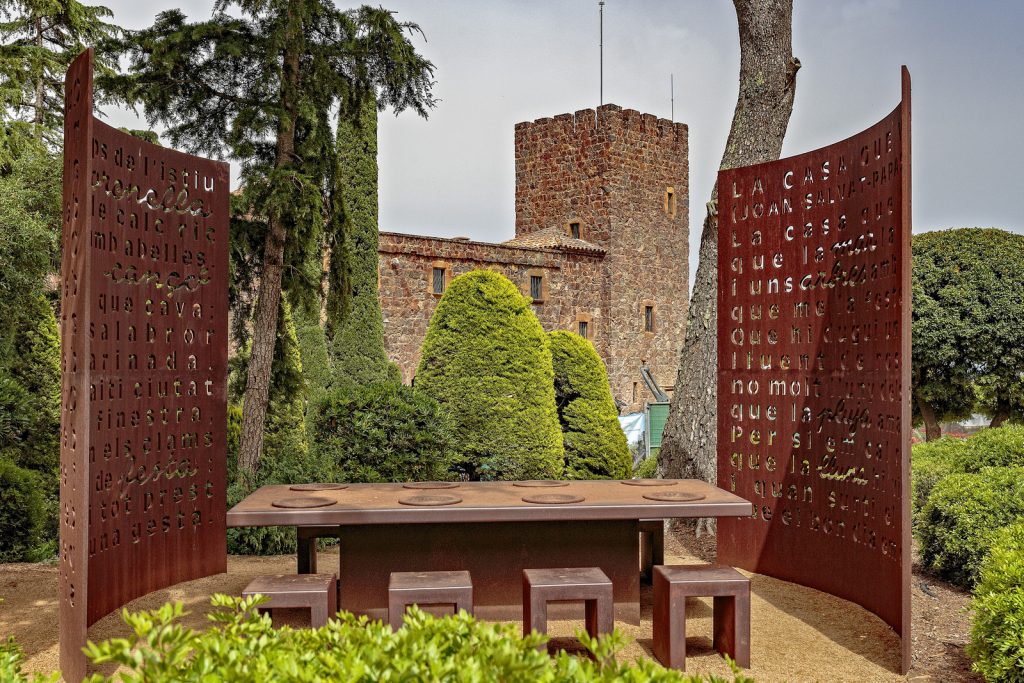 Composition by Catalan artist Quim Domene called Pic Nic (2008) overlooking Cap Roig castle. Carved into curved sheets of metal are the words of the early 20th century Catalan poet Joan Salvat-Papasseit from his poem “La casa que vull” (The House I Want). The poem is about a dream house, roughly the same as the Voevodsky family built for themselves in this delightful place.

A more detailed story about the history of the creation of the magnificent Cap Roig gardens, as well as many photos can be viewed following this link in our blog.