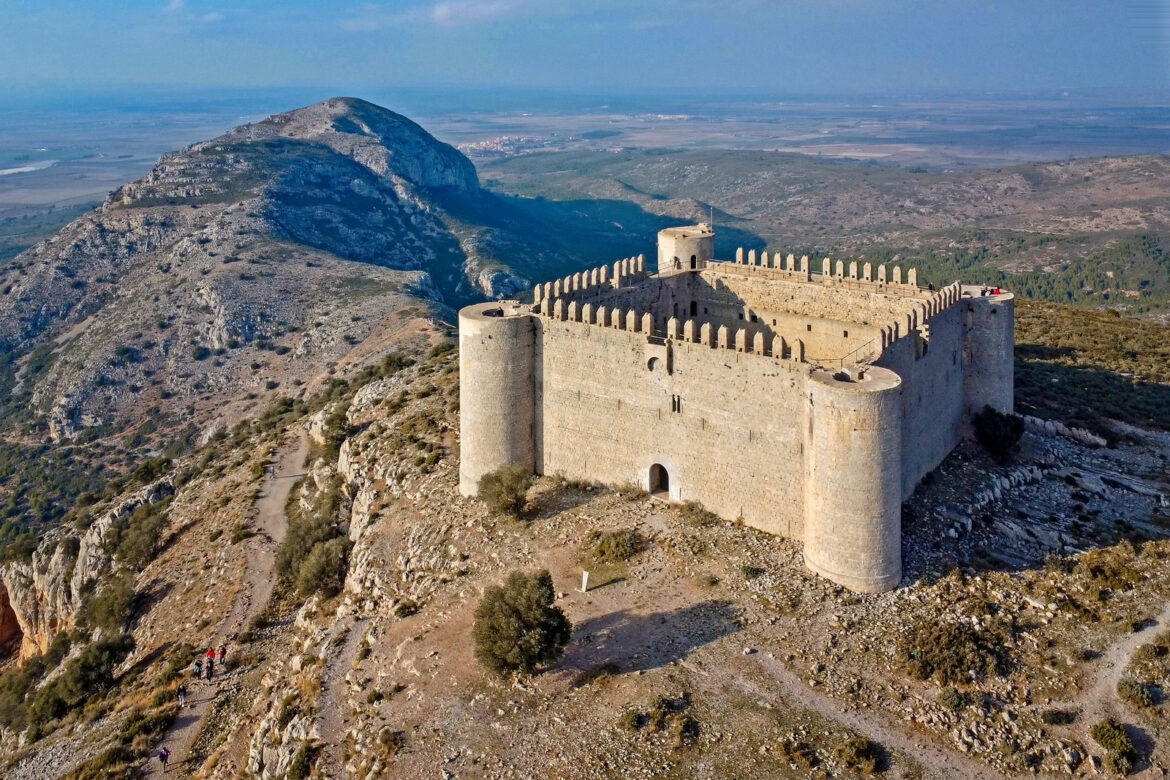 The small town of Torroella de Montgrí is located about 5 kilometers from the Mediterranean coast between the settlements of L’Estartit and L’Escala. The city is famous for its two ancient towers – the only surviving fragments of the once formidable medieval walls that surrounded the city – the square tower Portal de Santa Caterina and the notorious round tower Torre de Brujas (translated into English – the Tower of the Witches).
But today we will not walk around the city, but go on a pedestrian walk and climb up a mountain to north of Toroella, where the mysterious fortification is located – the Castell de Montgrí fortress.

The construction of the fortress was carried out in the period from 1294 to 1301 according to the then fashionable European project, developed during the time of the Crusades – a regular tetragon with four corner towers. The reason for the construction was the internecine troubles between the counts of Barcelona, ​​who ruled in Toroella de Montgri, and their neighbors from Ampuria. Apparently, the construction of the fortress was more expensive, so the counts from Barcelona solved the problem radically – they simply captured Ampurias and the issue was closed by itself😃.

Fortunately, the walls of the unfinished fortress have survived to this day, have been restored and now we have an excellent opportunity to admire this medieval building. As a reward for those who can overcome the difficult climb – breathtaking views of the sea and the surrounding valley! 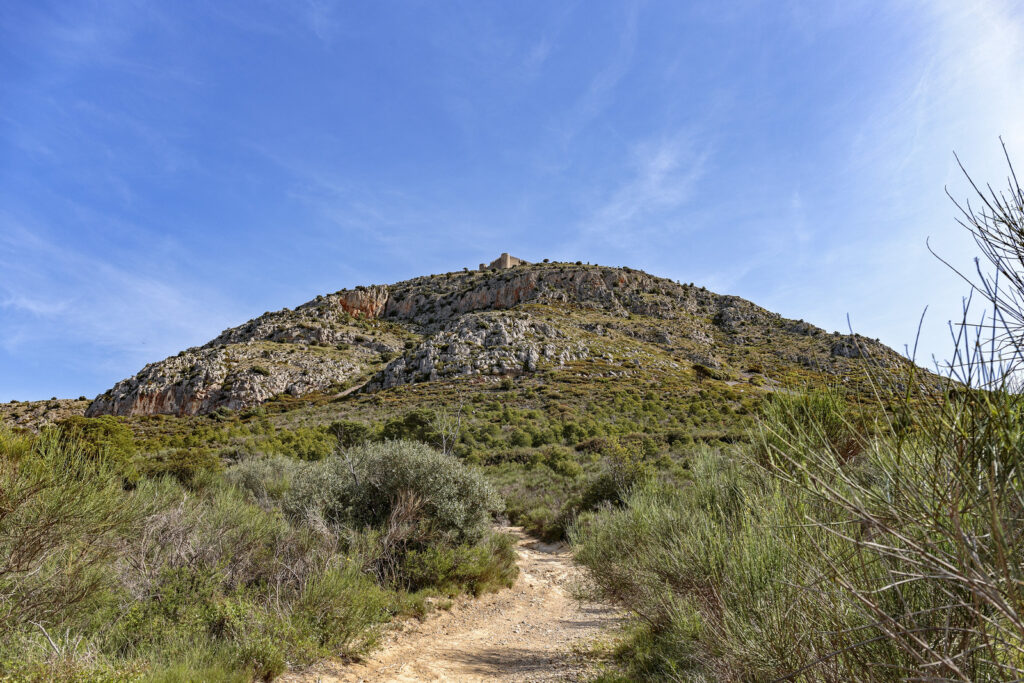 There she is, the hilltop fortress.
*** 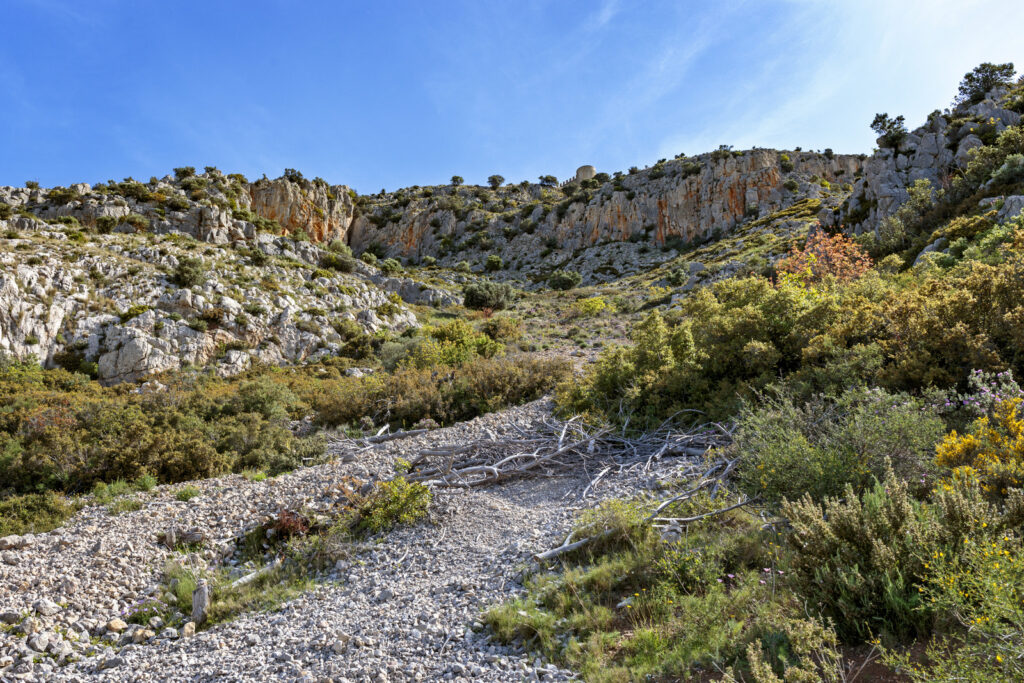 It seems very close, but the ascent will take from 40 minutes to 1 hour, depending on your athletic training!
*** 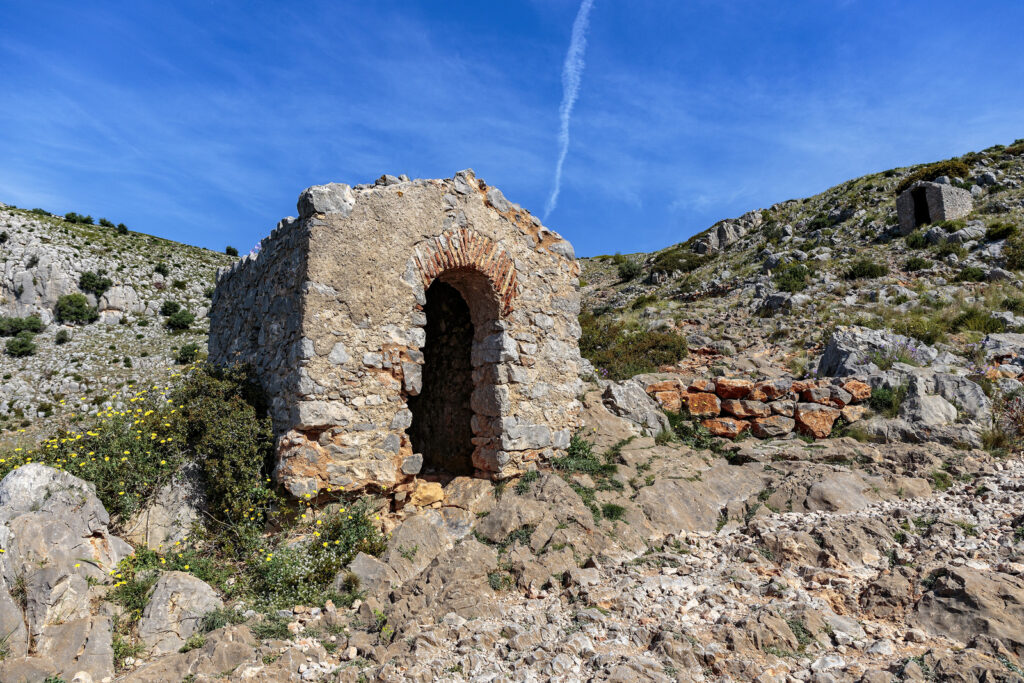 On the way, there are such structures, built, most likely, by shepherds as a shelter from the rain. Pay attention at the trail, this is what most of the path looks like, so choose the right footwear for your trip to the fortress!
*** 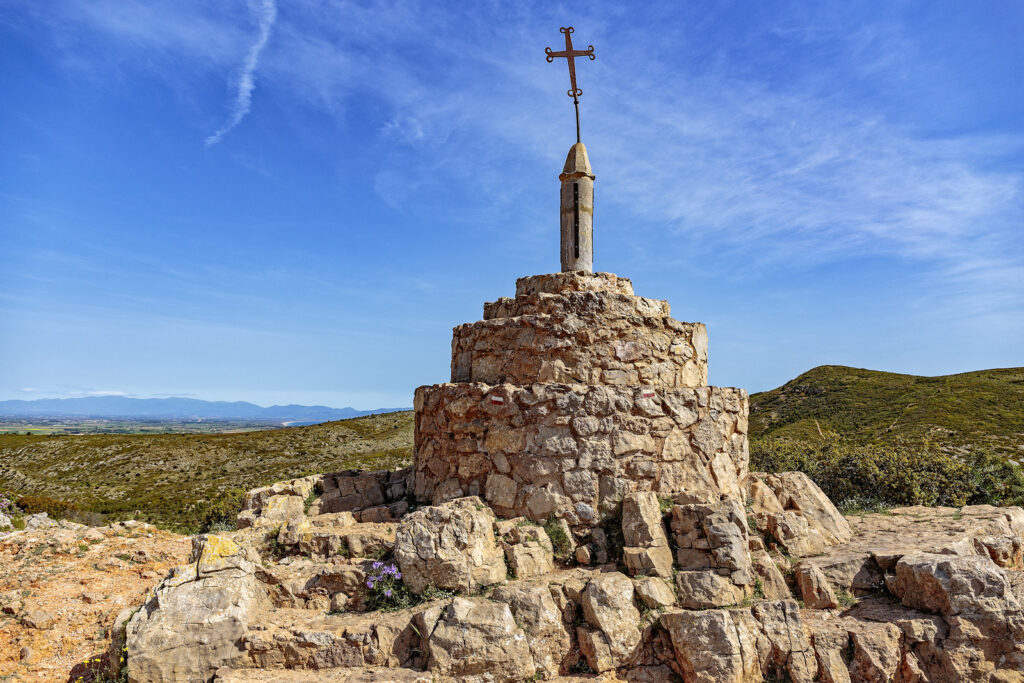 The cross, erected in honor of St. Catherine, is about half the way. Here you can relax and take a breath.
*** 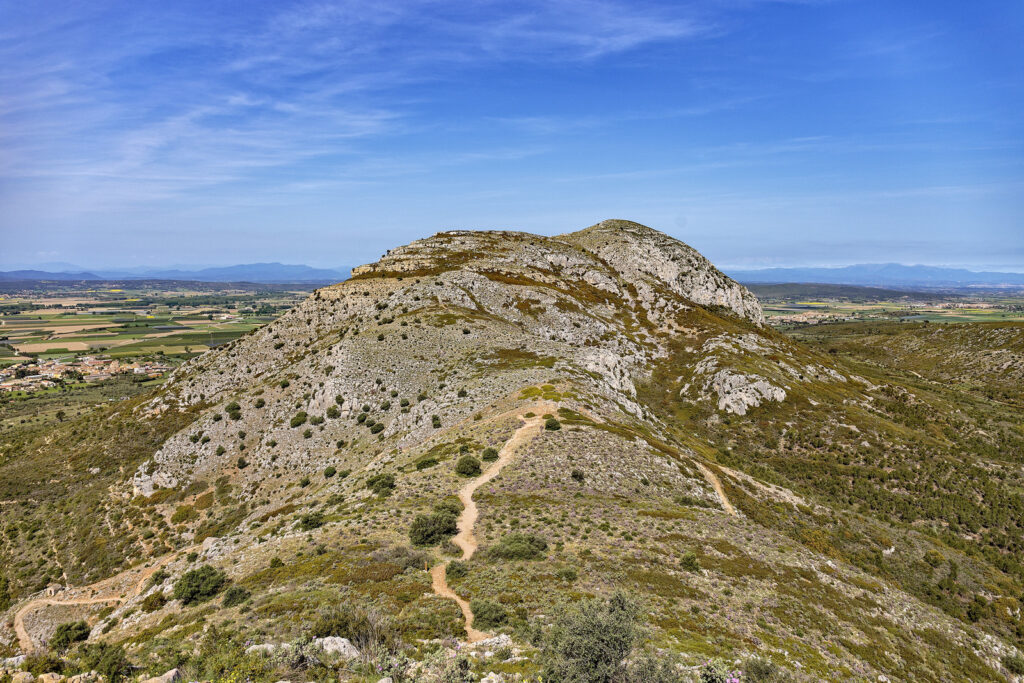 The views of the surrounding mountains and valleys are just incredible! 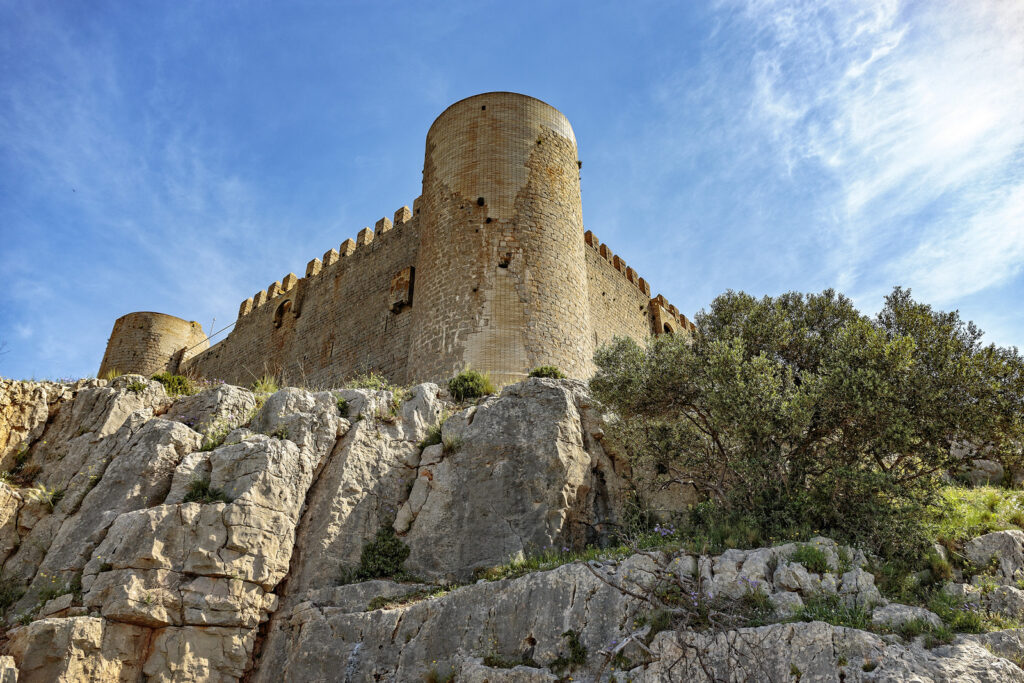 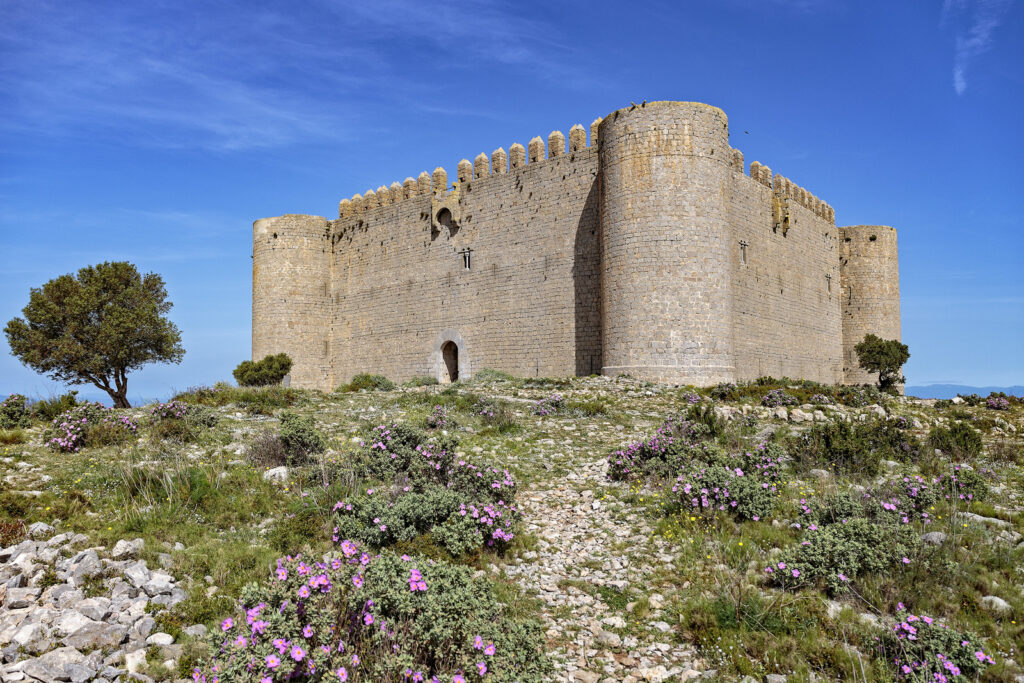 The entrance to the fortress is on the south side.
*** 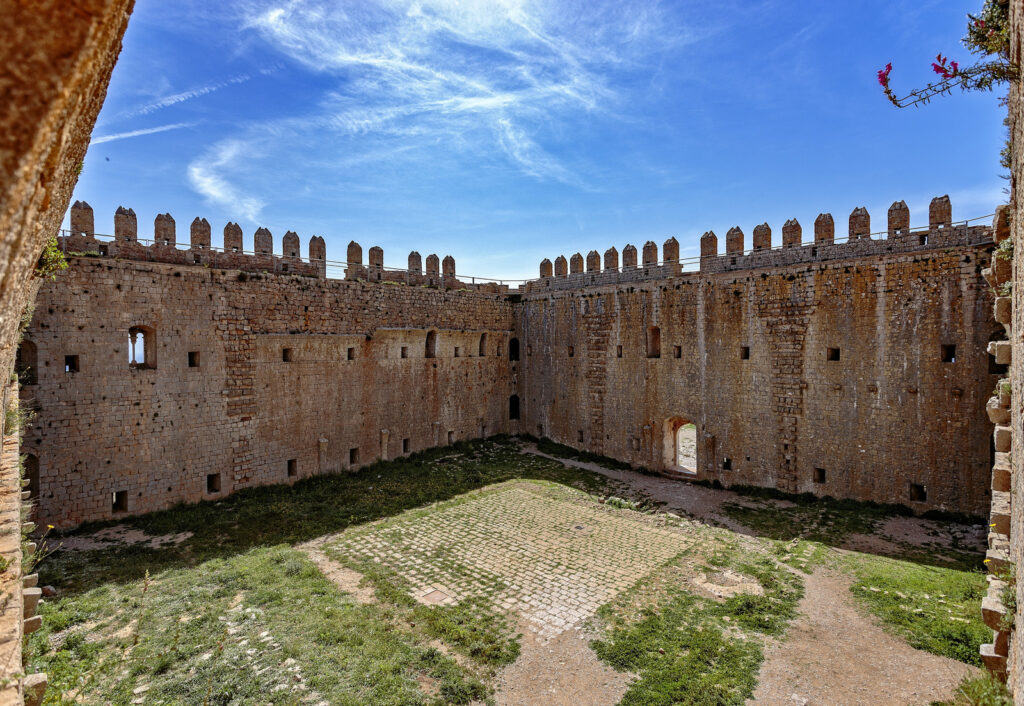 We go up the narrow spiral staircase. View of the inner courtyard of the fortress from the intermediate floor.
*** 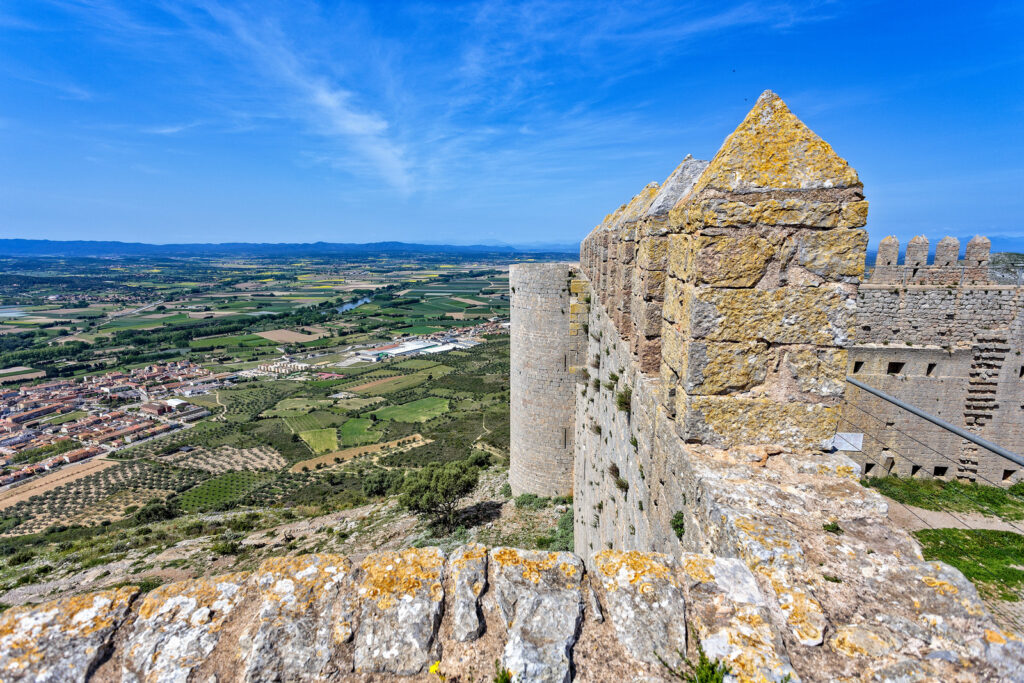 And here we are on the topmost floor of the fortress. Bottom right – the city of Toroella de Montgri.
*** 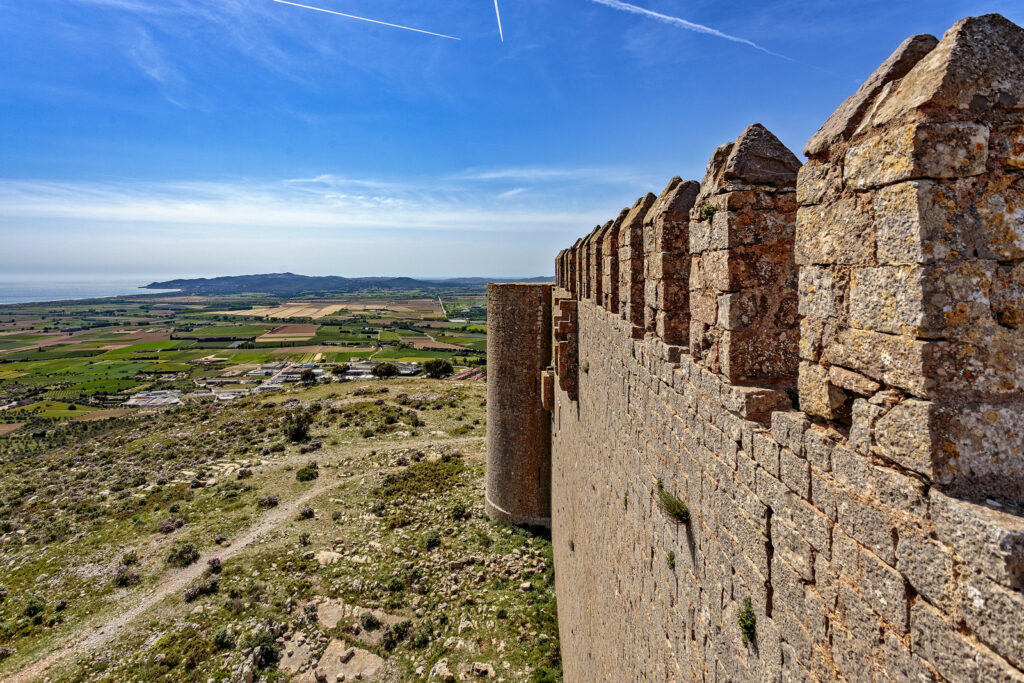 On the far right, the coastline of Begur. 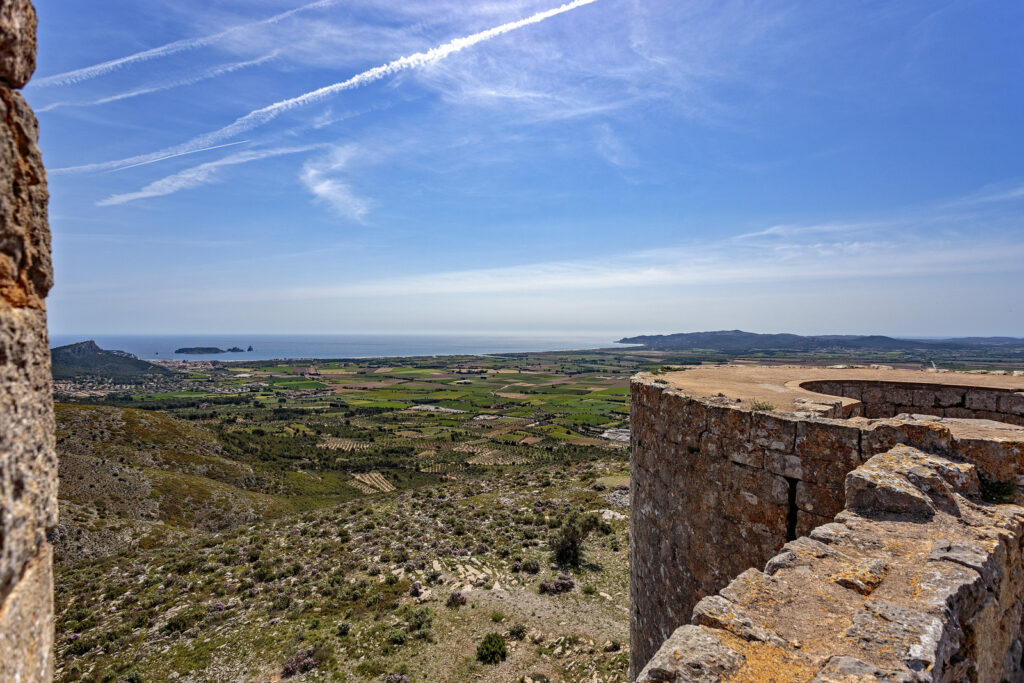 View of Estartit and the Islands Medas.
*** 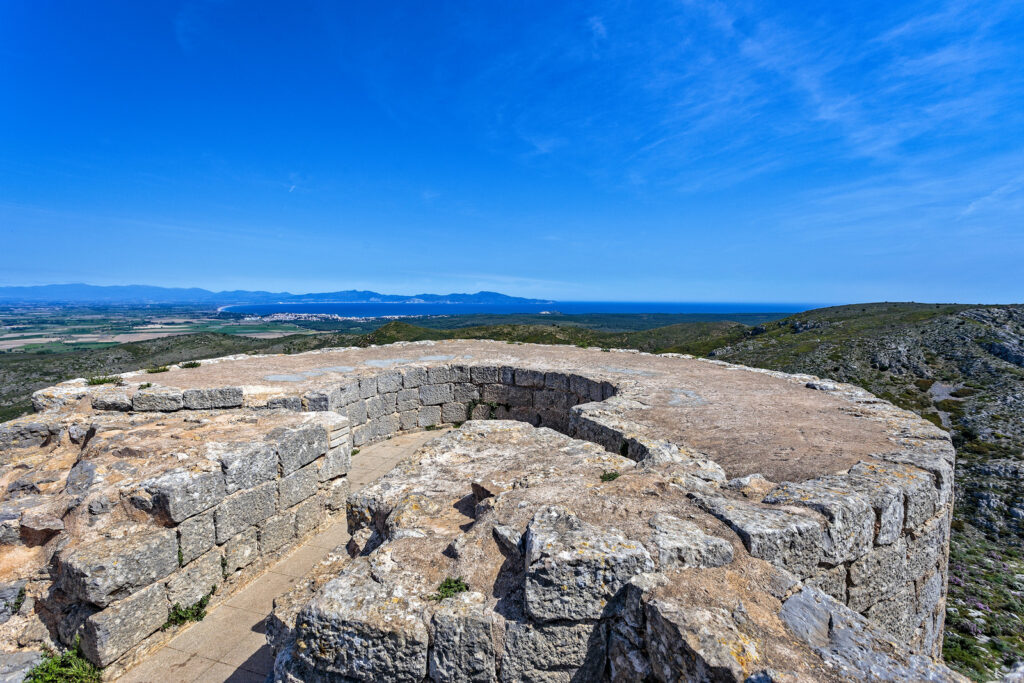 On the horizon are Roses Bay and Cap de Creus.
*** 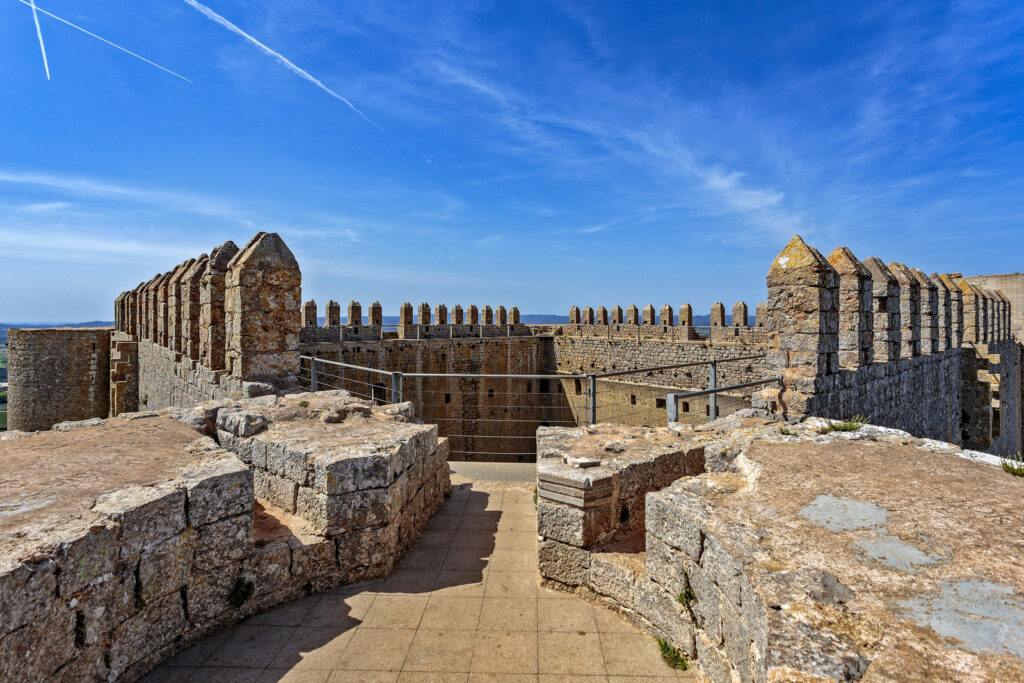 View from the tower to the inner courtyard of the fortress.
***

And this is how the inner courtyard of the fortress looks like in a spherical panorama.
*** 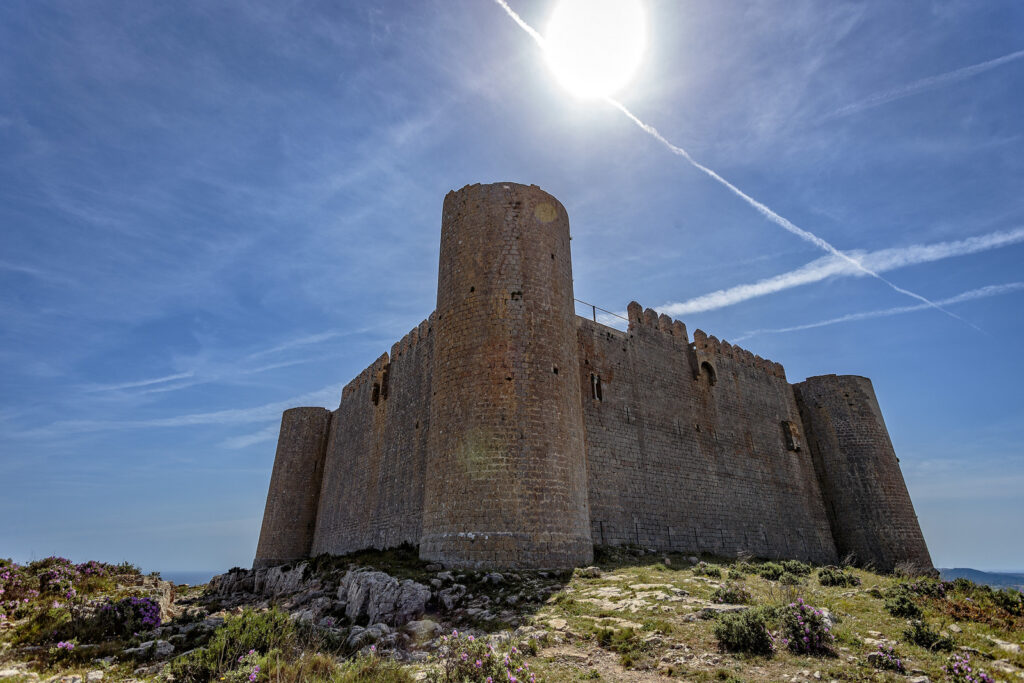 We go around the fortress.
*** 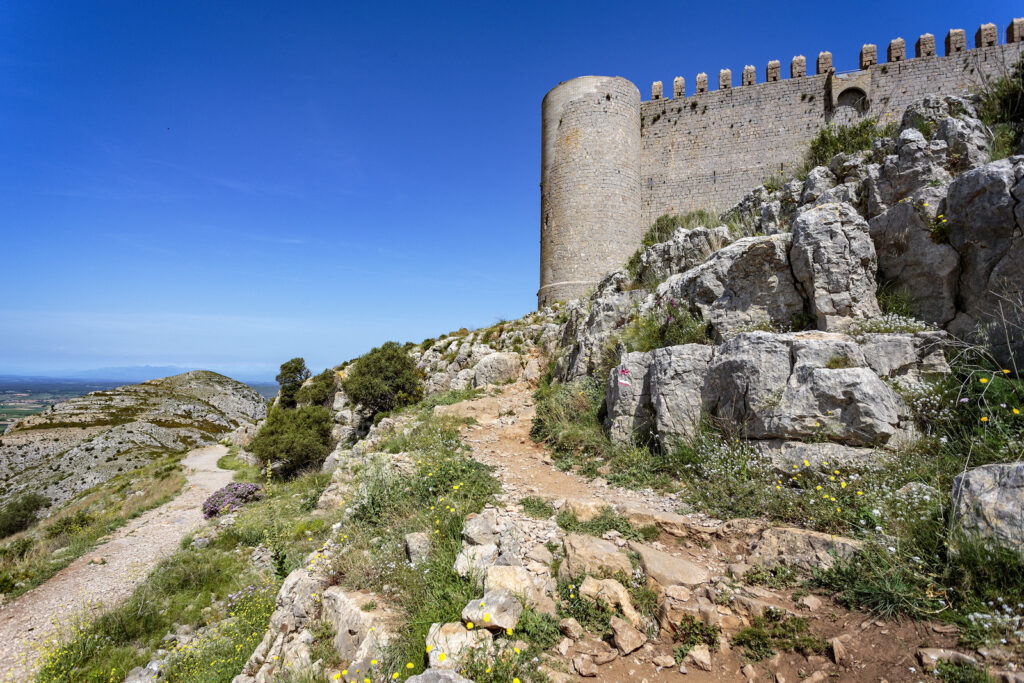 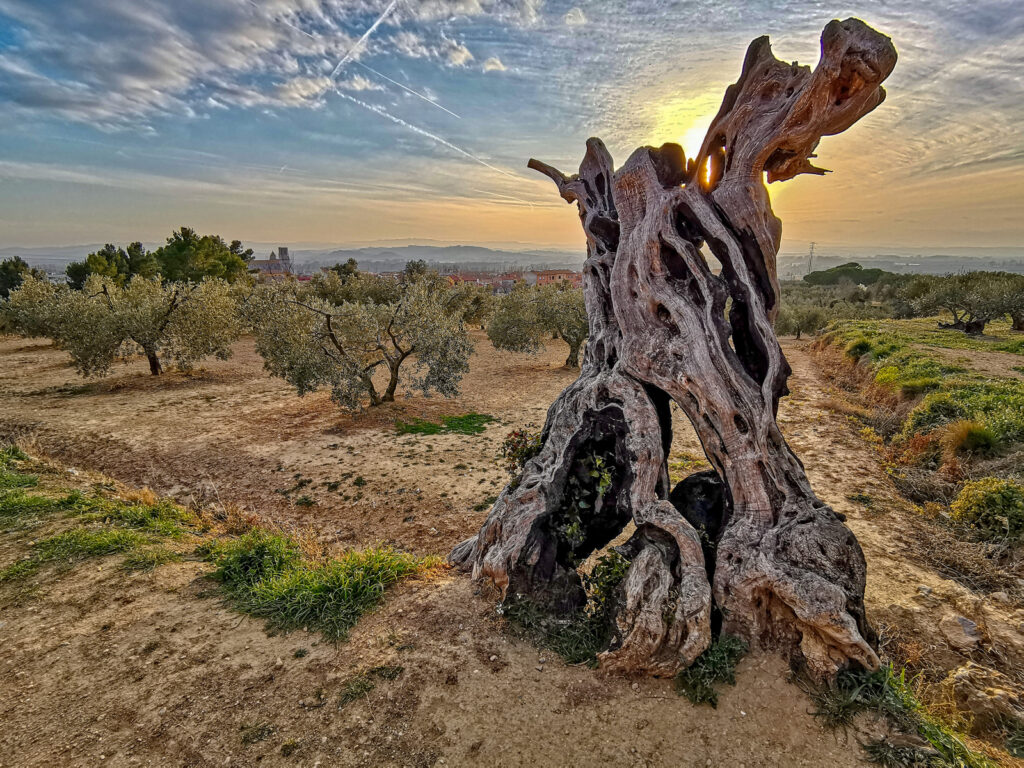 The final part of the descent passes by a picturesque olive grove.
***

And finally – a short video with a bird’s eye view of the fortress.

A more detailed story about the history of the creation of this fortress, instructions for planning a trip, as well as even more photos can be found in our blog following the link.