Fortress of St. Fernando in Figueres 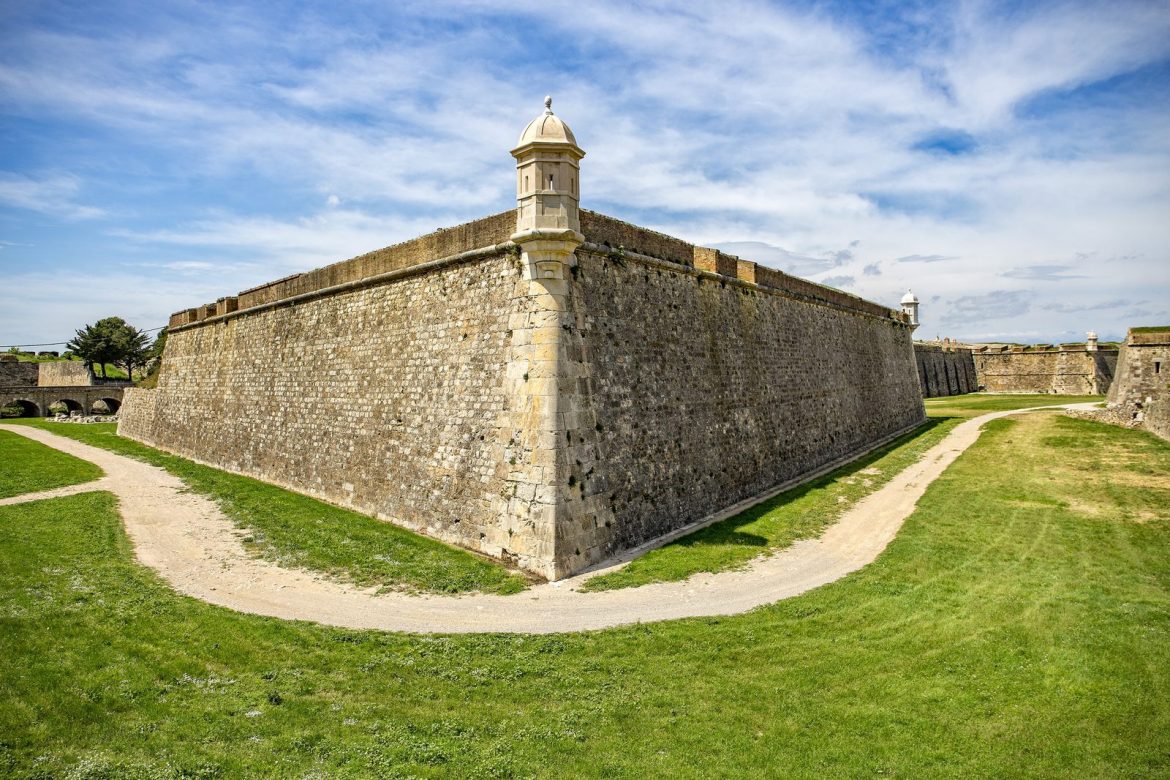 When visiting the city of Figueres, most of the tourists usually aim at visiting the Salvador Dali Theater-Museum – and this is really a must-see place.

However, only a small part of the guests of Figueres knows that, not far from the Dali House Museum, there is another prominent landmark. Namely, the Fortress of St. Fernando in Figueres (Castillo de San Fernando), the largest bastion type fortress in Europe, founded in 1753.

The fortress was vital for Spain to protect itself from the encroachments of the peace-loving neighboring France. The fact is that under the terms of the Treaty Of The Pyrenees peace agreement of 1659, the northern part of Catalonia was ceded to France, and with it all the defensive structures of that time, leaving the borders of Spain without proper supervision.

The construction was carried out thoroughly, no money was spared. The project was breathtaking – the fortress could house a garrison of 4,000 people, the underground stables could fit 450 horses, and the supply of food and water should have been enough for a whole year of siege!

According to the tradition of those years, the fortress was named in honor of the Spanish monarch Fernando VI, who ruled at the time of the foundation of the fortress. Unfortunately, he did not have time to enjoy the finished creation, and after the death of the king, the construction was delayed for almost 40 years, and many objects were never completed. And the good-natured French already in 1794 laid siege to the fortress and took by storm, and then repeated it again and again in 1811 and 1823, showing no respect for this wonderful gem of fortification science.

Salvador Dali himself, as a young man, did military service here in 1925. In the last days of the Civil War in Spain, the last meeting of the Republican Cortes in history was held here. And after the remnants of the republican troops left for France, Soviet specialists blew up one of the forts where the ammunition depot was located.

We invite you to take a short virtual tour of the Fortress of St. Fernando. 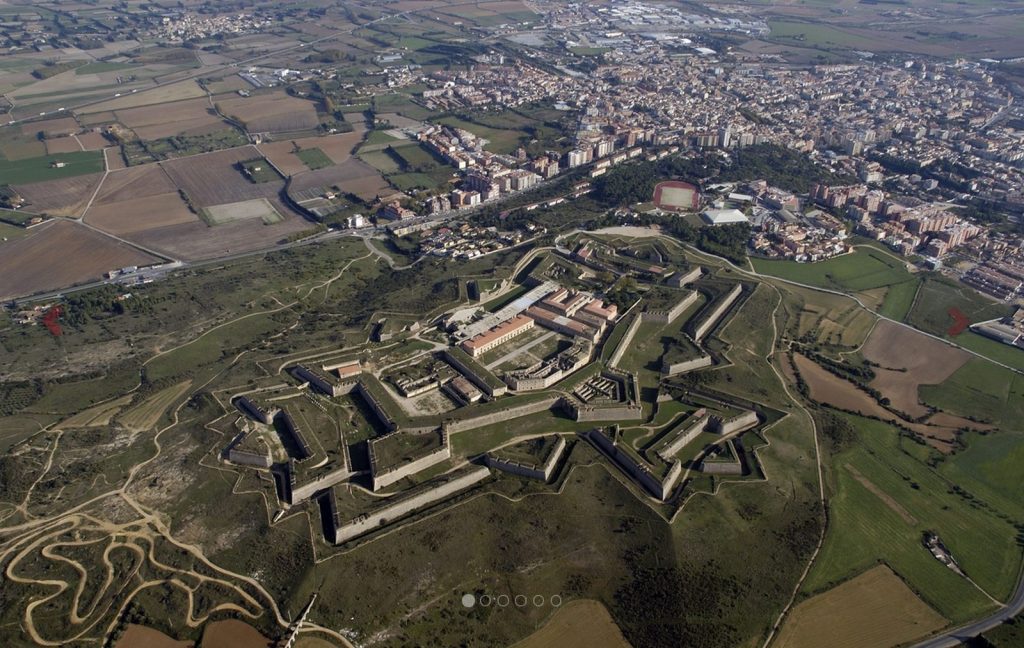 Bird’s eye view of the fortress of St. Fernando. Photo taken from the official web site.
*** 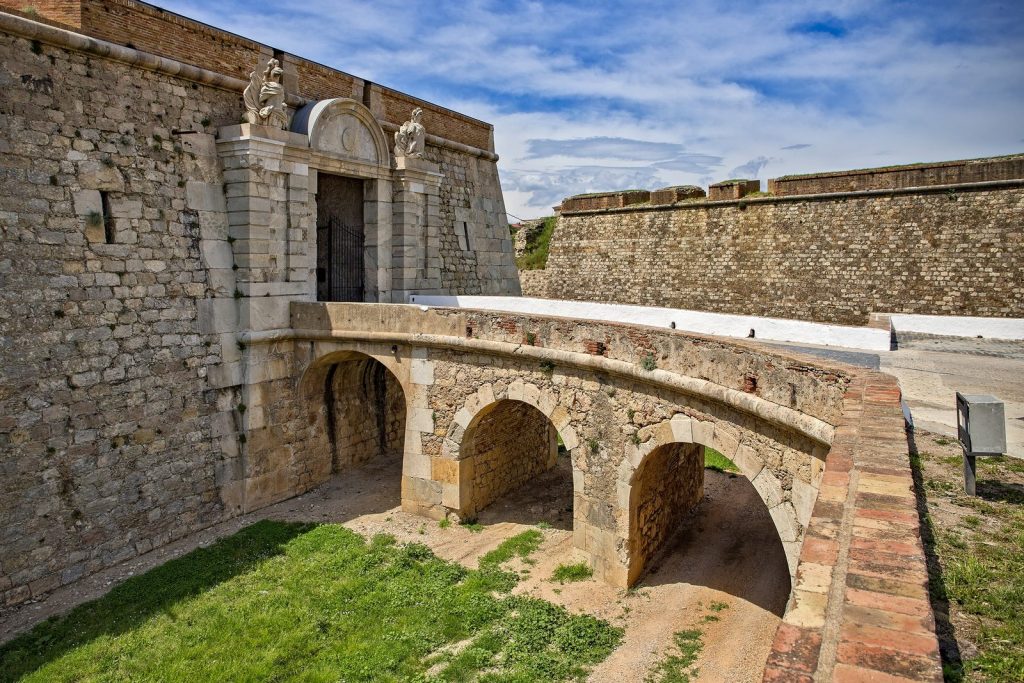 Entrance to the territory of the fortress.
*** 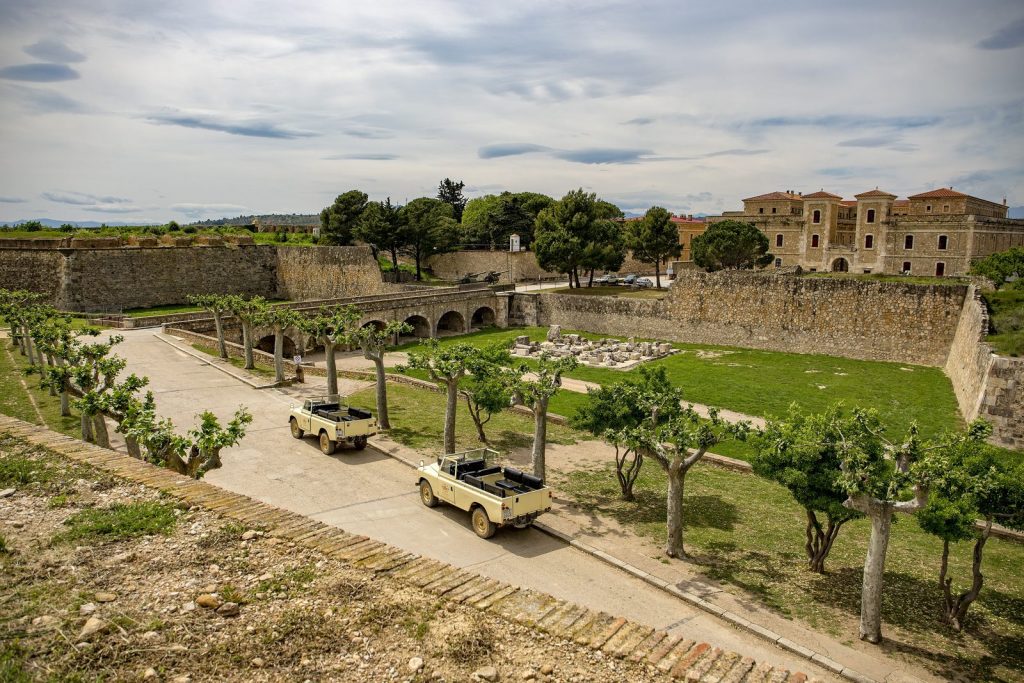 At the end of the bridge, where the cannons now stand, there was a monumental and beautiful main gate of the fortress. They were blown up during the Spanish Civil War in 1939. The surviving wreckage is stacked below; perhaps one day it will be possible to restore their historical appearance.
*** 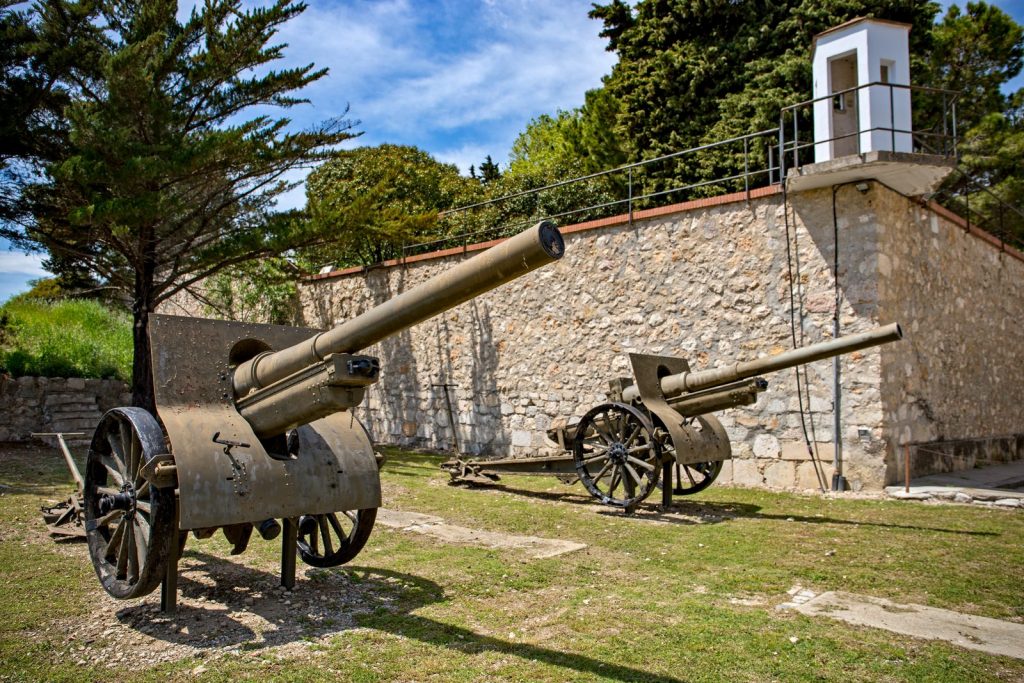 The formidable cannons are a reminder of the fortress’s glorious military past.
*** 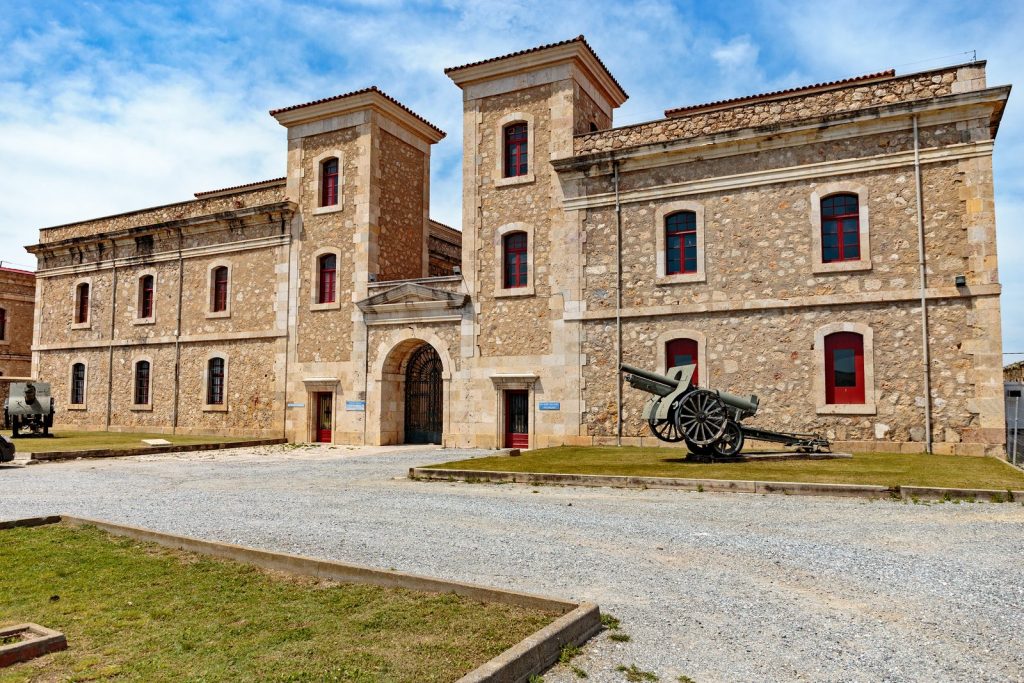 The building of the fortress arsenal. 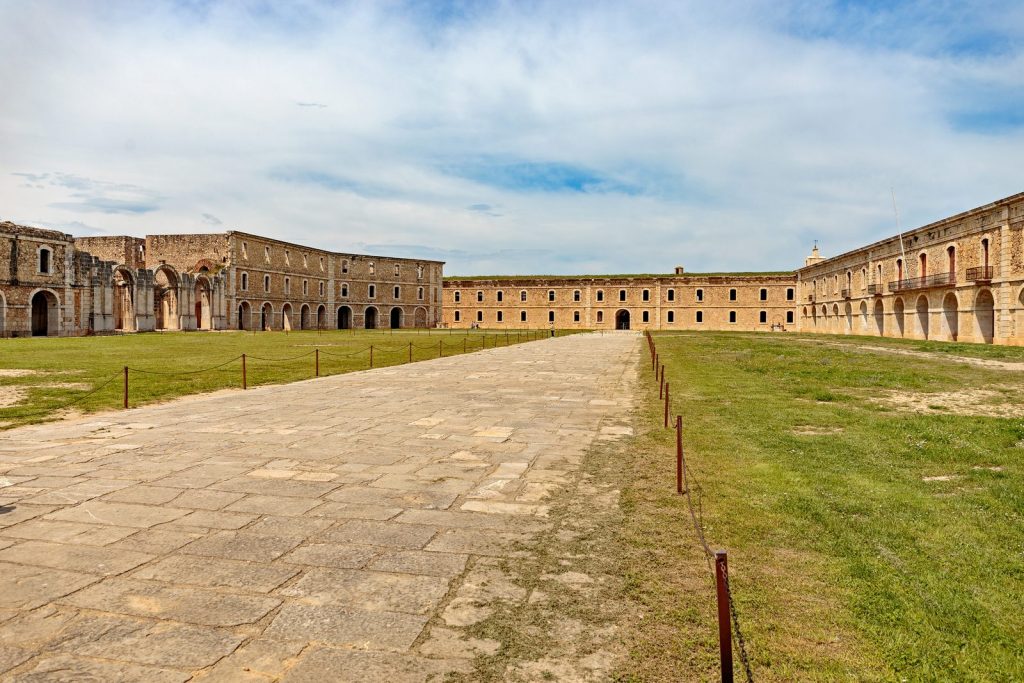 The main parade ground of the fortress.
*** 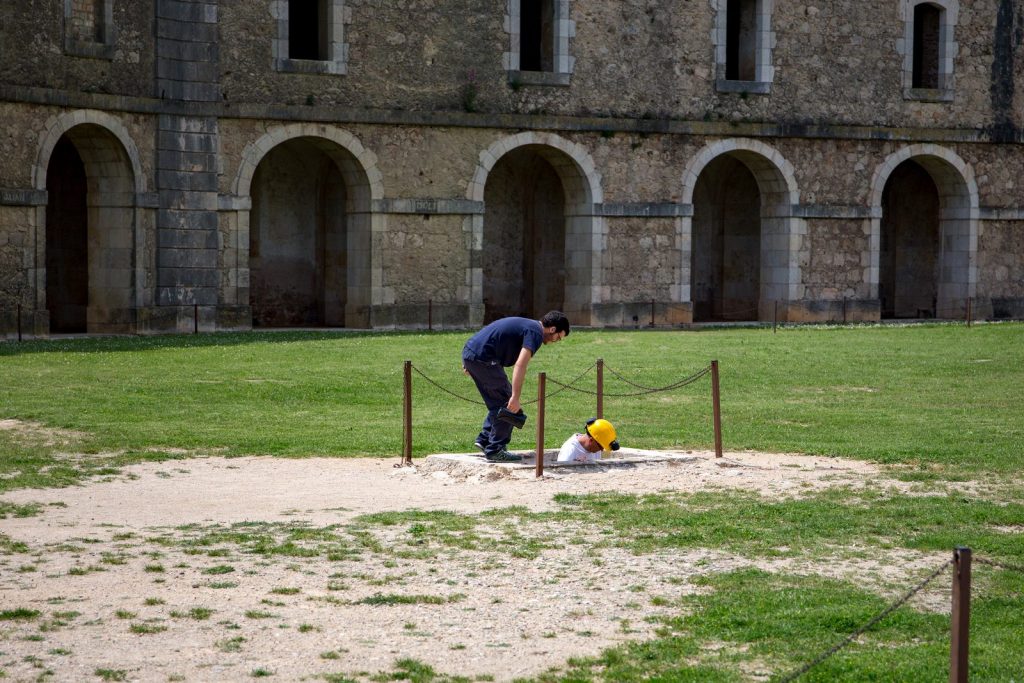 Nearby, some people suddenly disappear underground. This is a descent to underground water reservoirs; you can take a tour on an inflatable rubber boat – a test not for the faint of heart!
*** 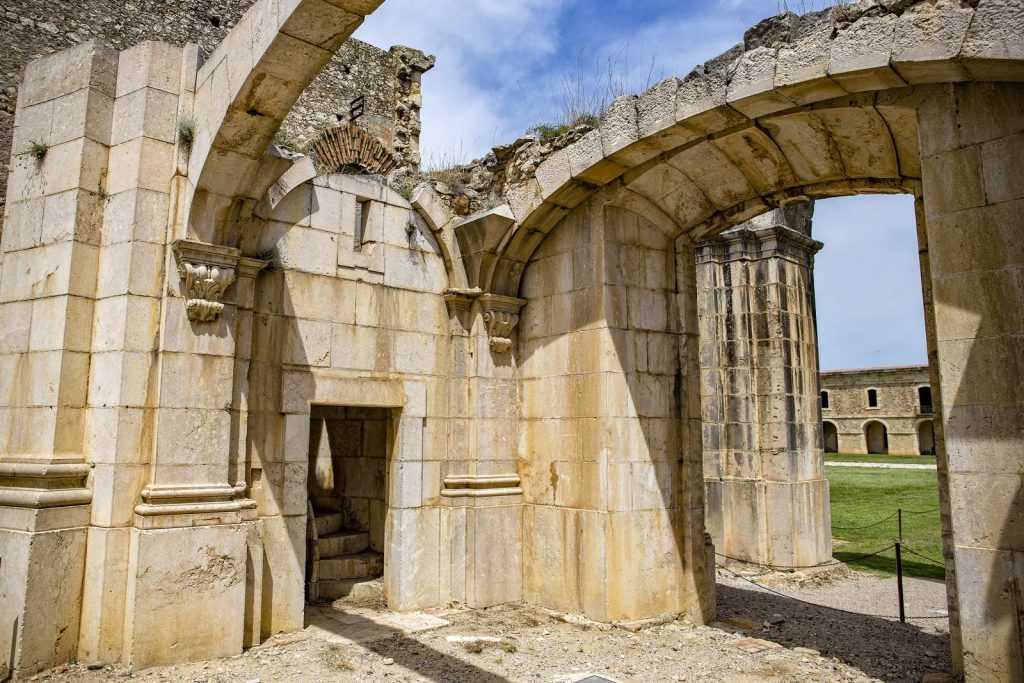 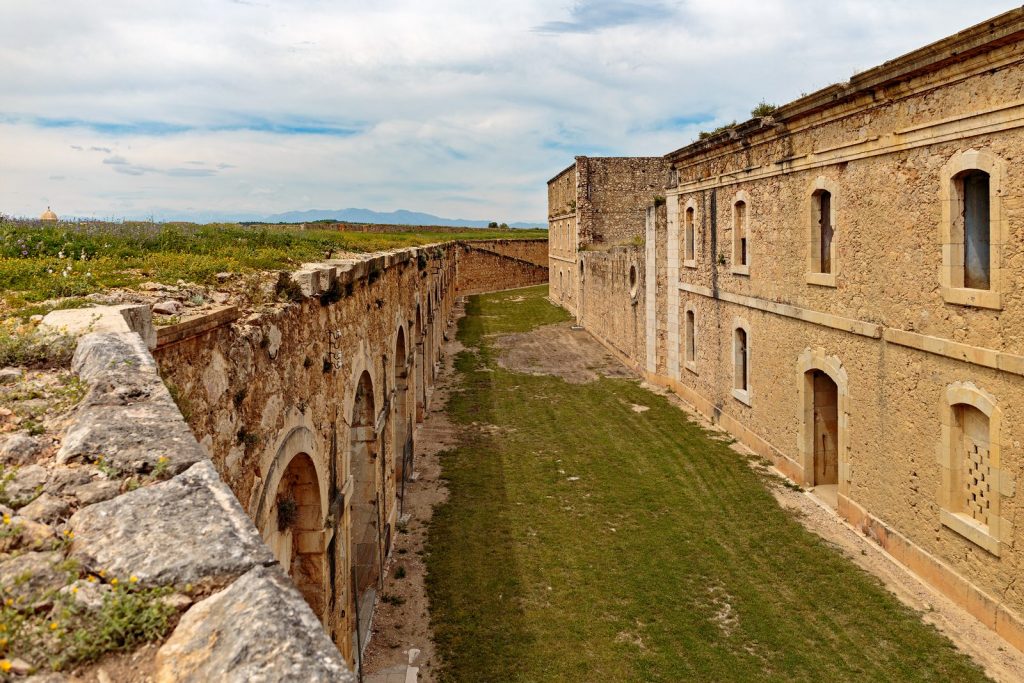 The buildings inside the fortress are built in such a way that they are maximally protected from enemy bullets.
*** 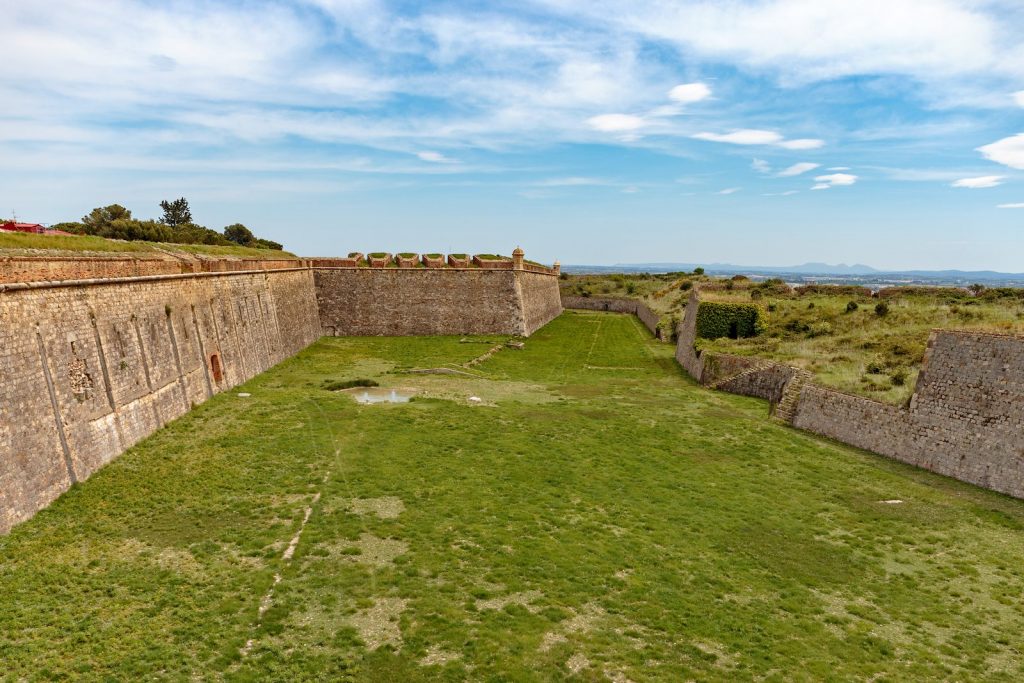 The fortress is surrounded by an extensive system of ditches and bastions, one can only sympathize with the besiegers. 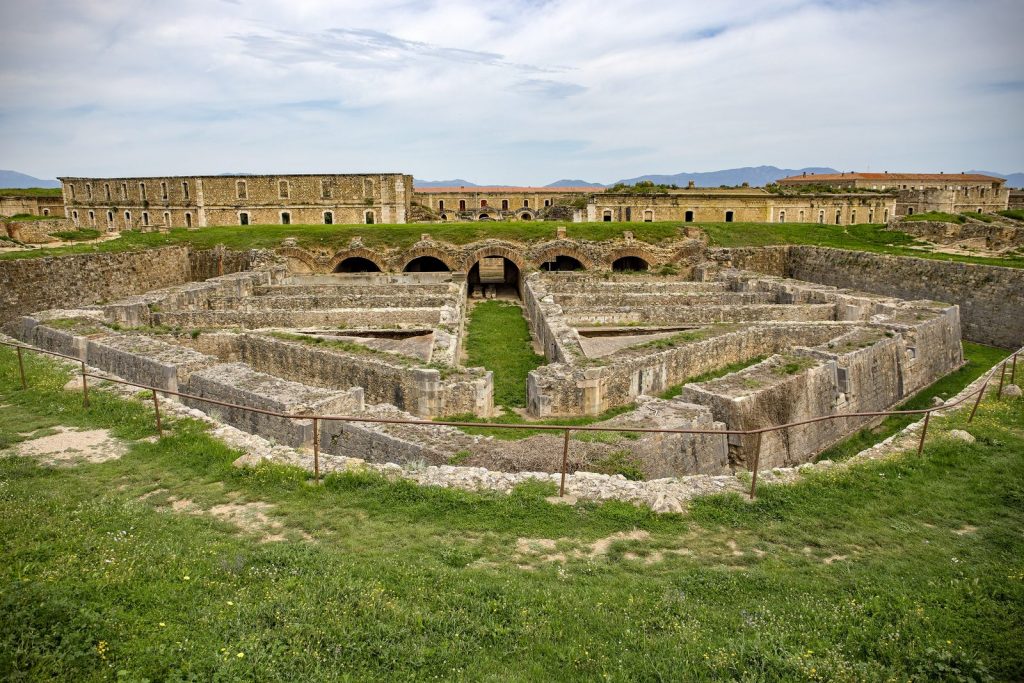 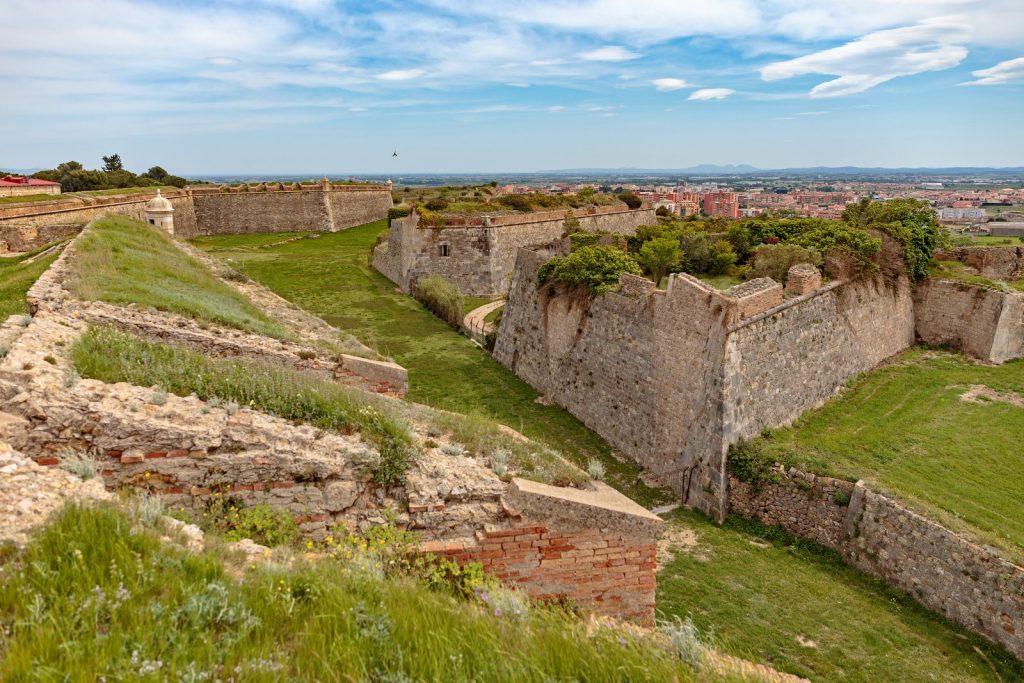 The modern houses of Figueras are clearly visible behind the fortress walls.
*** 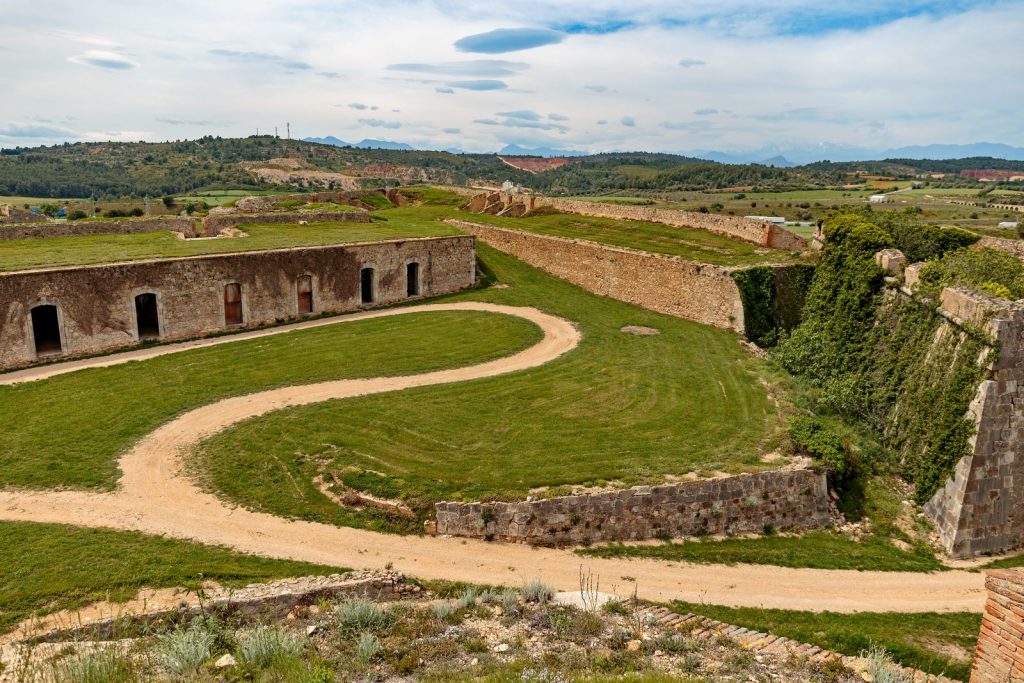 Without a map, you can definitely get lost here!
*** 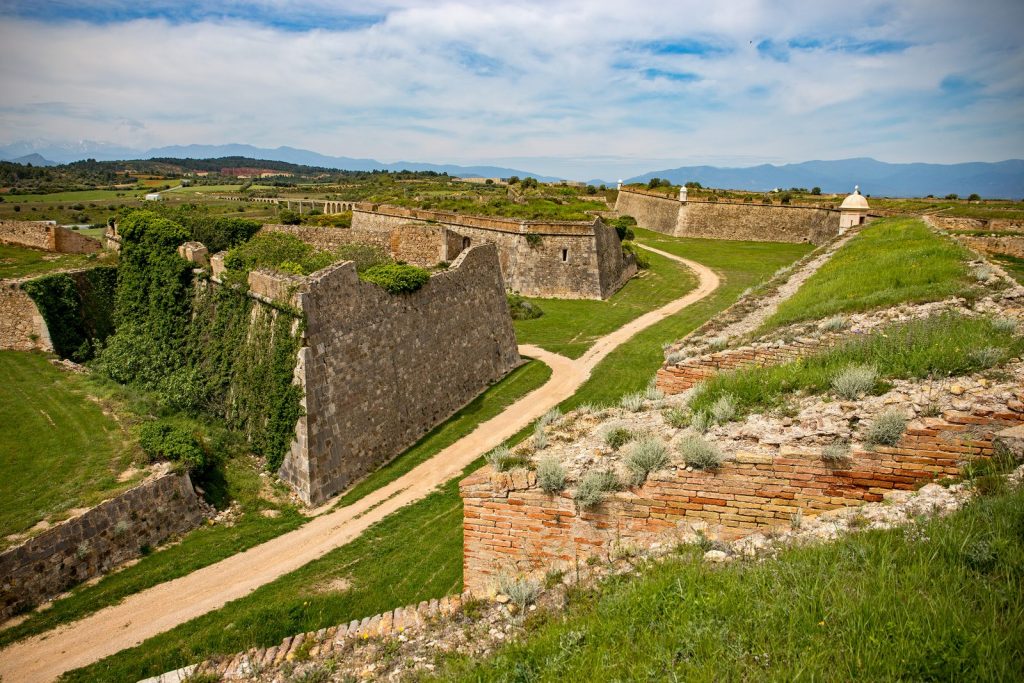 Above the fortress walls, on the left side of the photo, you can see the buildings of the aqueduct, which supplied fresh water to the fortress. The central part of the aqueduct was dismantled during the construction of the AP-7 highway and replaced with modern, wide-span pillars. 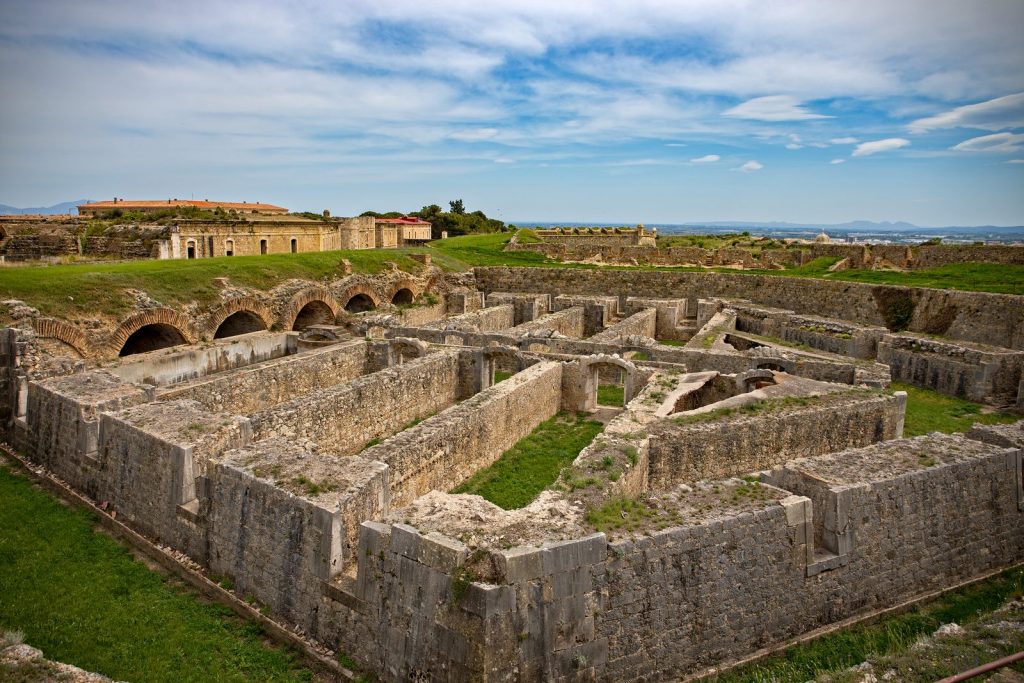 The scale of construction is amazing.
*** 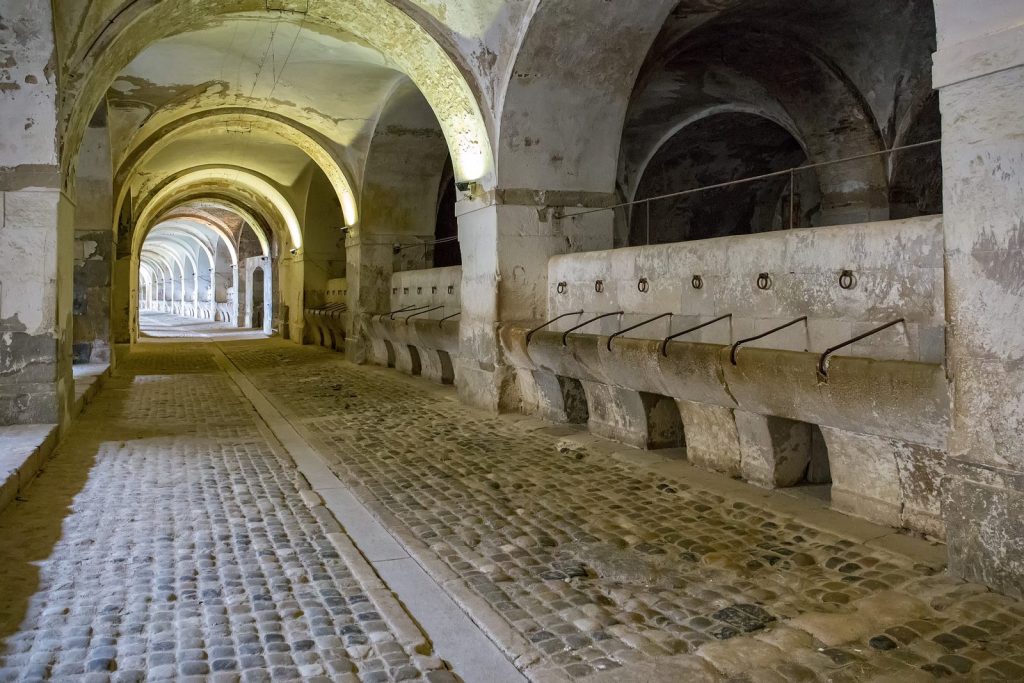 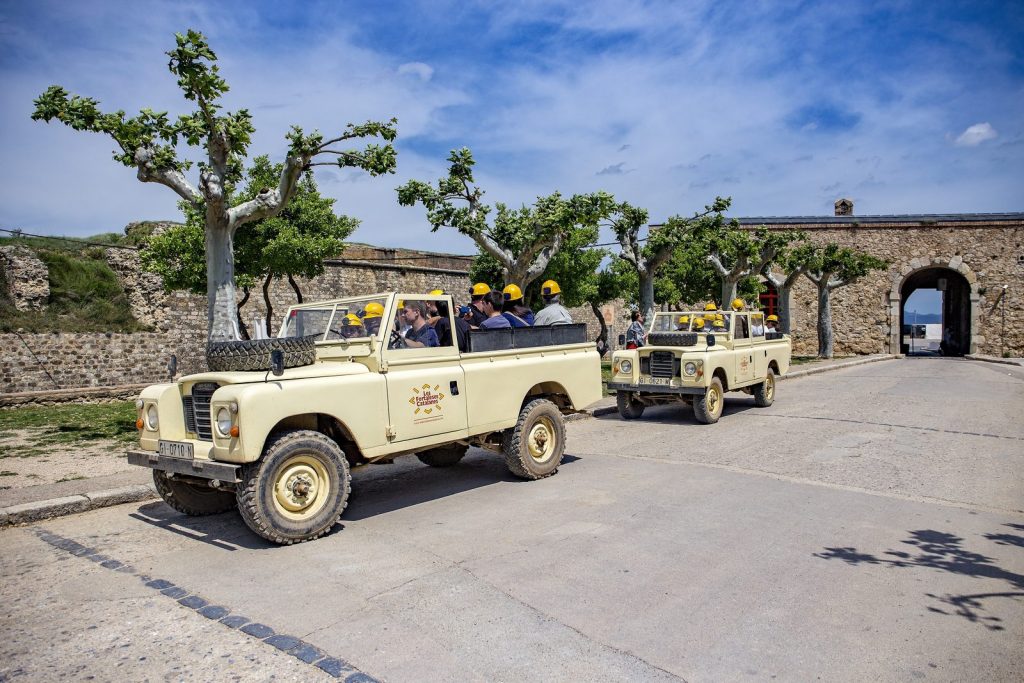 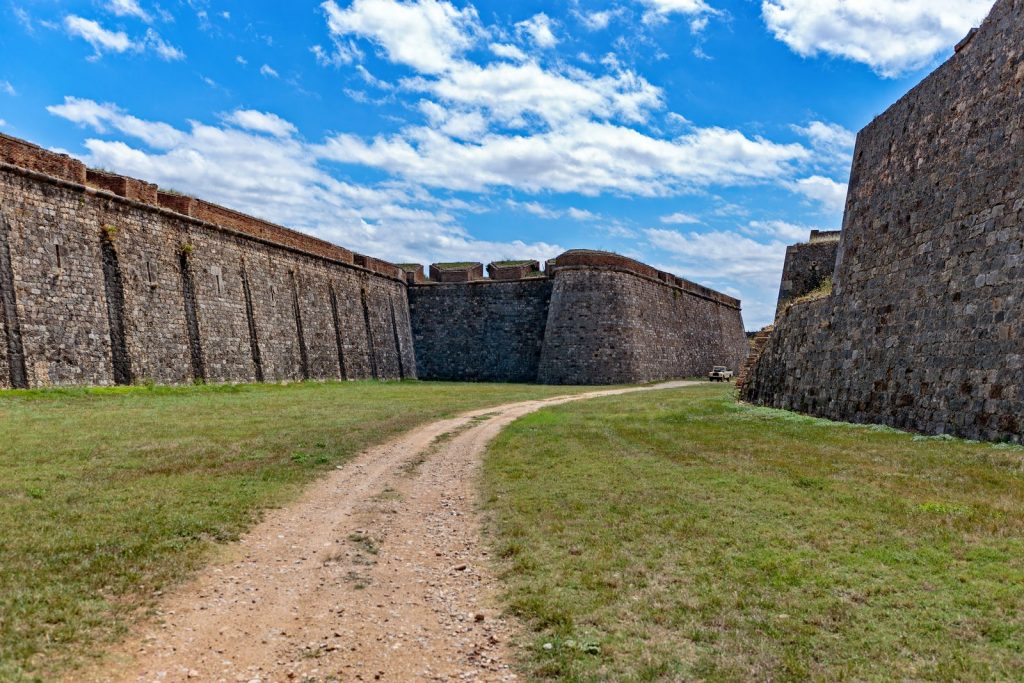 It is uncomfortable to imagine yourself in the role of an attacker, being at the foot of the fortress walls.
*** 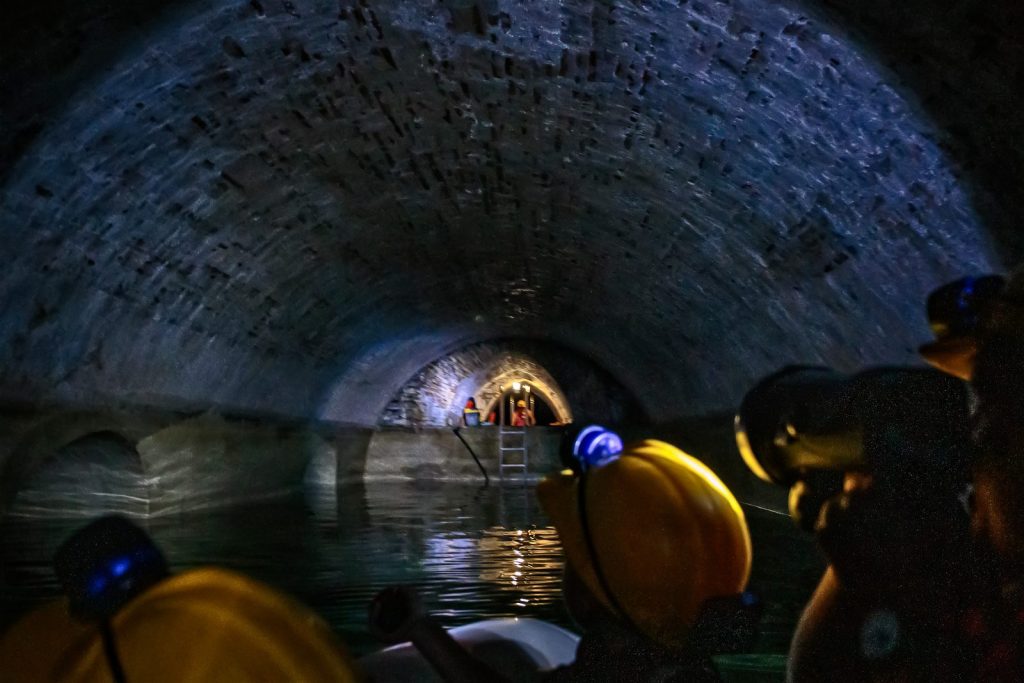 Ride a rubber boat through underground reservoirs. The filling of these reservoirs was stopped after the dismantling of part of the viaduct during the construction of the AP-7 highway many years ago, but the water is still cold, clean and clear.

A more detailed story about the Fortress of St. Fernando in Figueres with photos can be viewed in our blog following the link.